You Fool Me Every Time, Old Man 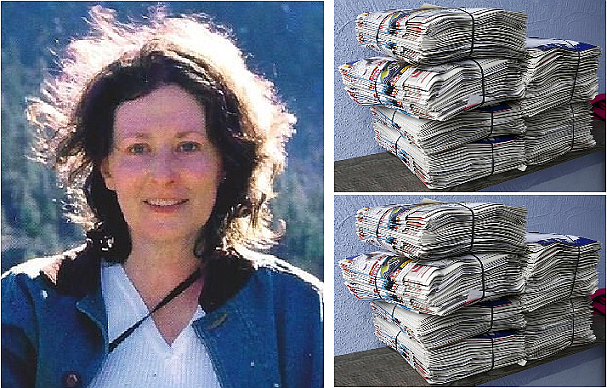 ...by Michelle Roedell, Editor, Northwest Prime Time
“Here comes the paperboy!” was the familiar refrain I heard over and over from men with big grins. The joke, of course, is that I’m a grown woman. They said it when they saw me coming to their senior center or retirement community or library with a stack of newspapers. Men found the remark hilarious, and I always grinned back.

The women would typically smile and call me dear and honey and sweetheart. I always smiled back.

The truth is, I loved these interactions with seniors on my route delivering Northwest Prime Time. In addition to serving as owner, publisher and editor, I delivered the senior publication on and off for more than 22 years.

We hired distribution companies to deliver the majority of copies – after all, in the end we were printing more than 75,000 newspapers which were delivered to over 1000 locations throughout King, Pierce and Snohomish Counties. In case you’ve never tried it before, delivering so many copies to so many locations… well, it ain’t easy, as my dad would say when he reverted to the vernacular of his youth for emphasis or humor.

I decided in the early days to take on this task. The first reason was that it saved us quite a lot of money each month. At one point I was delivering over a quarter of the printed copies. (Paying distribution companies to deliver the full route costs thousands upon thousands of dollars.) Plus, I learned a lot about good and bad locations to leave the paper, along with what a cut-throat industry distribution can be on occasion.

Most importantly, delivering the paper gave me insight into our audience, those grinning and smiling sweethearts, honeys and dear seniors I encountered on my routes.

Back in the olden days (the early 2000s when we first started publishing), I ventured far and wide within King County. I had to fill up our VW Bug three different times to get those newspapers to all the stops on my routes. You’d be surprised at how many I could stuff in there. Workers at the press warehouse would shake their heads about the little silver Beatle, which was often sandwiched between oversized delivery vans or even big rigs. Rotary Offset Press not only printed Northwest Prime Time, but also heavy hitters like The Seattle Times, The New York Times and so much more. The mighty presses, larger than some apartment buildings, were always humming.

Although my intention was to efficiently whisk in and out of places without bothering anybody or even being noticed, I always had time to chat with interested folks. The seniors I met were often friendly and curious about who I was and what I was doing. There was nothing better than when someone would say, “Oh good! It’s Prime Times. I love that paper.” Or people grabbing a copy, sometimes before I even set them down, to eagerly begin thumbing through the pages. I loved that.

One of the recurring themes I’d see at retirement communities were older folks all dressed up and waiting for a visit from a relative. I still remember a distinguished man in a powder blue suit and white tie, white shoes and matching belt, all complementing his silver hair and wide smile of pure happiness. I asked if he was on his way to somewhere fun, and he replied with so much pride and pleasure, “You bet. My son is picking me up for lunch!” Just a little hint to those of you with older parents or grandparents…I hope you have a visit scheduled soon. Better yet, many regular visits.

While I always had time to stop and chat with interested readers, delivering papers means you’re on a tight schedule if you want to get to the end of your route for the day.

I’d scurry around, running in and out, determined to stay on schedule.

But my focus was always interrupted at the Auburn Senior Activity Center. I’d pull up, stride purposefully towards the door and swing it open. That swinging motion pivoted me to the right. Then I’d gasp, because suddenly there appeared an old man who wasn’t there before, sitting on the bench right outside the door.

The man was a sculpture made from a steel plate. Walking towards the door, concentrating on a quick delivery, the thin edge of the steel plate that faced the street never caught my attention. Then, bam! When I turned to open the door, there he was in all his glory, looking at me. Soon I began muttering under my breath each time I saw him, “You fool me every time, old man.” 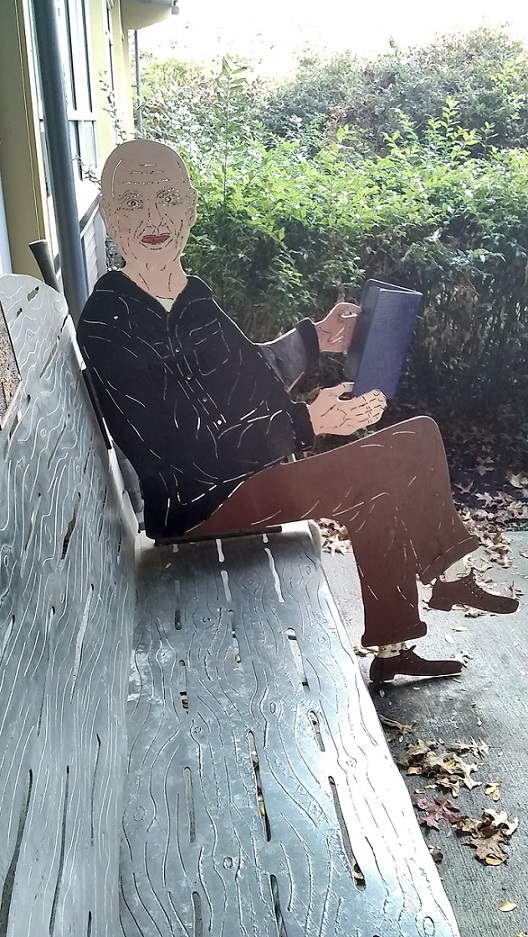 A sculpture at the Auburn Senior Activity Center 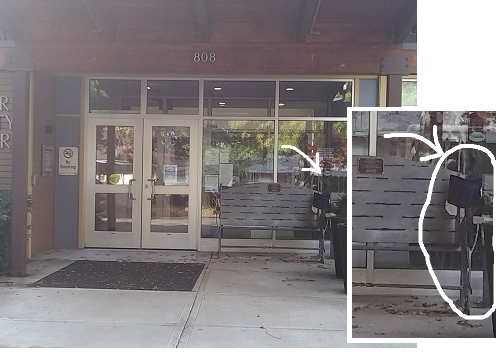 If you aren't paying attention, you won't notice that "someone" is sitting on this bench outside of the doorway to the Auburn Senior Activity Center
On a side note, I could tell that people felt sorry for me when they learned that I delivered the paper. It didn’t matter to them that I owned the paper, spent most of my time as editor and publisher, or that delivering the publication represented just a smidgeon of my overall duties. They would get a certain look in their eyes that let me know they pitied my situation. My response was to cheerfully reply, “It isn’t so bad. I take the back roads and really get to know the different towns and neighborhoods. Plus, it’s really the only time I get to listen to the radio,” I’d add. And I meant those things. But now that we no longer publish a printed edition, I can say with certainty that I do not miss being a “paper boy,” rushing around trying to get everything done before dark, being covered with printers’ ink – even smeared on my face – by the end of each day. (I pretty much emulated Johnny Cash – that man in black – during my years delivering newspapers.)

I will not mention the time that my favorite pair of extremely comfortable black pants with just the perfect number and size of pockets (pockets are important because purses and delivery don't go together) finally gave up the ghost with all that sliding in and out of the car over and over all day, month after month, year after year (they were my designated "delivery" pants for a couple of years and saw a lot of laundering). Did this intrepid newspaper publisher give up in the middle of her run just because of a mere split down the back of her slacks? No, she did not. She tied her long jacket around her waste and hurried to finish the route.

Now that it is all said and done, the truth is that I don’t miss delivering Northwest Prime Time. But I do miss chatting with our readers in person. And part of me kinda misses that old man on the bench who fooled me every time.


Next month read about the offices of Northwest Prime Time. It’s not what you think.