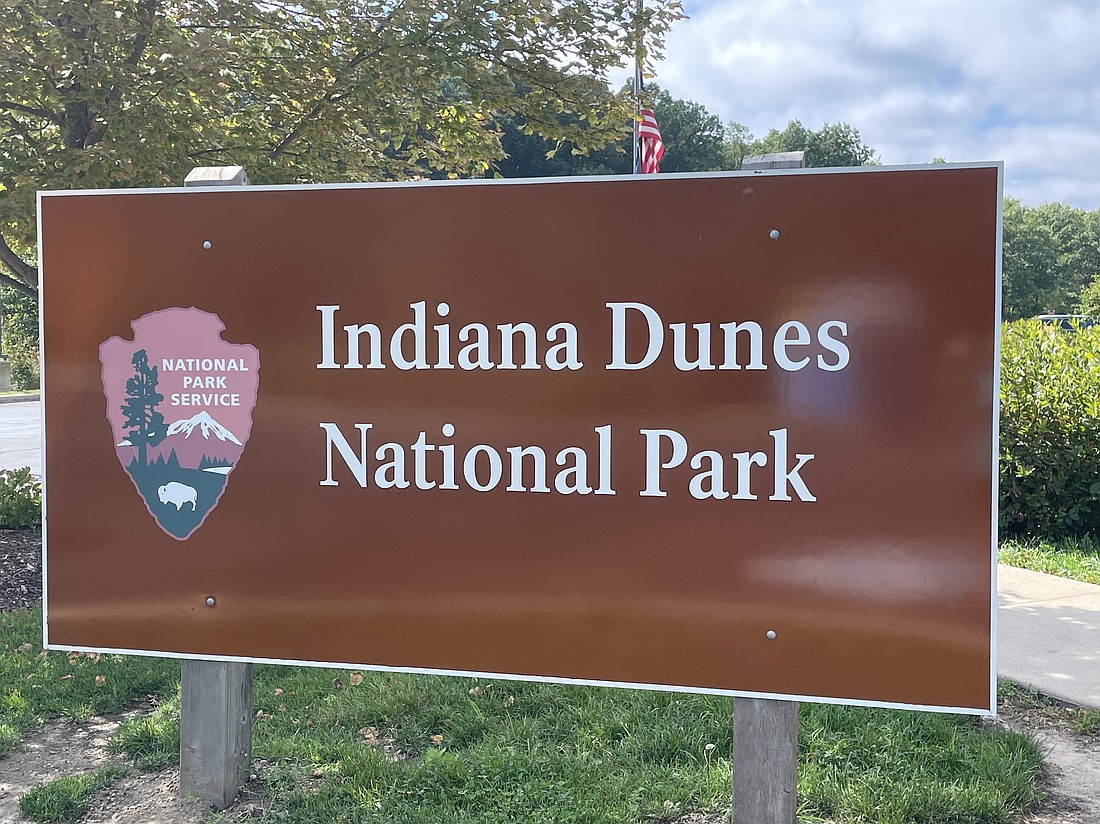 ...by DEBBIE STONE
A recent visit to Chicago for a wedding spurred on a side trip to nearby Indiana Dunes National Park, one of the remaining national parks on my list. The Dunes is actually two parks in one place. Indiana Dunes State Park, which was created in 1926, is surrounded by the National Park, which received its status almost a century later, in 2019. The latter spans across fifteen miles of the southern shore of Lake Michigan, between Gary and Michigan City, Indiana, and comprises 15,000 acres. 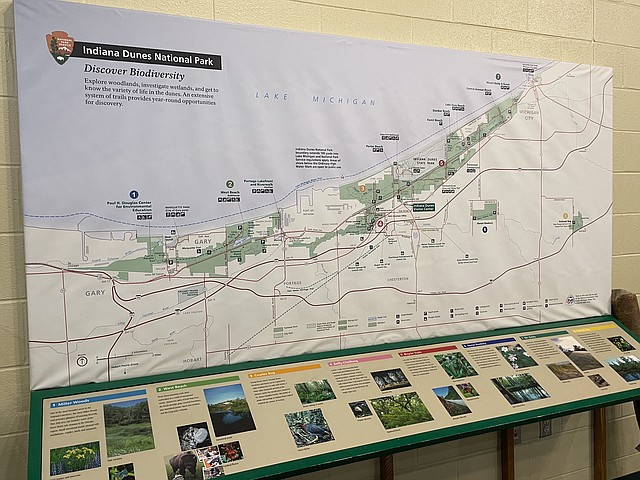 Photo by Debbie Stone
This is one of the few urbanized national parks in the country and also one of the most ecologically diverse places in North America. In fact, it’s the fifth most biodiverse national park in the U.S., right behind Yosemite. The landscape offers a wealth of habitats, including lakes, beaches, dunes, ponds, marsh, oak savanna, prairie, river and bog. 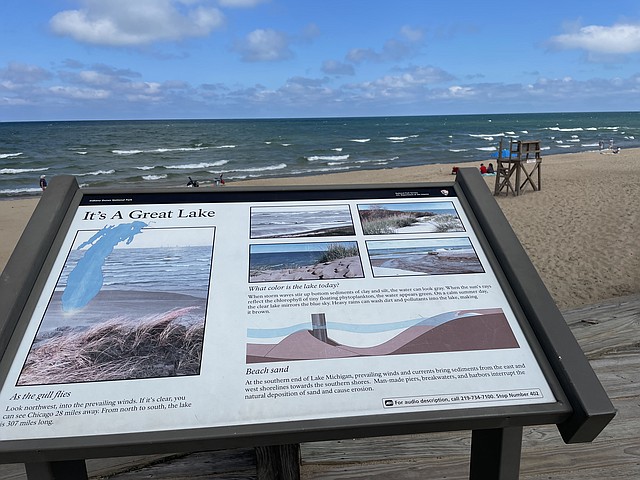 Photo by Debbie Stone
Winds shaped the sands over the years and wetlands developed between the dunes. Many of the older dunes are cloaked in trees and the more recent ones, which are still actively moving, are closest to the lake. Some are bare, others are dotted with beach grasses that help stabilize them until they are able to support shrubs and trees. The largest dune is Mount Baldy at 126 feet tall. 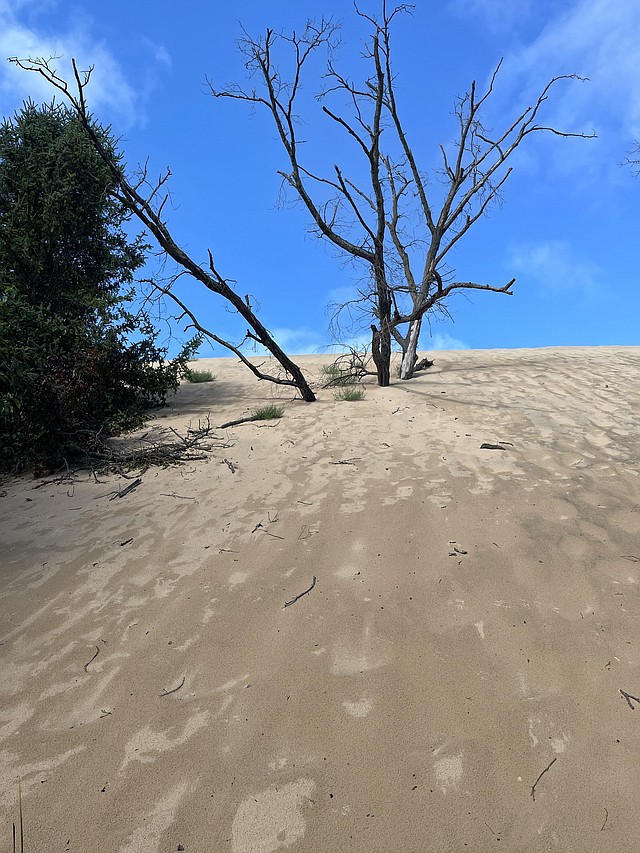 Photo by Debbie Stone
With such diversity, you can explore the area in a myriad of ways. Paddle the lake, creeks and waterways on the miles of scenic water routes or take a ranger guided boat tour on Lake Michigan during the summer months. You can also go horseback riding in certain areas of the dunes.If you’re a birder, you’re in luck, as this place is a haven for numerous species, including migratory, waterfowl and wetland birds. Due to its location, this is a particularly important feeding and resting spot for migrating species. Birders can observe Great Blue Herons, Sandhill Cranes, Red-tail Hawk, Nashville Warblers, Great Egrets and much more depending on the season. And if you visit the park during the third weekend in May, you can take part in the annual Indian Dunes Birding Festival, a four-day event showcasing dozens of birding locales around the region with expert led field trips. 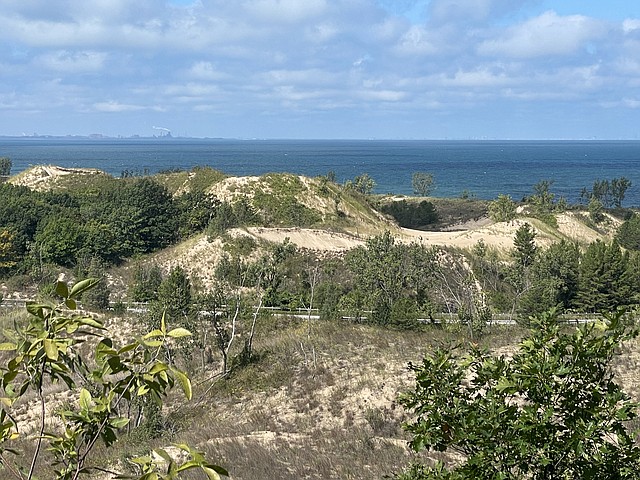 Photo by Debbie Stone
Hikers will find over fifty miles of trails in the national park and another sixteen miles in the state park. They range from short and easy strolls to challenging all-day treks, so there’s something for everyone. 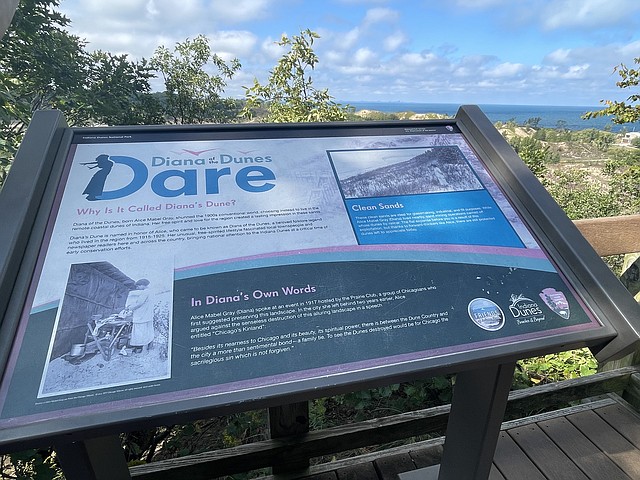 Photo by Debbie Stone
One of the more popular hikes is the Diana Dunes Dare, named for dune advocate Alice Mabel Gray, also known as Diana of the Dunes. The Chicago native hiked and lived in the dunes on her own in an abandoned fishing shack for over nine years in the early 1900s and became passionate about the landscape’s unique ecology, seeking efforts to protect and preserve it. 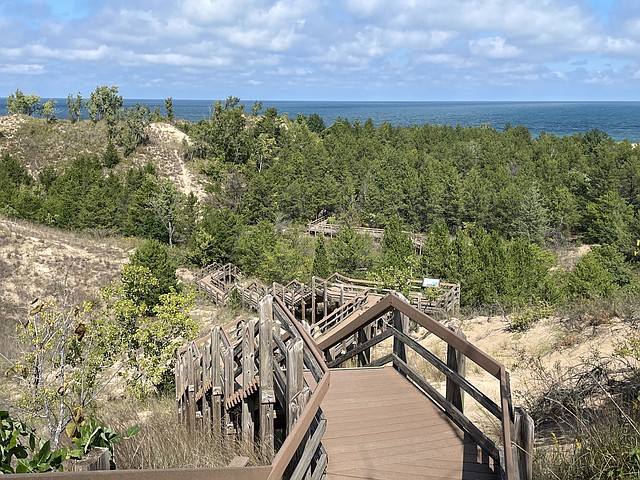 Photo by Debbie Stone
In 1915, dissatisfied with her work and conventional lifestyle in the city, she headed to the Indiana Dunes to live freely on her own terms. There she lived primarily off the land, supplemented by trips to town for additional supplies and to borrow books from the library. Fishermen reported that she would bathe naked in the lake and run in the sand to dry off.After this nonconformist, nature-loving recluse came to the attention of the media, many newspaper reporters at the time created a wild woman persona for her, calling her Diana of the Dunes after the mythological Roman goddess. She became a local celebrity and a legend in her own time.

For years, people have reported seeing a ghost of a pale, naked woman diving into the waters of Lake Michigan and running along the shore. Ghost hunters around the area believe the apparition is that of Diana of the Dunes.

Photo by Debbie Stone
The Diana of the Dunes hike dares visitors to climb Diana’s Dune and become a dune advocate in the process. You’ll go up countless stairs to a vantage point of Lake Michigan with views of Chicago 36 miles away in one direction, industrial steel mills and power plants in another and the rolling dune succession in front of you.At the second overlook, you can sit on a bench and survey the landscape of jack pines and an interdunal pond. The pines are a sign that you’re near the water, as these plants are considered forerunners – the first to take root at the shoreline because they don’t have to compete with the inland forest of stalwart oak.

Keep heading down the stairs and you’ll reach the beach and bathhouse. Hear the gulls cry and the waves crash. And stop to contemplate this scene. Being in the dunes makes you realize the fragility of this ecosystem and its constantly dynamic nature. It also increases awareness of this special environment and the reasons for its preservation. 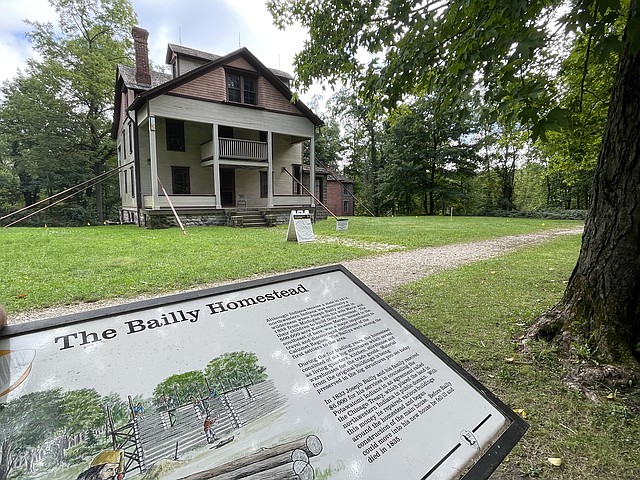 Photo by Debbie Stone
The Indiana Dunes are more than a pretty beach, though, as this area has a rich history. Visit the Bailly Homestead and Chellberg Farm for a flash from the past. Joseph Bailly was the first known non-native region resident, who traded furs with the Potawatomi and Miami Native Americans back in the 1820s along the banks of the Little Calumet River. He set up a trading post on the site of the Bailly Homestead. This is the last remaining site of its nature in the Calumet Region and it was authorized as a National Historic Landmark in 1962. The Homestead is notable for its 19th century main house with gabled wooden shingle roof, along with an assortment of rustic log and brick structures and a family cemetery nearby. 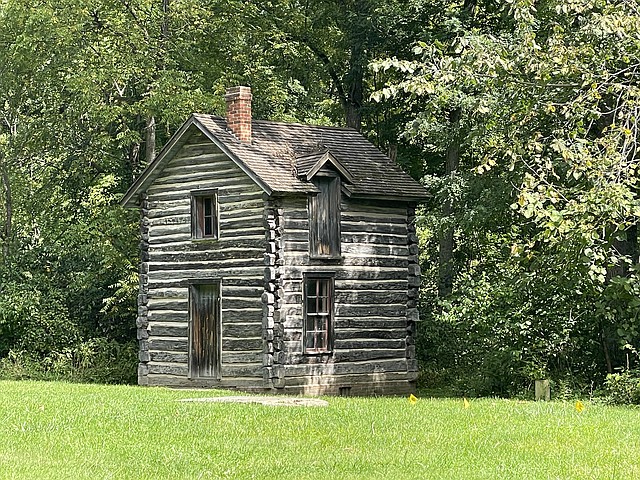 Photo by Debbie Stone
The Anders Chellberg family was one of many Swedish immigrants that found work through Joseph Bailly’s son-in-law. They bought eighty acres and cleared it for farming, then built a house, chicken coop, windmill and grain storage. You can visit the farm and its animal residents, as well as see the farmhouse, which is open for special events and ranger guided tours. The farm and Bailly Homestead are connected via a trail.

It's important to note that the Indiana Dunes National Park can be confusing for first-time visitors due to the fact that it’s located in several different sections, interspersed with residential areas. Stop in the Visitor Center for maps and information, along with an introductory film.