This Seattleite is known around the world for his retail brand, Watson Kennedy, and for his books on style and entertaining 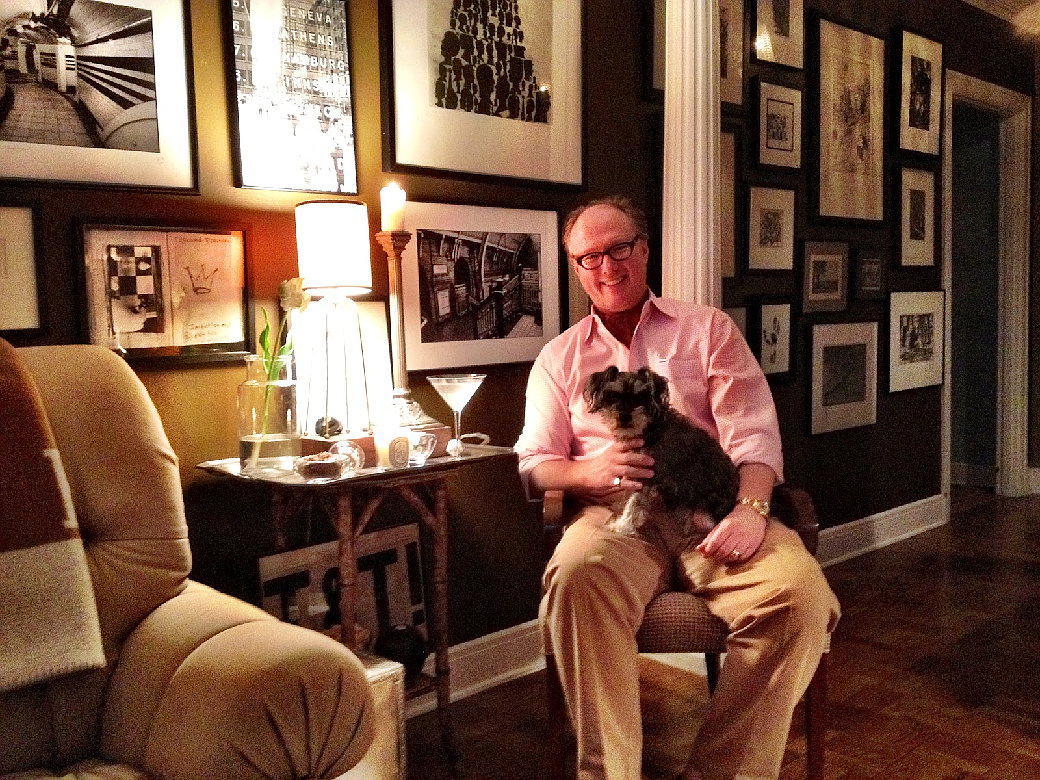 Best-selling author Ted Kennedy Watson is the founder of the Watson Kennedy retail brand, with two shops in Seattle

Watson Kennedy Fine Living is located in the heart of Seattle’s historic Pike Place Market, in the Courtyard of the Inn at the Market

“At my core, I am a finder/shop keeper/curator,” writes Ted on his website. “I get to create cool and inviting environments, sell amazing goods, and meet people from all over the world.”

His shops are an extension of his homes: “How I feel the good life can be lived. Design, gift giving, manners, style – all have great importance to me. We live in such a rushed world!” he exclaims. “I want to inspire people to light a candle, set a stunning dinner table, or hand write a note: time will slow down, and we become more aware of our surroundings. The shops are a reflection of that quality and my life, my travels, and the things I love.”

Ted has also become an author. Of late, he’s been traveling the country talking about his new book, which is getting great reviews: Ted Kennedy Watson’s Guide To Stylish Entertaining is a “frivolously practical guide to hosting events of any size.” In 2014, his first book was published, the best-selling Style & Simplicity: An A to Z Guide to Living a More Beautiful Life. 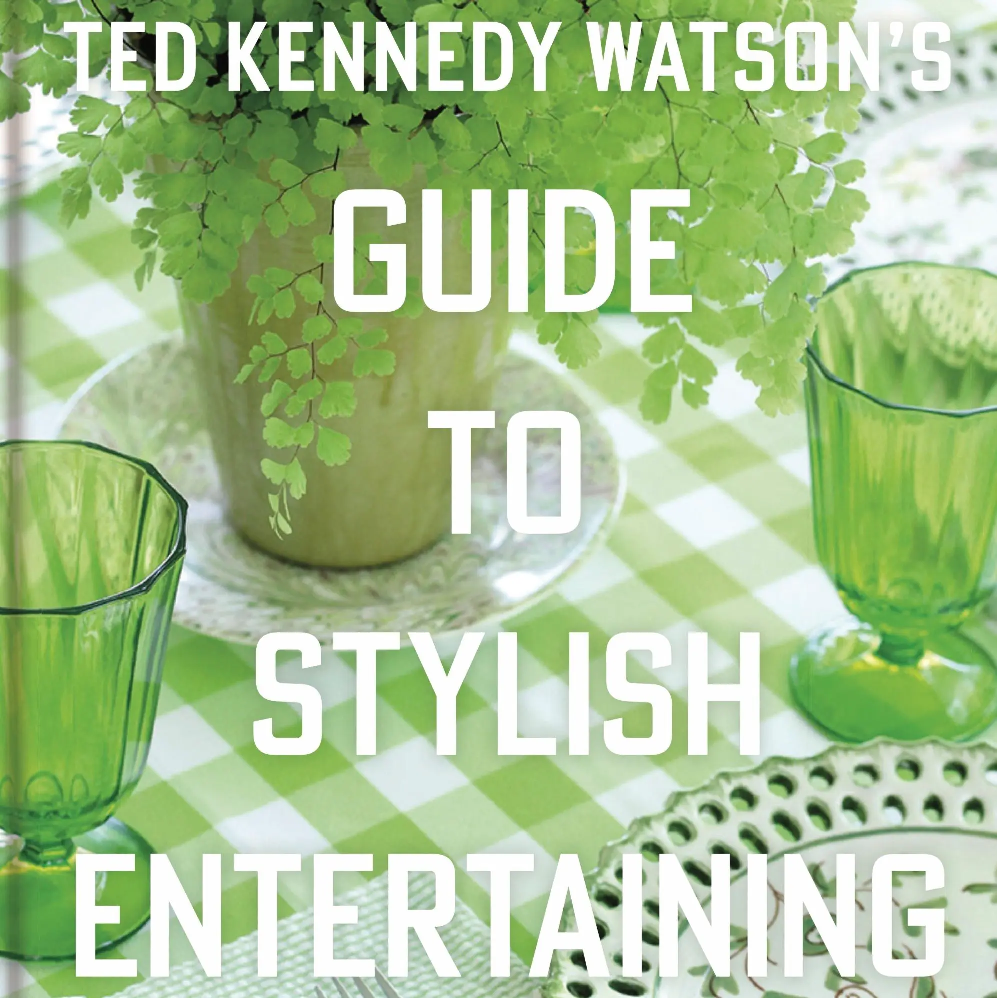 Ted has been described as charming, kind, humble, and – not surprisingly – someone possessing exquisite taste. These qualities can be observed in abundance when visiting his shops or perusing his books and websites.

His first store, Watson Kennedy Fine Living, opened on November 23, 1998—his 35th birthday. It’s located in the heart of Seattle’s historic Pike Place Market, in the Courtyard of the Inn at the Market. Since then, the shop has become a Seattle fixture, a must stop for visitors and a trusted friend for locals. In it you might find the best French soap, a coveted piece of art, the best towels and the most sought-after candles…that’s just the start.

“My goal has always been that this feels like a shop you would come across in a quaint little area of London or Paris. Where you can wander around, finding treasures wherever your eye lands,” writes Ted. He opened his second shop, Watson Kennedy Fine Home, on May Day 2001 in Seattle’s Holyoke Building, a historic landmark on First Avenue. The shops’ inventories complement rather than duplicate. The First Avenue shop carries tableware, finds for any gourmet, linens, artwork, and scented goods from around the globe. This shop also carries furniture, both vintage and new, as well as jewelry and more.

The second Watson Kennedy shop is located on First and Spring

Good music is always playing at his shops and scent is a key element of the experience. “We try to involve all five senses in our displays,” says Ted. “The experience is about discovery…Creating comfortable settings is really my ritual each day—both at the shops and at home.” Ted has even created Spotify music lists that can be played at your next dinner party.

How did this world traveler find his way to Seattle? “Out of college I moved to Seattle to become a tennis professional at the prestigious Seattle Tennis Club. I later became President of the PNW Professional Tennis Association. Wearing tennis whites everyday was not a bad way to make one’s living—something my Dad took immense pleasure in telling his friends.” 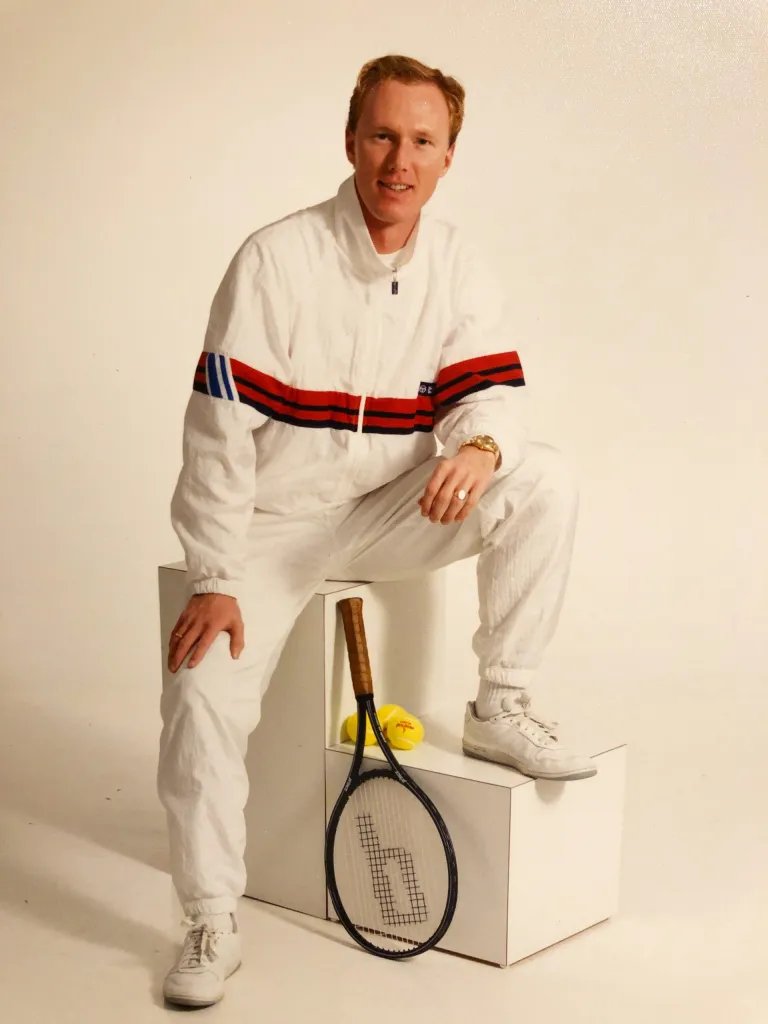 While still part of the tennis world, Ted was asked to become part of the creative team for the Bill and Melinda Gates’ wedding festivities. “I was known for my stylish gift giving, had studied calligraphy in college, and was up for a challenge. My participation was really the steppingstone professionally for moving from the athletic to creative world.”

Then, when he turned 30, he wanted to do something different. “I had been hitting a tennis ball every day since I was nine. I LOVE things, and objects. They have a past; we are only their keepers until they move on to the next possessor. I have also always surrounded myself with creative friends. So I began my career in the visual arts by representing some of the friends and people I knew who were creating interesting objects.”

Ted held his first showing at his home. It was a success, and he was hooked on the new endeavor. Soon enough, though, he came to realize that creating havoc at home each day with buyers walking through was not ideal, and he opened a wholesale showroom. “It was a blast! I sold to retailers all over the country... Neiman Marcus, Barney’s, Gump’s, Saks Fifth Avenue and Nordstrom to name a few. It was hard work, but what isn’t that is rewarding?” 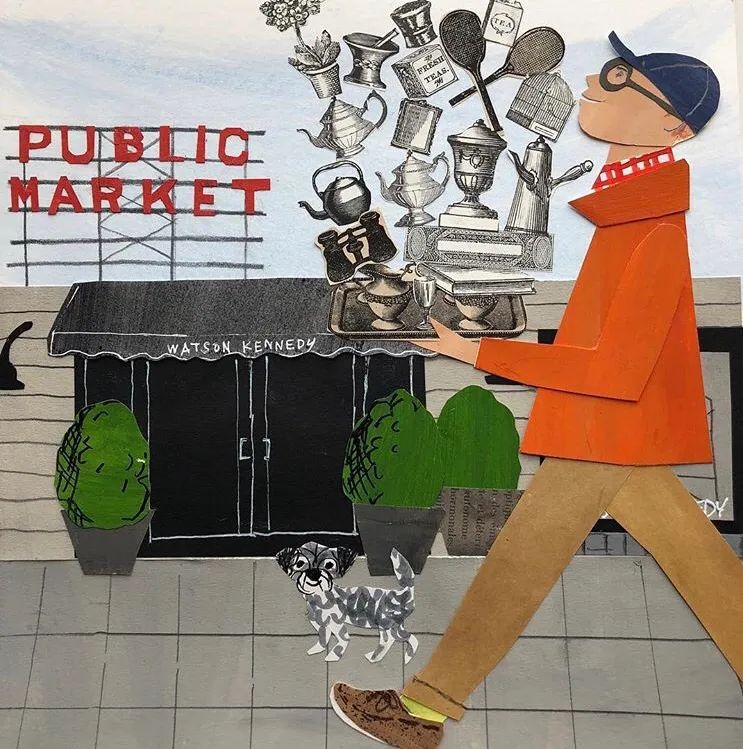 Ted thought of adding retail to the wholesale side of Watson Kennedy. “I told friends that if the one spot in Seattle that I adored ever became vacant, it was mine. It did. I opened my first retail shop 23 days after I signed the lease. It was, and remains to this day, one of the coolest retail spots I have ever been to. It is in the heart of Seattle’s historic Pike Place Market. We have a huge picture window that looks over Puget Sound and we are nestled in the courtyard of the Inn at the Market – very European. I was off and running. My second shop opened a few years later and a year after that I sold the wholesale portion of my business. Life was, and continues to be, interesting, challenging.”

Ted Kennedy Watson is often asked why he named his business, Watson Kennedy, the way he did. “I started using my full name about 20 years ago when my Father passed away,” writes Ted. “Wanting to honor his amazing spirit, I named my businesses Watson Kennedy – his name, only backwards. The #1 lesson my Dad taught me was that your life’s work has to be something you LOVE. I feel incredibly fortunate that every day I am able to do just that.” He adds: “Dad would get a kick out of the next chapters in my life.” 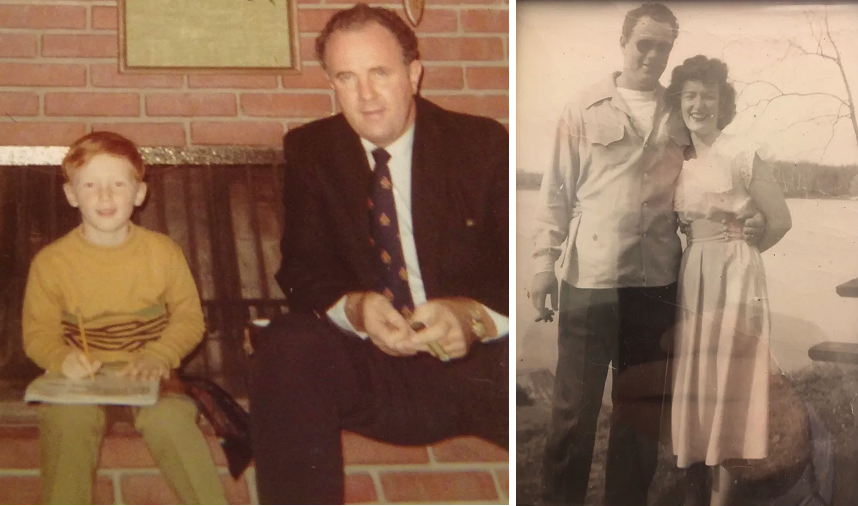 In addition to his professional life, Ted also calls himself fortunate in having an amazing travel mate in the journey of life. He and his husband, Ted Sive (“I know, two Teds,” writes Ted), will celebrate their 35th anniversary this January. He describes Ted Sive, a native New Yorker, as an accomplished consultant in the architecture, engineering and construction industry. 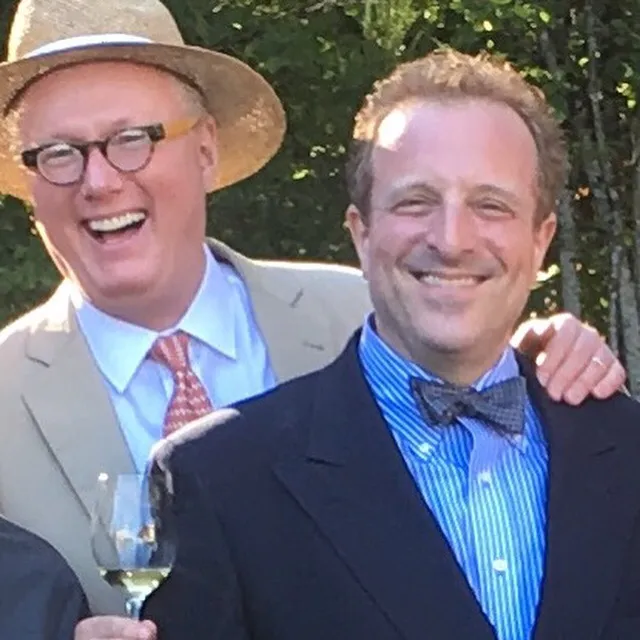 Ted and his husband, Ted Sive (“I know, two Teds,” writes Ted), will celebrate their 35th anniversary this January

The two Teds split their time between their home in Seattle in a 1929 building named The Gainsborough, their Vashon Island waterfront property they call “WestWard,” and the “sweetest 1920 farmhouse” on 10 acres in the Hudson River Valley they call ‘Hawthorne.’ 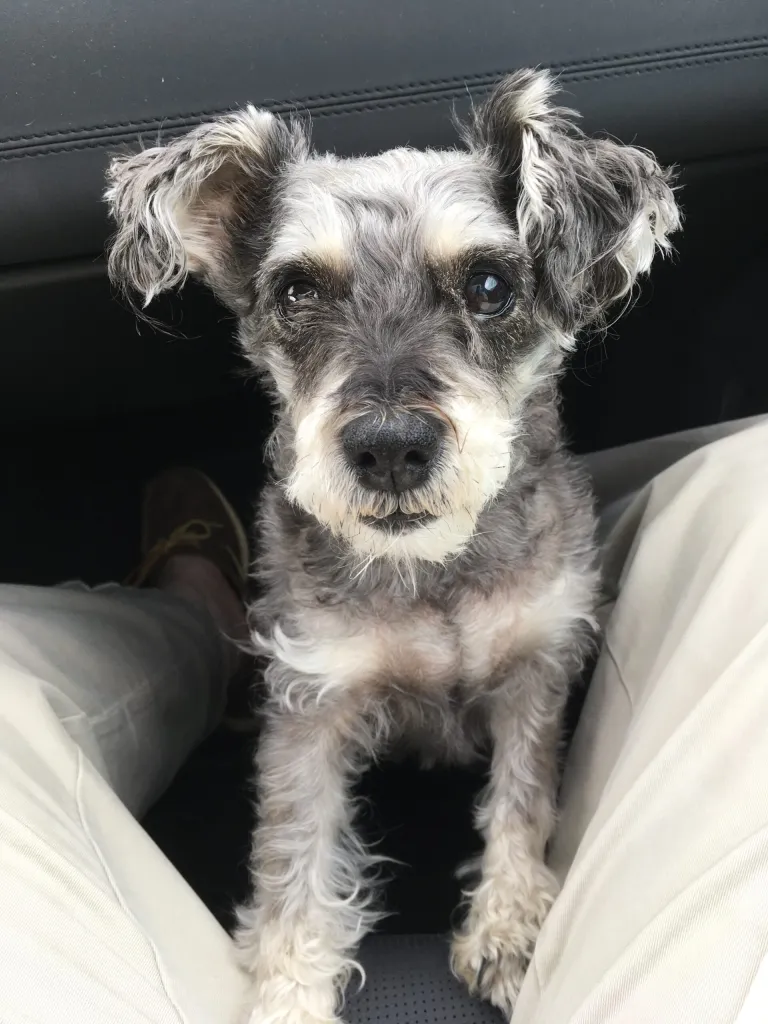 As readers of Ted’s blog know, for the past 17 years the couple also shared life with their beloved pooch, dear Bailey

Ted has won a Northwest Design Award for interior design. He explains, “My concept for interesting design, be it for interiors or the shops, has always been to incorporate the five senses—creating environments that are rich in experience, timeless, and downright stylish.” His homes, shops and goods have been featured on television shows and in House Beautiful, Town & Country, Country Living, Real Simple, and countless other publications.

Ted is a prolific blogger. In May of 2011, he started a daily blog, www.tedkennedywatson,com, writing about things that inspire him. His blog is read daily by folks around the globe in over 40 countries.

“Home should make you happy,” writes Ted. “Nourish your soul. Revitalize and recharge your batteries. My wish for all of us is that your home be your haven. Your oasis in this bustling world—whether it is rented or owned, a room or a castle. It is yours for the time being. Your home.”

As always, Ted invites you to entertain with style

For more about Ted Kennedy Watson, his shops, his books and his homes, visit WatsonKennedy.com (retail shops) and www.tedkennedywatson.com (blog).

The information and photos for this article were gathered with permission from Ted Kennedy Watson's website and blog.