A Tribute to Pat Wright: Seattle's First Lady of Gospel 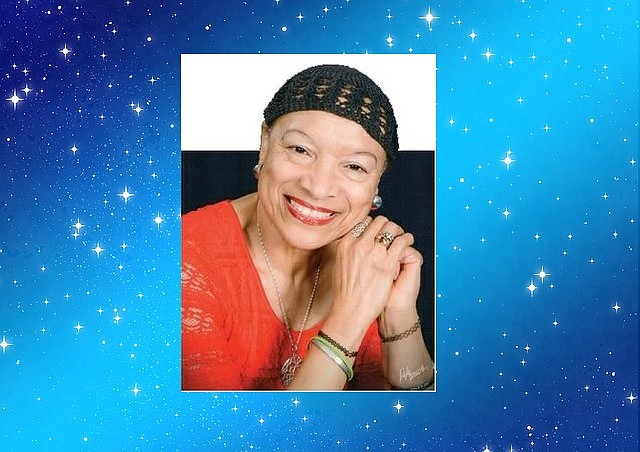 Pat Wright, noted gospel singer and choir director, was also known for giving to others. ABC’s World News Tonight recognized her humanitarian work by naming her one of the “Persons of the Year” in 2007. Pat Wright passed away in September.

Northwest Prime Time belatedly heard the sad news that Pat Wright, Seattle's first lady of gospel, died in September following a long illness. We re-post this article we ran on the cover of our December 2014 edition. At the end you'll find a link to a KUOW story with a moving video of Pat Wright singing "Somewhere Over the Rainbow"

Pastor Patrinell “Pat” Wright has been exploring the rich tradition of gospel music her entire life.

“I’m a preacher’s kid,” she revealed. “I’ve been in the church all my life and sang my first solo at age three in my father’s church.” She still recalls the applause from her first performance. 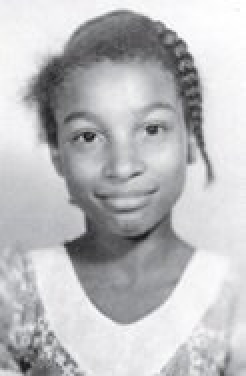 This is Pat at 6. She sang her first solo at age three in her father's church and started directing choirs by 14

Director of Seattle’s highly regarded Total Experience Gospel Choir, Pat Wright has traveled the world with the award-winning choir she founded in 1973.

Her experience with choirs goes way back. By 14, she had taught herself to play the piano and was conducting two choirs in her father’s church in Carthage, Texas. “Carthage is just across the line from Louisiana, to give you an idea where this tiny place is. A little over 5,000 people,” said Pat.

Her preacher father was instrumental in getting Pat involved with music, but her schoolteacher mother also exerted a tremendous influence in her life. Pat graduated as valedictorian in high school and went on to attend Prairie View A&M College in Hempstead, Texas.

Pat came to Seattle in October, 1964 to help out her sister who was going through a difficult divorce. The bus ride took about four days. “Being the only African American and the only female on the bus for the last 2500 miles was quite an experience,” she exclaimed. When she finally got to Seattle, after having survived just about every abuse on that long ride, she wanted to get back on the bus and go home. “But I’ve always had a bulldog tendency,” she admitted. “I decided to stay.” She arrived in Seattle during the height of the civil rights movement and said that bus ride taught her the lessons of a lifetime, “the lessons I needed to survive…gave me a backbone that won’t quit.”

Her plan was to eventually return to Carthage, but then discovered she could make $7 a week in Seattle compared to $3 back home. “I stayed in Seattle.”

She was living with her sister in Renton, attending a small church there. One day the family went into Seattle for church, and she heard music coming from another church across the street. “I remember stumbling over somebody's feet trying to get a seat because the place was pretty packed. And that somebody happened to end up being my husband,” said Pat. 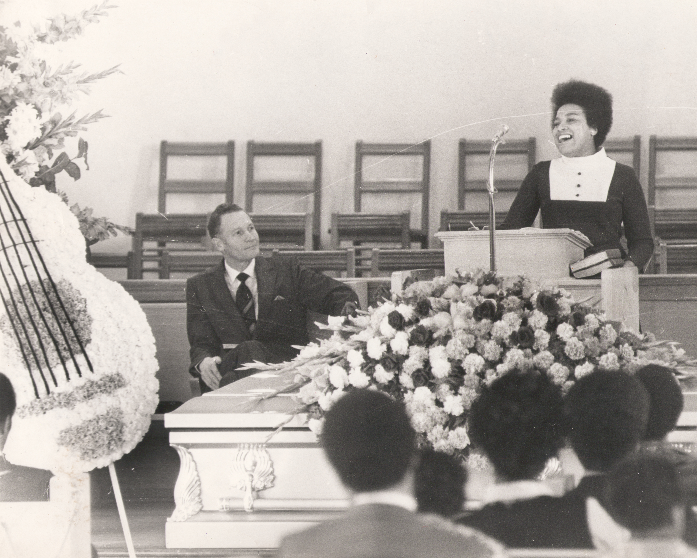 A few years later Pat was teaching gospel music in the Seattle school district and was also a gospel deejay on KYAC radio.

She taught gospel music at Franklin High School as well as being a “floater” to other Seattle schools. The district was looking for ways to keep the African American students interested in the choral music programs, “but the black kids didn’t bother to come,” says Pat. “They could get this music every Sunday in church.” But once the choir won a jazz festival in Reno, “All the black kids were just standing at the door, ‘Are you guys gonna go traveling and stuff? Man, I'm getting in this choir! Shoot!’ And it just blew up, 108 students,” said Pat. “And those kids could sing!”

Then, with all the attention, the gospel choir came under some scrutiny. It was decided that gospel was no longer allowed in a public school. “They gave me my walking papers,” Pat recalls.

But she picked herself up, took the kids who wanted to stay in the choir with her, and organized a community choir. The Total Experience Gospel Choir was born. “Anybody could join it,” said Pat. “The youngest kid that came to me was seven years old.” Today, the choir is made up of young and old alike. And it is a multiracial organization. “Let’s come together and enjoy all the cultures,” said Pat. “We represent the racial rainbow.” 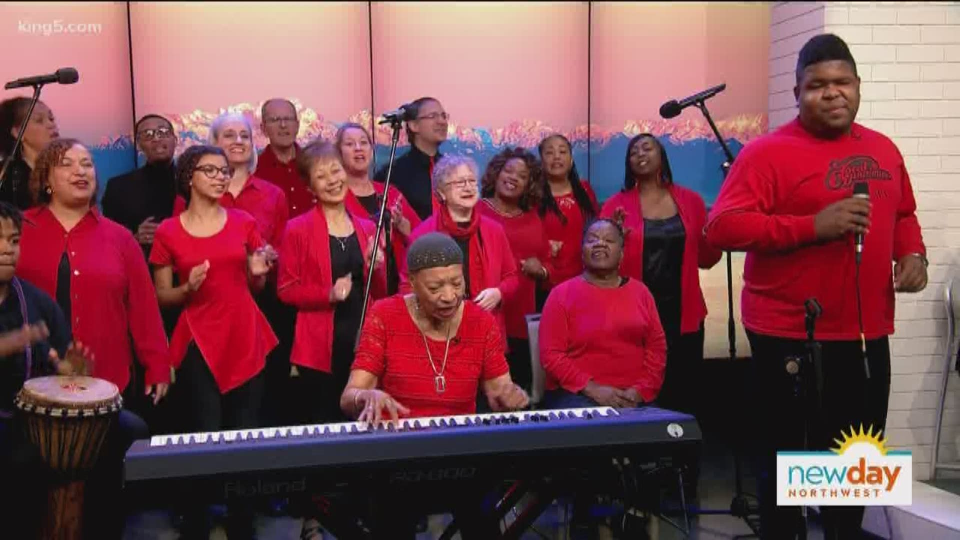 Surprisingly, the award-winning choir does not have auditions. “We’ll teach you how to sing,” proclaimed Pat. The choir has won numerous awards, traveled to 38 states, performed on five continents and in 28 countries.

Another surprise is that Pat briefly gave up gospel back in the late ‘60s. “Actually decided I was tired of gospel, so I was going to try my hand at soul music.” She made a 45. “It didn’t get much air play here in Seattle.” That was that, she thought. Years later, one Sunday morning at church a visitor stood up and asked, ‘Are you Patrinell Staten?” She had flown all the way from England to find out if Pat was still alive. “I danced to your music every Friday and Saturday night in the discos in London,” said the visitor. After pro bono assistance from some attorneys, Pat ended up receiving 30 years of royalties from that little record. She’s still battling pirating of her music.

Pat and her husband Reverend Benny Wright will celebrate their 50th wedding anniversary in 2015.

They have two grown children, four grandsons and a granddaughter (2014). And, adds Pat, “I’ve raised two generations of children in the choir. I’ve been mother, father and confidante, fed them, clothed them and soothed their sorrows.” It has been a labor of love for her and her husband. “He was a schoolteacher and brought home many a mutt, too,” she quips. “That’s what we’ve done. I look back and we’ve helped people raise and educate their children. We’ve paid for many a book, tuition…whatever we could afford to do we did it, with a lot of encouragement to stay in school. ‘That’s what you need to succeed in life,’ we’d say. ‘Don’t drop out!’ ” Their oldest daughter is a professor at Georgia State University in Atlanta and their son works for a local aircraft company. “And I raised my son’s son,” she says proudly. “He is a troubleshooter for one of the tech companies.”

Pastor Pat Wright co-founded a Christian center in 1997. It was created as a spiritual refuge for those who have been hit by some of life’s hardest challenges. Since then, Pastor Wright and the choir have worked untiringly in helping people, including dedicating many hours to relief efforts around the world such as aiding in the aftermath of Hurricane Katrina and in helping the people of Ishinomaki, Japan recover from the powerful tsunami that swept ashore in 2011. ABC’s World News Tonight recognized Pat Wright’s tireless work by naming her one of the “Persons of the Year” in 2007.

“I’m still at it, 41 years later,” says Pat of her time with the choir. But she plans to retire from the choir in four years to pursue solo work. “After all these years, I can sit back and be proud of what I’ve accomplished.”

Gospel has been good to Pastor Pat Wright, and she has been very good to gospel. “I enjoy the emotion of gospel,” said Pat. “It does evoke all of those emotions in you, joy and sometimes sorrow. Behind that sorrow, there’s an upward sweep…that catapults you to the mountain top.”

Pat Wright has performed on the same billing as Ray Charles, Quincy Jones, the Mormon Tabernacle Choir, the Judds, Michael Bolton, Charlie Daniels and many other artists. She and the Total Experience Gospel Choir are featured artists on Dave Matthews’ CD “Same Devil” and on the movie soundtrack for “Because of Winn Dixie.”Several of her and the choir’s CDs are available at www.totalexperiencegospelchoir.org.

View a video of Pat Wright singing "Somewhere Over the Rainbow" by clicking on this KUOW link: KUOW - Pat Wright, Seattle's first lady of gospel, dies at 78