10 Plants and Foods That Have Melatonin 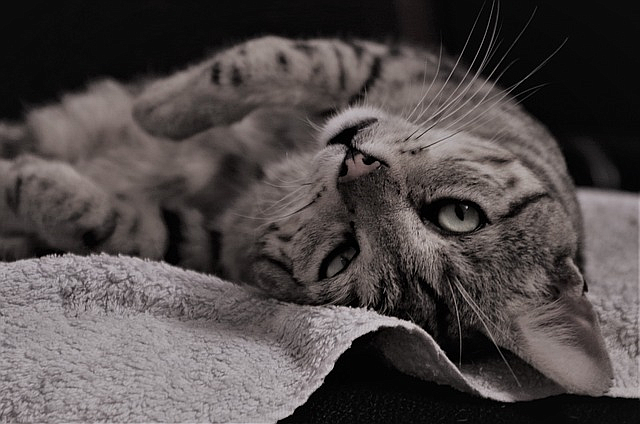 ...by Suzy Cohen
When night falls, and you feel the urge to sleep, it’s because your pineal gland has just secreted a tiny amount of melatonin. After about age 50, the amount starts to slowly decline, which explains the frequent bouts of insomnia as you grow older.

Melatonin is not just a human hormone, it’s found in the plant kingdom too. Just like humans and animals, plants respond to light and dark cycles termed the “photoperiod.” They make the endocrine sleep hormone so it will act as an antioxidant in response to harsh environments. Perhaps this is its most important role in your body too! There are hundreds of studies affirming the anti-cancer activity of melatonin, so we know it is protective of “harsh environments” even in the human body.

The Benefits of Melatonin

We know a lot about N-acetyl-5-methoxytryptamine, for example, it not only helps induce sleep, but it also regulates our circadian rhythm, general mood, body temperature, and even healthy bone metabolism. There is an impact on reproductive, immune function, and vision.

Since it plays so many roles, it makes you wonder if we manufacture this hormone for a more profound reason, and it just incidentally puts you to sleep. Maybe it’s for immunity so that your immune system can rejuvenate in the wee hours! And here we thought this whole time the sleep hormone is just a sleeping pill. You can buy melatonin (chemically known as N-acetyl-5-methoxytryptamine).

Today, it is manufactured synthetically and sold widely all over the world. It’s done synthetically now because consumers don’t generally want to take extracts out of animals’ brains or glands, especially after ‘Mad Cow’ disease.

The History of Melatonin Sleep Aids

In the mid-1990s, Newsweek dubbed the new clean, synthetic melatonin which you see today as “The Pill of the Year!” It’s true, there is tremendous evidence of anti-inflammatory benefits, giving it strong medicinal value for many diseases.

There are plenty of medications today for sleep, they can all bring on sleep, but unfortunately, they have well-documented drawbacks such as being highly addictive, or not inducing REM (Rapid Eye Movement) sleep.

Most tranquilizers, sedative/hypnotics, and antihistamine-based sleepers tend to suppress the restorative dream state that we call REM. The circadian rhythm disruption that is caused by blue light-emitting devices today is a real problem. It keeps your eyes from recognizing darkness and ultimately leads to sleep deprivation because people are up and awake longer.

That said, I strongly urge you to not overdo it. I only recommend small doses of his hormone (which by the way is a metabolite of serotonin), and take it only if you are deficient, about 1mg or less each night. The exception to that in my opinion is cluster headaches where more is required for therapeutic benefit. It comes from the pineal gland, not the brain, and in case you’d like to know what else that gland does, visit Healthline: 5 Functions of the Pineal Gland.

Natural melatonin is not just made in humans and in plants. It is ubiquitously found in birds, fish, reptiles, and some bacteria. I’ve been so fascinated with this since my garden is in full bloom, that I decided to delve into the plant kingdom more.

The 3 Most Popular Plants that Contain Melatonin

The compound acts as a natural antiviral against certain pathogens. It makes people sleepy if taken in supplement form. Here’s an National Institute of Health Article offering what else you might need to know.

Feverfew (Tanacetum parthenium) – Extracts of feverfew help headaches in people who are deficient. In 1997, The Lancet published a piece entitled, Melatonin in Feverfew and a Few Other Medicinal Plants. Feverfew contains parthenolide which provides help for some people with stiff muscles, asthma, tinnitus, psoriasis and nausea. Pregnant women are often warned to avoid this supplement!

St John’s wort (Hypericum perforatum) – Extracts are used for mild to moderate depression or anxiety. The Lancet refers to this plant as an “herbal tranquilizer” and it is partially due to the N-acetyl-5-methoxytryptamine content.

There are teas of this herb too. Topical oils and creams containing St. John’s wort help with all kinds of skin problems.

The 7 Most Common Foods that Contain Melatonin

You can eat the sleep hormone! There are several foods that contain some, or spark more production of your own! Here’s a list of the most popular:

You may wonder where in a plant this melatonin is found? Is it the bulb, the root, or the flowers?

It depends on which plant (or food/fruit) we’re talking about, but there is not just one place. The seeds, bulbs, leaves, flowers, and even roots are rich sources of the endocrine sleep hormone, and the location of this magical melatonin differs from plant to plant.

One more note of interest, it’s about drinking wine and alcohol.

Drinking fair amounts of alcohol will negate the effect of melatonin. In other words, if you drink alcohol, you’re making it harder for melatonin to do its job. Since you might need assistance in getting to sleep, I recommend you read my article, 8 Natural and Effective Ways to Relax.

A word of caution coming next… don’t take too much! There is a benefit to restoring lost, deficient levels of melatonin, but so many people now are taking N-acetyl-5-methoxytryptamine and they’re taking too high of a dose. For example, I feel that Melatonin 5mg is too HIGH of a dose for almost all individuals. Your pineal gland does not ever secrete that much in normal life!

According to a JAMA published in 2022, prevalence has increased dramatically, especially in the past two years. Many people are exceeding normal doses (what might be called a melatonin overdose) which is dangerous. Remember, you make it too! Supplementation with over-the-counter formulas should be done very carefully and with your practitioner’s knowledge.

Here’s Why You Should Not Take Too Much Melatonin

Excessive amounts of the sleep hormone could lead to fatigue, stomachache, drowsiness, low blood pressure, and mood changes like confusion or irritability. If you are buying supplements, always purchase from a reputable brand because the label amounts may not match what’s inside the actual melatonin pills. For more information you should visit, The Health and Human Services Also, parents sometimes have children that are restless at night, and while there may be legitimate underlying causes for this, the go-to should NOT be melatonin. I do not recommend melatonin for kids.

Suzy Cohen (suzycohen.com) has been a licensed pharmacist for over 30 years and believes the best approach to chronic illness is a combination of conventional and natural medicine. She founded her own dietary supplement company specializing in custom-formulas, some of which have patents. With a special focus on functional medicine, thyroid health and drug nutrient depletion, Suzy is the author of several related books including Thyroid Healthy, Drug Muggers, Diabetes Without Drugs, and a nationally syndicated column.