When is it time to consider a senior assisted living facility? 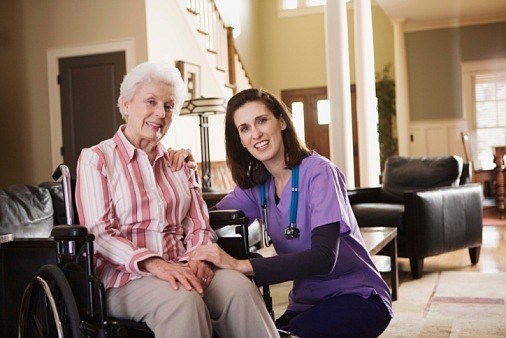 Until the 1970's, seniors were usually shuffled off to nursing homes if they weren't able to live with family members or find someone to care for them at home. However, as medical advances found treatments for many of the ailments afflicting seniors, the idea of going to a nursing home became more and more repulsive. Seniors, living longer in good health, began demanding alternative senior care facilities.

In the mid-1970's, Dr. Keren Brown Wilson created the concept that has become assisted living. She opened the nation's first facility in Portland, Oregon in 1981. Word of it spread, investors across the nation gradually began funding the construction of assisted living homes until, by the mid-1990's, growth had become exponential.

One lady, well into her nineties, spoke of her assisted living home: "I feel safe here. They serve my meals and even cut my food. They help me in so many ways. This must be God's waiting room. I'm glad to be here."

The 55-plus group with aging parents are now, or soon will be, facing the question of moving parents to assisted living facilities. The idea of eventually having to move from familiar home surroundings to a more "institutional" type of living may seem disconcerting.

What many fear is losing control, and the unknowns that a change in living style is certain to bring. So it's best to start a dialog about assisted living early on, while they're still handling the ADL's -- Activities of Daily Living, such as eating, dressing, bathing, toileting and moving about. With enough discussion while they're still in good health, parents can become accustomed to the idea that they will probably need assisted living at some point in the future.

You'll know it is time to take action when parents begin to fail at handling their ADL's, such as keeping the home clean and safe; failing to turn off the stove after cooking; having trouble managing their medications; or when falling or other medical emergencies become commonplace.

Today, assisted living is a welcome relief for many, and some facilities include a swimming pool, community movies, activity centers, social opportunities and more. So stay upbeat in your discussions and look to the upside!