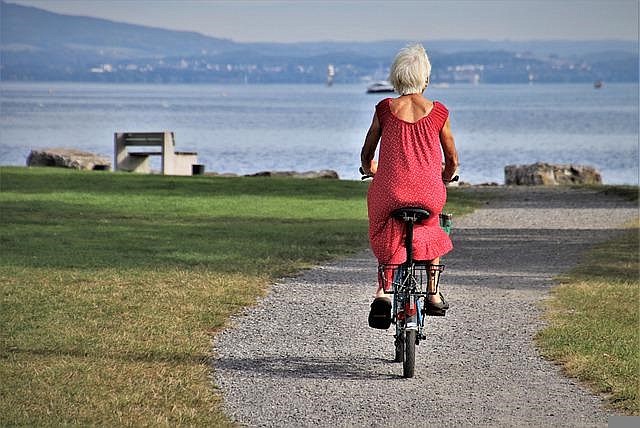 The findings from one study presented at the Alzheimer's Association International Conference suggest that regular physical activity, even modest or low exertion activity such as stretching, may protect brain cells against damage

“We know that Alzheimer’s and other dementia are complex diseases, and we envision a future of effective treatment by powerful combinations of therapies that address the diseases in multiple ways,” stated a fact sheet prepared for the conference.

Encouraging and supporting a diverse treatment pipeline, including both drug and non-drug strategies, is essential to achieving the Association’s vision of a world without Alzheimer’s and all other dementia. The Alzheimer’s Association is investing over $310 million in more than 950 projects in 48 countries across six continents, including some of the most instrumental research in Alzheimer's and dementia science.

funded 65 innovative clinical trials spanning a variety of treatment targets and engaged a variety of the field's most prestigious scientists, universities and companies.

The EXERT Study was the longest-ever Phase 3 study of exercise in older adults with mild cognitive impairment (MCI). The results, first reported at AAIC 2022, are especially noteworthy since the trial was conducted during the COVID-19 pandemic. Even with the lockdowns, isolation and constantly shifting

After 12 months, study participants with MCI in both the aerobic exercise intervention arm and stretching arm showed no cognitive decline. A comparison group of other older adults with MCI from the Alzheimer’s Disease Neuroimaging Initiative who experienced neither of the EXERT interventions showed significant cognitive decline over 12 months. Finding this positive correlation between exercise and cognitive health is remarkable and encouraging.

The findings from EXERT are important because they suggest that regular physical activity, even modest or low exertion activity such as stretching, may protect brain cells against damage. It is well known that exercise increases both anti-inflammatory activity and release of nerve growth factors.

The Alzheimer’s Association is working toward a future of effective combination therapies, including behavioral interventions, for dementia treatment and risk reduction, as we do now with heart disease. For example, the Association is leading the U.S. POINTER Study, which is looking at comprehensive risk

At AAIC 2022, T3D Therapeutics reported positive interim results from their Phase 2 trial of T3D-959, which seeks to overcome insulin resistance in the brain and restore the brain’s metabolic health. These encouraging preliminary results are a positive sign and we look forward to hearing final results in 2023.

Alzheimer’s is a complex and devastating disease. As our understanding of the biological underpinnings of Alzheimer’s expands, the opportunity to advance novel approaches such as T3D-959--and other studies that work to keep brain cells healthy, alive and functional longer--will also expand. We will most likely need to combine multiple treatments that address the disease in different ways for effective treatment and prevention.

One of the presentations at the conference showed that treatment and prevention trials can be effectively conducted in people living with, and at risk for, Alzheimer’s, and in low- and middle-income countries. The Dominantly Inherited Alzheimer’s Network (DIAN) study also is doing important work in this area. The Alzheimer’s Association recently funded an extension of DIAN into Latin America.

Phase 3 clinical trial results are expected from two other anti-amyloid compounds (lecanemab and gantenerumab) before the end of 2022. FDA decisions are anticipated on applications for both accelerated and full approval (lecanemab and donanemab) in the first half of 2023. Notably, these three drugs target

different species of amyloid and different aspects of amyloid buildup and clearance. Treatments that address the full scope of Alzheimer’s biology are also advancing. Future treatments will need to address amyloid, tau, neurodegeneration and other brain changes that play a role in Alzheimer’s.

Similar successful networks for heart disease, cancer, HIV/AIDS and multiple sclerosis have enabled tracking of long-term performance of therapies. The Alzheimer’s Association, with its partners and collaborators, is developing the future of Alzheimer’s and dementia treatment and diagnostics, and has

created an infrastructure to build the future of clinical readiness for all new treatments and care.