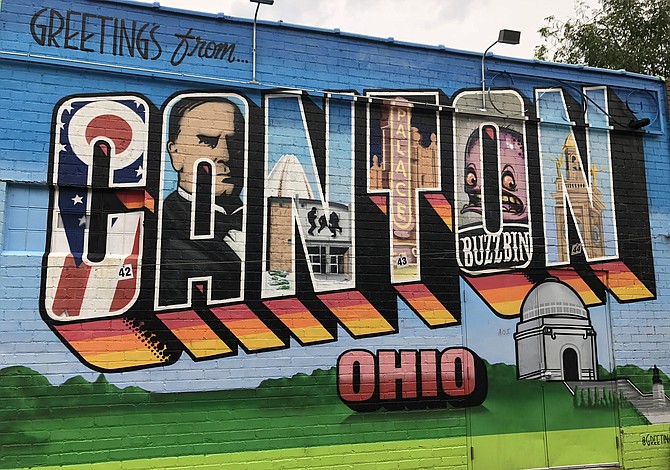 It’s that time of year when you start to notice the signs of fall, like slightly cooler temps and crisp air, yellow school buses on the road and the slight tinge of colors on the leaves of trees. But, perhaps, one of the most obvious indicators is the roar of football fans cheering for their teams in stadiums across the country. Yes, it’s the onset of another football season, an annual rite that millions of Americans celebrate. For many, the anticipation ramps up in the final dog days of summer, and the excitement becomes palpable.

If you’re a diehard fan of the game, a pilgrimage to the Pro Football Hall of Fame in Canton, Ohio is probably on your bucket list. Voted the Top Tourist Attraction in Ohio and America’s Best Attraction for Sports Fans, the Hall bills itself as “The Most Inspiring Place on Earth,” and is widely regarded as the “Sistine Chapel of Football.” And the fact that it’s located in Canton gives it additional significance, as this is the birthplace of professional football.

The city made its mark in pro football back in 1920, when representatives of ten teams gathered in town to form the American Pro Football Association, later renamed the National Football League. But, it didn’t stop there. In 1961, Canton successfully bid to be the location for the Pro Football Hall of Fame and two years later, the Hall opened its doors. Suddenly, the city took on rock star status in the eyes of the football world. Visitors began flocking to this hallowed place where history is celebrated every year with the enshrinement of gridiron royalty. Held in early August, Enshrinement Week has grown in stature and now heralds the beginning of the NFL season.

If you can’t make it to this much lauded event, don’t despair, as a visit to the Hall any other time of the year is special. And if you’re not a fan of the game when you enter, there’s a good chance you’ll be one when you leave. Now a nationally accredited museum and the first major sports hall of fame to hold this designation, the institution offers guests an immersive experience into the world of pro football. In “The NFL’s First Century Gallery,” you’ll learn the story of professional football from its humble beginnings to the worldwide phenomenon it is today, through the use of state-of-the-art interactives and one-of-a-kind artifacts. A towering bronze statue of Jim Thorpe, considered a legend in the sport, holds a prominent position in the gallery. Upstairs, there’s more historical information on display, combined with inspirational stories of the game’s pioneers, great players and coaches. The impact of pro football on society is also documented via audio and video installations in the exhibits, “Road to Equality” and “Pop Culture.”

For many, the “Hall of Fame Gallery” is a highlight, as it houses the bronze busts of all the Hall of Famers, from the inaugural class of 1963 to the present (318 in total), along with bios, photos and videos of each of the inductees. “A Game for Life” is another visitor favorite. It’s a cutting edge, multi-sensory show, featuring holographic representations of Hall of Famers Joe Namath, George Halas and Vince Lombardi, who show how the game of football can be used to teach inspirational lessons about life.