The allure of off-season on Cape Cod and Nantucket 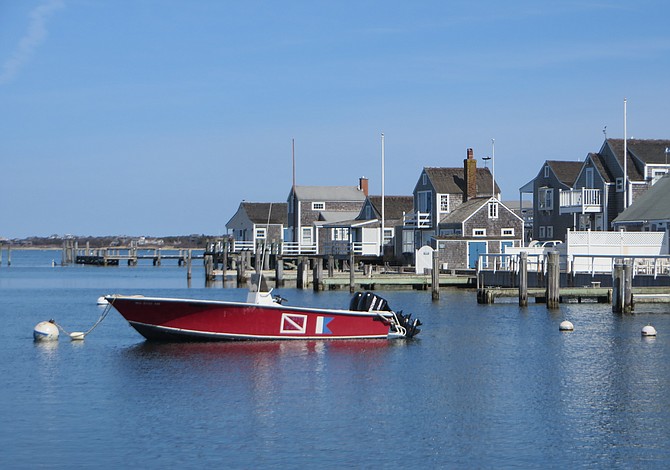 There’s nothing like strolling on a pristine ocean beach with nary a soul in sight and only the occasional gull or plover to share the space. Far off in the distance, a pair of whales spout, while nearby, several seals play peekaboo in the water. The air is fresh and crisp, and Mother Nature’s good mood means ample sunshine. It’s April on Cape Cod and the crowds have yet to make their way to this captivating destination. Come Memorial Day, however, they will be here en masse, staking claim to their spots in the sand, lining up at the lobster shacks and fudge shops and creating traffic jams along the roadways of this famed locale.

Spring on Cape Cod is a magical time, as that’s when everything begins to awaken. Flowers start to bloom, while preparations are in process for the upcoming summer season. Workmen make their presence known as they ready hotels and other businesses in advance of the hordes of visitors that will soon descend on the area. But, there’s still a sleepy quality to the place, with the majority of attractions closed or “shut” as the signs indicate. To some, this particular reality may be a downside. Others, though, might view it as an opportunity to leisurely explore one of the country’s most beautiful vacation spots with plenty of elbow room to spare.

Geographically, Cape Cod is situated at the extreme southeast corner of Massachusetts. Originally a peninsula, it became a man-made island after the Cape Cod Canal was built in 1914. The history of this area dates back 10,000 years ago, when the earliest inhabitants arrived. Native Americans, the Wampanoag in particular, populated the region prior to the Pilgrims making their appearance in 1620. The Pilgrims came aboard the Mayflower and sailed into Provincetown Harbor on the hooked tip of the Cape after a difficult trans-Atlantic voyage. Before going ashore, they executed the Mayflower Compact, which committed all male passengers to pledge to cooperate in the new government. The ship then left Cape Cod and proceeded to Plymouth, where the first colony was established. As the colony grew, some individuals decided to move to the Cape, where they farmed and fished for their livelihood. English explorer Bartholomew Gosnold is credited with coining the name of the area after he visited its shores in 1602 and took aboard a “great store of codfish” from the peninsula’s surrounding waters. 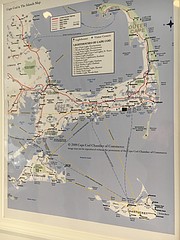 Cape Cod is approximately seventy miles long from the Canal to Provincetown’s Race Point on the outer tip of the island. It encompasses a total of 399 square miles and is from one to twenty miles wide. There are fifteen towns on the Cape, which are divided into three sections: Upper, Mid and Lower Cape. The area is easily accessible by car from Boston and other New England metro areas. Additionally, there are regularly scheduled flights to the Cape from major airports in Boston and Providence. Though relatively close to several metropolitan hubs, the island possesses a feeling of being “world’s away” from urban existence.