An epic journey to inspire the spirit 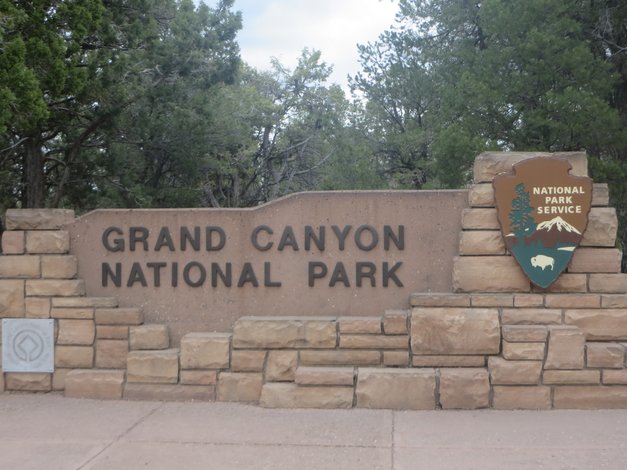 From atop the south rim of the Grand Canyon, the trail down appears daunting. It weaves and snakes its way amid the layers of rocks, eventually vanishing from sight. I take a deep breath, step off the ledge and begin my descent into this vast and imposing abyss.

Most visitors only see the canyon from one of the overlooks at the rim. Photo by Deborah Stone

Most folks only see the Grand Canyon from overlooks at the rim. Some view it from down below aboard a raft, as they ply the waters of the mighty Colorado River. I have had the privilege of enjoying both these perspectives in the past, but now I was going to undertake what only one percent of visitors actually do – hike the entire way to the bottom of this behemoth. No mule riding for me! I wanted to make the journey on foot to get the full canyon experience and feel the ultimate sense of accomplishment in this feat.

To explore this resplendent natural wonder, I opted to join a guided, small group trip with Wildland Trekking, a highly reputable company specializing in outdoor hiking adventures in and around the Grand Canyon. With a guide, I knew I would learn so much more about this treasured national monument than if I were to do it solo. And in the company of other like-minded companions, I would have the added bonus of a camaraderie-rich adventure.

Each step you descend takes you back in time 30,000 years. Photo by Deborah Stone

The Grand Canyon gained national park status in 1919, eleven years after being designated a national monument by President Theodore Roosevelt. Since then, millions of visitors have flocked to this awe-inspiring sight. Though it is not the deepest canyon, its overwhelming size and intricate and colorful landscape have contributed to its global fame and almost mythical status. Geologically, this landscape is significant because of the sequence of ancient rocks that are beautifully preserved and exposed within its walls. These rock layers provide a record of much of the early geological history of the North American continent. Additionally, it is one of the most spectacular examples of erosions in the world.

It’s hard to comprehend the size of the canyon because it’s so overwhelming in scale. The numbers say it all: 277 river miles long, up to eighteen miles wide and one mile deep. As for age, the canyon itself is a fairly young feature, geologically speaking, having formed only in the past five or six million years. The rocks in the bottom of the canyon, however, are a different story. They date back billions of years and tell a tale of land masses colliding and drifting apart, mountains forming and eroding away, sea levels rising and falling and relentless forces of moving water. It is said that each step you make as you descend into the canyon takes you back in time 30,000 years.

The trail from up above appears winding and steep. Photo by Deborah Stone

On Wildland Trekking’s 3-day Phantom Ranch Hiking Tour, your first day is spent on the descent into the canyon on the South Kaibab Trail, one of two “superhighways” in the Grand Canyon. It’s about 7.5 miles from the trailhead near Yaki Point to Phantom Ranch, your home at the bottom of the canyon for the next two nights. The South Kaibab was constructed in the 1920s in response to an uber-capitalist who insisted he owned the rights to the Bright Angel Trail, the one main route in existence at the time. The National Park Service decided to construct a trail of its own, along a protruding ridge; the effect being that it is one of the most straightforward descents found in the Grand Canyon. It starts out steep and never lets up, but there are plenty of places to stop, take in the spectacular views and rest your weary feet. At Oh-Ah Point, for example, you can look east towards Desert View Watchtower and see numerous side canyons that slash their way down to the Colorado River in deep, but regular intervals. Between each of these drainages, jagged rows of rock project up from the recess with their familiar lineup of weird looking, yet incredible buttes, spires, mesas, knobs, castles and temples with names like Vishnu, Brahma, Isis and Shiva. Other formations within the canyon honor explorers, scientists and heroes of different countries and cultures. There are even pirate and Camelot themed monikers or simply visually descriptive titles such as Cape Solitary, Kangaroo Headland, Point Retreat and the Alligator.