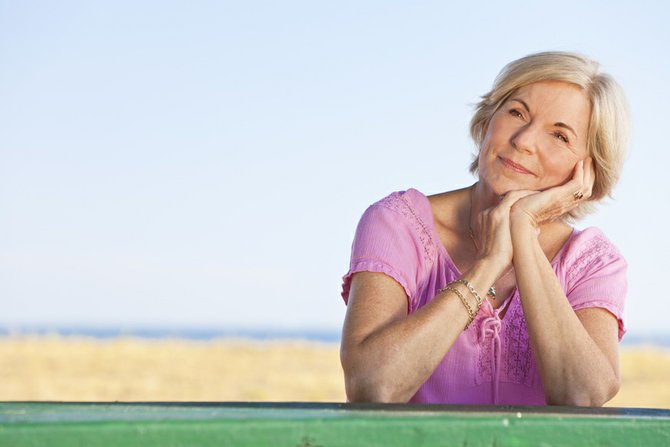 The title of a new documentary by social anthropologist and researcher Marilyn Schlitz and popular holistic health guru Deepak Chopra is arresting, if not a bit confusing: Death Makes Life Possible.

“It’s taken me almost a lifetime to fully comprehend that death is an on-going process that makes life possible,” says Chopra during the film’s opening sequence. “What makes the universe fresh is that it’s dying and it’s being reborn… and every time it’s reborn it actually creates a better version of itself.”

While that explains the title, the film itself includes many other perspectives on death as well – from Hindu to Muslim, Buddhist to Christian, even atheist – encouraging the viewer, regardless of their spiritual persuasion, to think deeply, even originally, about a subject that affects us all.

The assumption of most everyone interviewed for the film is that there is a lot more to us than what our bodies would indicate and that, as Schlitz puts it, “there may be possibilities beyond physical death.” What’s even more exciting, however, is to consider the impact this sort of exploration might have on our present state of being, our health, and our ability to encourage and support the health of others.

Many years ago, a small group of men living in the Middle East discovered just that. Even though they had spent years living with Jesus – listening to his sermons, watching him heal countless thousands – it wasn’t until after his crucifixion and subsequent resurrection that they began to see real improvement in their own healing abilities. As Mary Baker Eddy describes it in her book Science and Health, it was the realization that Jesus had not died – that life is in fact eternal, not in some sense recyclable – that “convinced them of the truthfulness of all that he had taught.”

Eddy spent a great deal of time contemplating the question of death within the context of Jesus’ resurrection, leading her to conclude that the process of dying is simply part and parcel of the commonly held belief that life must inevitably come to an end, characterizing it as “but another phase of the dream that existence can be material.”

Which raises an important question: Is there a way that we can benefit from what Jesus’ resurrection implies about our own immortality, even if we haven’t witnessed such an event firsthand?

For some, the notion that life goes on is not much more than an intuition. Others describe it as nothing less than a high sign from God that that we will never be deprived of all the good that life affords. Although perhaps not as visually impressive as a full-blown resurrection, such an insight can be just as effective in terms of improving our capacity, here and now, to heal and be healed.

Such was the case for Eben Alexander. Some years ago the former neurosurgeon went through a dramatic near-death experience, during which he realized that he was loved, that he had nothing to fear and that he could do no wrong. When asked if he saw any connection between what he describes as a divinely inspired revelation and his rapid recovery from a rare disease, he replied, “Yes. I think those insights were absolutely essential to my recovery.”

Could it be that what Alexander and many others have glimpsed was not simply that we are more than what our physical bodies would indicate but that, in reality, we are wholly spiritual in nature? And might this understanding – and all the benefits that go along with it – be available, not just to those who have died or nearly died, but to anyone, right now, willing to consider this possibility?

“The key to the conquest of death,” says Chopra toward the end of his film, “is to find out who you are.” Although finding out who and what we are may be a long journey, we can expect to uncover plenty of health-promoting insights along the way – insights that will change our perspective, transform our being and maybe prompt us to ask, not if death makes life possible, but if within a life that is essentially spiritual and eternal, death itself is even possible.