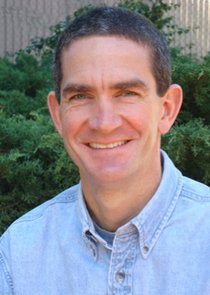 Eric Nelson’s weekly column, “Consciousness and Health,” has appeared on a number of national media web sites including The Washington Times, The Washington Post, The Houston Chronicle and American Public Media's "On Being” blog. Eric also serves as the media and legislative spokesperson for Christian Science in Northern California, likes to go for really long bike rides, and is more than happy to chat with anyone, anytime, about baseball. You can find him at norcalcs.org or on Twitter @norcalcs.

The last time I had the flu was 17 years ago

How this writer sought a spiritual solution and has been free from the flu ever since.

“None of us in science and medicine have the answers we tell you we have,” said Betsy Nabel, president of Brigham and Women’s Hospital and a professor at Harvard Medical School. “Despite all of our knowledge, we humans are desperately in the dark about how most things work.”

A spiritual approach to dealing with adverse drug reactions

Are alternative health approaches one answer to adverse drug reactions(ADR) in America?

Can we be scared into being healthier?

Remember the scary messages to stay away from drugs and smoking? Were they effective? Yes and no. Yet, "fear is not a sustainable motivator" notes Dr. Dean Ornish. What does seem to work is seeing immediate results from behavioral changes.

Let’s challenge conventional notions that people with #Alzheimer’s are ‘unreachable.’ Seeing others as whole, needed and complete can have a healing effect!

Seeking a more divinely inspired perspective on life – one that recognizes Spirit or God and not matter as the true essence of our being – is the ideal prescription for gaining and maintaining sound minds and bodies.

Confronting the terror of failing health

Whether we’re standing up to a terrorist’s threat on the streets of Paris or refusing to accept as final a prognosis of declining health, we can set the mental wheels in motion – and do a world of good – by affirming, with confidence, we are NOT AFRAID!

Despite today's media emphasis on youth and many erroneous assumptions about age, I feel life is getting better not worse! Writer Eric Nelson agrees and brings out some good points in the following article.

Dr. Laura Carstensen, director of Stanford University’s Center on Longevity, notes that there is zero evidence that brain training games can stave off Alzheimer's disease. Yet, there is anecdotal evidence that increased spirituality can reverse such a diagnosis.

It’s argued that psychedelic drugs are a great way to reconnect the mentally distressed with their inner self – their spiritual self. Yet, long before psychedelics had been discovered, religious reformer Mary Baker Eddy found that a wholly prayer-based approach to treating mental illness worked best.