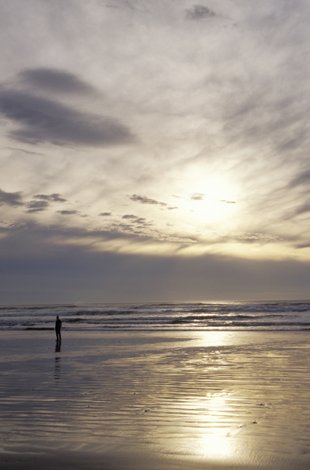 For Kelly Turner, a researcher and lecturer in the field of integrative oncology, the realization that spontaneous remission of cancer was even a possibility blew her mind. For the rest of the world, perhaps particularly those who have been diagnosed with cancer, having a better understanding of this largely misunderstood phenomenon could literally save their lives.

This first installment of a two-part column looks at the inspiration behind Dr. Turner’s soon-to-be-released book, Radical Remission: Surviving Cancer Against All Odds, the nature and implications of her research, and the reception she’s received from her peers. Next week, part two will examine her most startling discovery and take a deep dive into the role of spirituality in the treatment of this disease.

It all began when Turner was just eight years old. Her uncle, who lived nearby and was the same age as her father, died of leukemia. Just six years later, a classmate and dear friend was diagnosed with stomach cancer and passed on shortly thereafter.

Fast forward another nine years and Turner found herself working on her master’s degree and counseling cancer patients at the University of California, San Francisco’s Comprehensive Cancer Center. It was then that she picked up a copy of Spontaneous Healing, a book by integrative medicine guru, Dr. Andrew Weil.

“I remember reading it on my lunch break and I got to the point in his book where he brings up a spontaneous remission case from cancer and I just froze,” she said during an interview last year. “It’s still hard for me to believe that I hadn't heard of these cases before. Maybe I had and I'd never taken them seriously, but to see one in print in front of me, it just stopped me in my tracks, and I said, ‘Even if this just happened once, it should have been national news.’”

That same day Turner went home and stayed up until midnight reading anything she could find on the Internet about spontaneous remission. This included a comprehensive study done by the Institute of Noetic Sciences documenting over a thousand cases of spontaneous remission from malignant cancer.

“I remember just being angry,” she said. “I was like, what the heck? I’m finding cases from 1790 and I had not heard about this? That’s when I decided to continue on for my PhD and just study this really intensely.”

One of the first things Turner noticed was that few if any of the medical studies she read made any mention of the people who actually experienced the spontaneous remission.

“I would read case after case after case in the medical journals and after every one I would write on the bottom, ‘What does the patient think healed him or her?’ No one in these medical reports was asking that,” she said. She also noticed that no one seemed interested in the non-allopathic, non-western healers involved.

This prompted Turner, as part of her doctoral dissertation, to take a ten-month tour of the world to interview 50 alternative cancer healers in 11 different countries including the United States, China, Japan, New Zealand, Thailand, India, England, Ireland, Zambia, Zimbabwe, and Brazil. By the time she returned, she had also uncovered 20 new cases of spontaneous remission and conducted interviews with the survivors. This included individuals who had either been diagnosed with cancer and chose to receive no conventional medical treatment, or cancer patients who had given conventional medicine a try and then gave it up for something else. Since then, Turner added a third category to include those who combined multiple methods of treatment.