Cognitive Dulling a Significant Problem for Many Older Adults 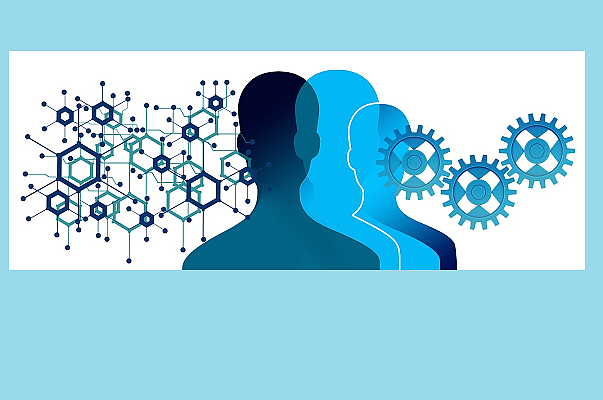 ...by JOHN SCHIESZER
Someone asks you a simple question and you snap. Common tasks, like washing the dishes, feel impossible to accomplish. You might have a brain ache. It is now being called cognitive dulling, which is a form of mental fatigue that leads to difficulty concentrating, decreased productivity, and a decline in emotional and mental health, according to Jennifer Bahrman with the University of Texas Health Science Center at Houston.

She said it is the result of our bodies being in “survival mode” for the past two years during the COVID-19 pandemic and enduring heightened stress levels, changes in routine and environment, and fear of the future. “March marked the one-year anniversary of stay-at-home orders across the country,” Bahrman said. “We thought the pandemic precautions would last for two weeks or even two months, but they’re still going on in various ways a whole year later.”

There’s been glimmers of hope with the vaccines and recent drops in case numbers, but many are still worried about the economy, whether we will see another COVID-19 wave with the new variants, and whether enough precautions are being taken. “Many people are living in a constant state of fear wondering, ‘Am I going to become sick? Will I get someone else sick?’” said Bahrman.

Dr. Vineeth John, who is a professor in the Department of Psychiatry and Behavioral Sciences at the University of Texas, said cognitive dulling is a combination of decision fatigue and Zoom fatigue, plus all of the other new things everyone has been experiencing during the pandemic. “It’s also the result of our regular experiences and daily routines constantly being altered. Dealing with constant isolation from the pandemic can prevent us from being present, productive, and creative,” said Dr. John.

Bahrman noted that the term has almost become taboo, but self-care is something everyone needs to strive to do to give themselves a break. Options include practicing mindful meditation, meal-prepping so you can maintain a good diet, doing a hobby you enjoy, going on a vacation or staycation, going for a walk, or reading. Bahrman said just taking some time every day to not have to think can do wonders for your mental health.

Mental health experts say it is critical to know your limits, and be kind to yourself when you reach them. “It’s okay to say no,” Bahrman said. “I talk about the importance of saying ‘no’ to my patients often. We don’t always need to agree to another meeting or opportunity. There will always be more meetings and opportunities.”

Managing stress in one area of your life can be highly valuable. Bahrman said it can give you a sense of normalcy in one area, and that is something you can build upon. You can take away a lot of pressure by avoiding perfection. “Don’t let perfect be the enemy of good. With so much going on, just do your best and strive for good rather than perfect,” said Bahrman.

Reducing the amount of decisions you have to make can be an important first step. For example, making meal planning easier by preparing enough meals for the week over the weekend. Bahrman said a major problem is that many people are unwilling to ask for help. Talking to a friend or loved one and seeking help from a professional can improve mental health significantly. “Everyone can benefit from therapy,” said Bahrman.

Adopting a regular exercise program can help combat cognitive dulling and depression. Exercising for half an hour may reduce symptoms of depression for at least 75 minutes post-workout and amplify the benefits of therapy, according to researchers at Iowa State University.

The research team recruited 30 adults who were experiencing major depressive episodes. The participants filled out electronic surveys immediately before, half-way-through, and after a 30-minute session of either moderate-intensity cycling or sitting and then 25- minutes, 50- minutes and 75-minutes post-workout. Those who cycled during the first lab visit came back a week later to run through the experiment again with 30-minutes of sitting, and vice versa.

During the cycling experiment, participants' depressed mood state improved over the 30 minutes of exercise and consistently up to 75 minutes afterward. The improvement to anhedonia started to drop off at 75 minutes post-exercise, but still was better than the participants' levels of anhedonia in the group that did not exercise.

"The cool thing is these benefits to depressed mood state and anhedonia could last beyond 75 minutes. We would need to do a longer study to determine when they start to wane, but the results suggest a window of time post-exercise when it may be easier or more effective for someone with depression to do something psychologically or cognitively demanding," said study investigator Jacob Meyer, a professor of kinesiology at Iowa State University, Ames, Iowa.

In a separate study, participants who exercised before the cognitive behavior therapy session reported a quicker and stronger connection with their therapists. The researchers said the findings suggest exercise may be priming or "fertilizing" the brain to engage with more emotionally challenging work that can happen during therapy.

The researchers now plan to expand their studies to better understand how exercise could be incorporated into an effective treatment or intervention for people experiencing brain aches or depression.

John Schieszer is an award-winning national journalist and radio and podcast broadcaster of The Medical Minute.  He can be reached at medicalminutes@gmail.com.