Catching Up With Nancy Guppy 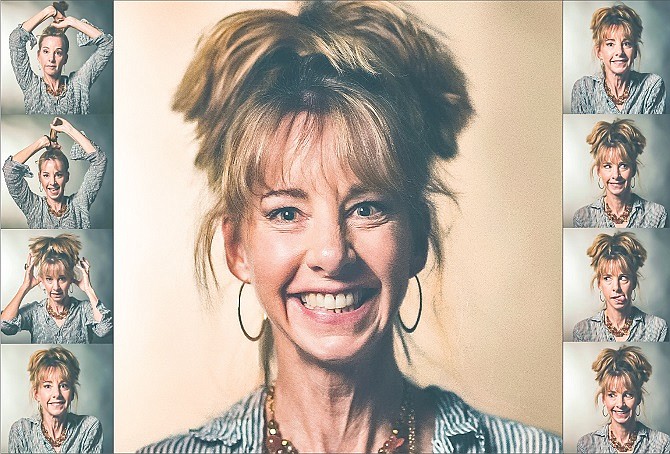 Seattle native Nancy Guppy is the host of "Art Zone with Nancy Guppy" on The Seattle Channel and is familiar to viewers of the longtime Seattle sketch comedy show, “Almost Live!” She has won numerous awards for her work as a writer, host, producer and cast member. Photos by Ernie Sapiro
...by Debbie Stone 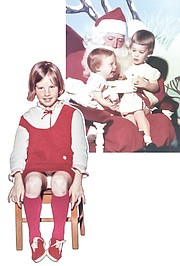 Nancy knew she was funny from a young age. She also claims she spent most of her babyhood crying –here she is bawling on Santa’s lap with her big sister, Anne. 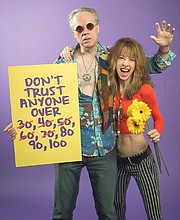 OOPS! See photo credit below for origins of this great photo! Joe and Nancy Guppy hamming it up. When they met in 1985, Joe was working for "Almost Live!" He got Nancy a job with the show and changed the direction of her life. Photo by Ernie Sapiro. This photo was originally published in 3rd Act Magazine (Aging With Confidence), which covered Nancy and Joe Guppy in 2017. Live links to the original story and issue can be found at end of story in "MORE INFORMATION" box https://www.3rdactmagazine.com/ lifestyle/living-learning/joe-nancy-guppy-say-yes/. View the issue at: https://issuu.com/3rdactmagazine/ docs/3rdact_spring2017. Our apologies to 3rd Act Magazine!

For ten plus years, she has been the face of "Art Zone with Nancy Guppy" on The Seattle Channel.