Reopening of Washington State Parks for day use 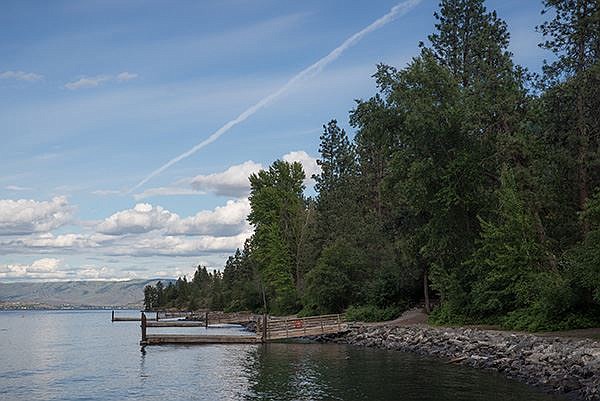 As the days blur together due to Gov. Inslee’s stay-at-home order, they become warmer and warmer. With beautiful springtime weather, cabin fever is setting in for many Washingtonians. Restlessness mixed with the newfound opportunity for a Vitamin D source has left many of the question, “When is it safe to go outside again?” March 25 marked the closure of state parks and most county parks along with the stay-at-home order. Neighborhoods bustle as residents run, walk and bike from home at a safe distance.

Gov. Inslee announced that state parks were set to reopen on May 5 as part of Washington state’s phased approach, but with some added regulations to enforce social distancing measures. The parks department urges park-goers to limit park visits to day trips that are close to home. Camping and all other overnight accommodations remain closed for the time being and park visits now come with a list of social distancing requirements including:

-Visit parks alone or with other members of your household

-Bring your own toilet paper, hand sanitizer, water and mask with you. Some facilities such as restrooms may still be closed.

-Avoid crowded parks. If the park looks too crowded to remain six feet away from other park-goers, turn around and come up with a different plan.

-Pack it in, pack it out. Any garbage you bring into the park including disposable gloves or masks should go with you when you leave the park.

Although the majority of state parks did reopen on May 5, there are some that remain closed until further notice such as beach parks on the coast and on the Columbia River Gorge. For a full list of parks that are now open and parks that are still closed, click here or call 360-902-8844. It’s important to note that the reopening process takes time, especially with limited staff. Some gates may remain locked for several days.

King County Parks opened back up on May 8 with similar social distancing guidelines as Washington State Parks. Restrooms, sports courts, playgrounds and picnic areas, however, remain closed. Similarly, Pierce and Snohomish Counties reopened parks and trailheads on May 5, aside from park amenities. All three counties are blocking off a portion of parking spaces at parks in attempts to avoid crowding and encourage walking or biking to parks for those who are able.

Phase one of Washington’s phased approach will last at least until early June. Once officials determine that the disease burden is decreasing, Washington will be allowed to go into phase two which includes camping and beach access. Phase three includes the reopening of sports facilities and public swimming pools. For more information on the phased approach, click here or call 360-902-4111.

Once parks open back up for camping, Washington State Parks compiled a list of destinations for those who love golfing and camping. Check out these getaways on the green on the Washington State Parks blog. Plan a perfect weekend golfing during the day and relaxing at a stunning nearby campground at night. Here are the options listed on the blog: