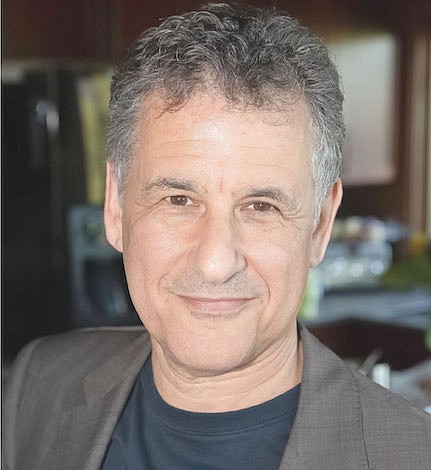 Bestselling author Daniel Levitin will return to Seattle on January 16 to discuss his latest book, “Successful Aging: A Neuroscientist Explores the Power and Potential of our Lives”

When asked about what inspired him to write about aging, a departure from his other books, Levitin reflected that “as a college professor, I am around people of all ages, from 17 to 101 – yes, my colleague Dr. Brenda Milner at the Montreal Neurological Institute just turned 101. I noticed that some people tend to age better than others and as a neuroscientist, this made me curious to find out why.”

It is probably fair to assume that we all have had older adults in our lives who have served as guides on how to age successfully. Levitin has many examples, including his own parents. As Levitin reflects “[A]s I’ve grown older myself and have spent more time with people who are in the last quarter of their lives, I’ve seen a different side of aging. My parents are now in their mid-eighties and are as engaged in life as they have ever been… They look old, but they feel like the same people they were fifty years ago, and that amazes me.”

Levitin’s parents, who are now in their mid-eighties and as active as ever, were two of the inspirations for his book, “Successful Aging.” Here is Levitin with his mother and father, Sonia and Lloyd Levitin

On the work front, Levitin’s father, a successful business leader throughout his career, was encouraged to retire at 62 to make way for someone younger. Feeling pushed out, his self-worth in question, he began to experience physical ailments, a shrinking social circle and depression. This was in 1995. At that time, a slow shift in societal and employment thinking began to emerge and recognize the value of older adults.

To his father’s credit, he began networking, which led to an opportunity at USC Marshall School of Business where he is now teaching a full load of four courses per semester. His skills as a businessperson bring real world experience and knowledge into the classroom, something that a younger professor can’t. And guess what? Once he found meaningful work, the physical ailments and depression dramatically lessened. Mr. Levitin just signed a four-year renewal to teach until he is 89.

Levitin’s mother has a similar story of evolution, change and growth. A writer with over 40 published novels to her credit, she found that publishers were no longer interested in her work after she turned 75. As a result, she pursued playwriting. Writing plays required her to develop new skills and explore a new profession. As a playwright, she had to learn how to write a script, format it on her computer, find a director and performance space for her play, and audition actors, along with the myriad of other requirements for producing a play. Her first play, when she was 78, was staged in a well-known Los Angeles theater.

Outside of work, Levitin’s parents are socially active, love hiking and nature, engage in spiritual pursuits, and “[w]here certain faculties have slowed, they find that extraordinary compensatory mechanisms have kicked in—positive changes in mood and outlook, punctuated by the exceptional benefits of experience.”

While Levitin doesn’t minimize the changes and losses that occur as we age, he does make a compelling, evidence-based argument that older age is its own developmental stage—like infancy and adolescence—that brings with it unique advantages and demands. He encourages us to plan thoughtfully for old age as the average life expectancy continues to increase.