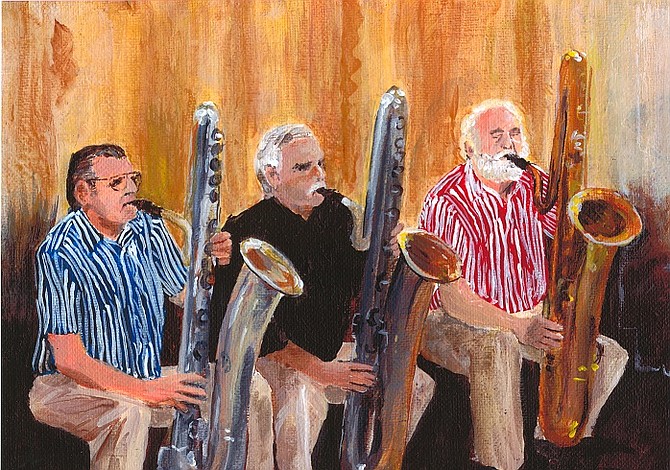 This article is sponsored by the Greater Olympia Dixieland Jazz Society

The festival includes world-class bands from all over North America including Fat Babies out of Chicago and the Wolverines from Boston. The large dance floors and dance lessons (Balboa | Foxtrot | Charleston) are sure to provide a wonderful time for all!

Special features include classic jazz festival traditions such as parasol parades – an audience favorite where the ladies with beautifully decorated parasols pop up during certain songs to stroll through the crowd, a “swing set” – where the younger folks get up to dance swing and the Lindy Hop, an After Glow Party for dinner at the waterfront restaurant Tugboat Annie’s with two jazz bands for more dancing in the aisles.

This year’s festival is a tribute to Bert Barr, an icon of Seattle’s jazz world and leader of the Uptown Lowdown Band. Over the past 40 years the band was one of the most popular festival bands, performing across the country and around the world. In the ‘80s, the band served as house band for the Seattle Mariners and for Seahawks pre-game rallies. The Puget Sound Traditional Jazz Society says that Bert Barr contributed more to the local traditional jazz landscape than any other musician. Barr died in April.

The Festival’s director, Charlotte Dickson, has always been interested in jazz. “Twenty-nine years ago, someone said to me, ‘Come to the jazz festival, you like to dance.’ My girlfriend and I had both lost our husbands, so we went. It was my kind of music – Louis Armstrong, Jelly Roll Morton and all the other greats. Three years later I was director of the festival, now going on twenty-five years.”

She adds, “Please join us!”