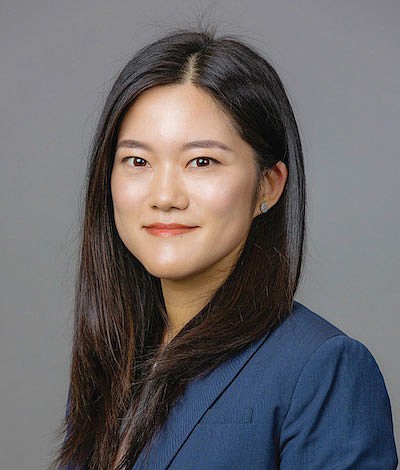 This year, the de Tornyay Center for Healthy Aging welcomed the inaugural Doris Carnevali Engaging with Aging Term Post-Doctoral Fellow, Shaoqing Ge, to the center. Ge holds a Masters in Public Health and completed her PhD at Duke University, where she spent her graduate studies investigating the complicated relationship between sensory loss, cognitive decline and social support.

The post-doctoral position is based around “Engaging with Aging,” a concept that emerged from Doris Carnevali’s blog, engagingwithagingblog.wordpress.com. Carnevali, a 97-year-old retired UW nursing faculty member, writes about her aging experience and strategies she uses for adapting to the changes that come with aging.

“I feel the focus of this position, Engaging with Aging, corresponds to where I really want my research to contribute to,” Ge said. “I don’t think, as a nursing researcher, we need to focus on one particular type of disease, especially in the field of aging.”

During her PhD, Ge looked at the relationship between cognitive decline and social support. As she expected, higher social support predicted better cognition. Ge also examined the relationship between sensory loss and cognitive decline, based on data from the Health and Retirement Study, a study of thousands of Americans over age 50. Her work builds on other research coming out in the past few years that suggests hearing loss may increase the the risk of dementia.

The exact reason for the relationship between hearing loss and dementia isn’t known, and it doesn’t necessarily mean that hearing loss causes dementia. One theory, says Ge, is that the communication barrier causes individuals with hearing loss to withdraw and isolate themselves. That can lead to loneliness or depression, which other research has shown increases the risk of dementia.

Even without knowing if treating hearing loss can help prevent dementia, it certainly doesn’t hurt. On average, people who use hearing aids waited ten years before addressing their hearing loss, says Johns Hopkins Medicine. While some people are hesitant to get hearing aids, research shows that the sooner hearing loss is addressed, the better. Improving hearing can help prevent isolation and dementia, and improve quality of life. Even if individuals decide not to pursue hearing aids or other treatments, they can let family and friends know the best ways to communicate with them. Family and friends can make sure to speak clearly, be ready to repeat themselves when needed, and try to talk in quieter settings when possible.

Find tips on managing hearing loss and talking to someone with hearing loss at the National Institute for Aging website: www.nia.nih.gov/health/hearing-loss-common-problem-older-adults