How this local stunt has ties to Woodstock 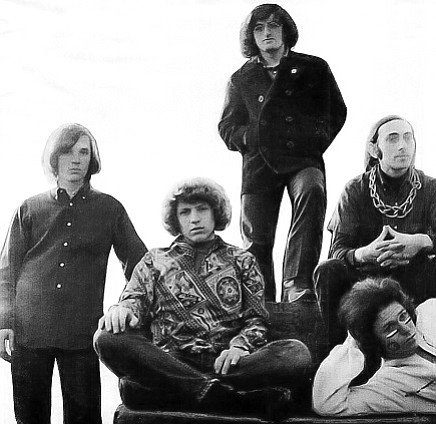 Country Joe and the Fish were headliners at the Northwest's Great Piano Drop in 1968, as well as the Sky River Rock Festival and Lighter than Air Fair a few months later. Sky River was a forerunner of Woodstock, where they also played

On April 28, 1968, 50 years ago this month and more than a year before Woodstock set the world on fire, a stunt to benefit Seattle’s counter-culture newspaper the Helix and public-supported radio station KRAB took place in a field near Duvall. There was rock music by Country Joe and the Fish, but what really captured the crowd’s imagination was the promise of a piano being dropped out of a helicopter and smashed on the ground. It was advertised as the first piano drop in the United States (and perhaps the world!).

Last year, Gabriel Spitzer of KNKX public radio interviewed Paul Dorpat, founder and editor of the Helix, about the Great Piano Drop. Dorpat collaborated on the event and credits his friend Larry Van Over, better known as Jug, as coming up with the idea.

Van Over had heard someone destroying a piano with sledge hammers over the radio. He thought dropping a piano from a great height would be much more satisfying and that his field near Duvall was the perfect place to do it.

The idea was absurd, said Dorpat, but “we were doing all sorts of strange things. This is part of what life was about then, arranging strange parties.”

The Piano Drop was an add-on to a benefit rock concert that took place a week earlier at Seattle’s Eagles Auditorium – attendees with a ticket stub from the concert had free entry to the Piano Drop, or you could pay a $1 cover fee to view the spectacle.

Stan Stapp, writer for the North Central Outlook, described that afternoon: “…as we approached Duvall, population 455, and witnessed probably the town’s first major traffic jam, completely blocking the long concrete bridge (the one which has replaced the old plank bridge that for many years sounded like it was falling down behind you as you drove along), I felt part of a friendly caravan of hippies out on a Sunday lark… The overall scene was of several thousand colorfully dressed people, in every conceivable outfit from mini-skirts to Amish hats for the girls, and with men sporting a wide variety of beards, long hair and curly hair.”

According to the article, the old upright piano to be dropped had been purchased at St. Vincent de Paul’s for $25.

Dorpat recalls that the sides of a ravine, with a woodpile at the bottom of it that served as the piano’s target, was crowded with 3,000 people.

The helicopter rose above the crowd and dropped the piano in a rather anticlimactic manner. Spectators heard only a mild whump, or, as Stapp described it, “a plomp, with nary a musical note of complaint.”

But the crowd was far from disappointed. People took pieces of the debris as souvenirs. Dorpat said the piano’s harp survives to this day in a garage north of town. The Piano Drop was such a success, in fact, that organizers realized they could put together a much larger musical event. “By God, if 3,000 plus people will drive out on a two-lane country road to come to a piano drop in a place they don’t know, given 40 acres and latrines...” mused Dorpat. They knew they could pull it off.

Just a few months later, over Labor Day weekend, the Sky River Rock Festival and Lighter than Air Fare took place near Sultan. “It’s kind of a miracle that we could get so much done that quickly,” said Dorpat.

The rock festival was a roaring success, with 13,000 paid ticketholders and thousands more who snuck in. The festival featured 30 to 40 local and nationally-known bands, including Country Joe and the Fish, Santana, The Grateful Dead, The Youngbloods and many more. Some bands from Sky River (including Country Joe and the Fish – the headliner at the Great Piano Drop) went on to play at Woodstock a year later.

In a roundabout way, the Great Piano Drop, which led to Sky River, can probably take a little credit for Woodstock. “Sky River was a nationally important event…We do know that Woodstock organizers were aware of the Sky River Music Festival,” said Dorpat.

He goes on to describe that time and that place as “alive, brilliant, charming, strange…it was imagination trying to express itself.”