Taproot Theatre’s “Miss Bennet: Christmas At Pemberley” Is a Lush Recreation of Past Times 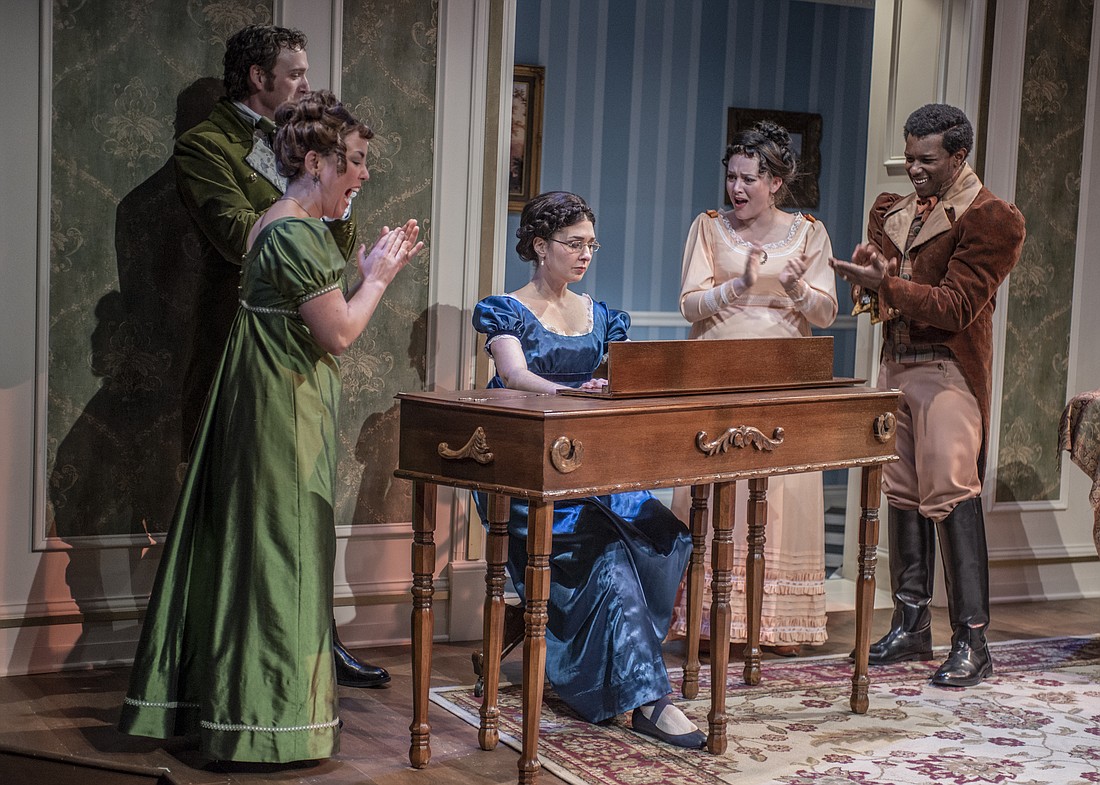 Taproot Theatre’s Christmas offering Miss Bennet: Christmas At Pemberley is typical of their seasonal offerings. Filled with fast-paced banter using English accents, it requires the audience to be extremely attentive to each and every line and change.

And that’s fairly easy to do in the intimate setting of the Taproot where it feels like the one is sitting in the drawing room of Pemberley watching delightfully charming English nobility go about their Christmas season with spinster sister Mary Bennet in the center of much of the drama. And there is much drama for the one unwed sister who begins the show more interested in books than anything else. Still, the show keeps providing be hope that Miss Bennet can find true love and become Mrs. Somebody, which makes perfect sense in this continuation of Jane Austen’s classic characters.

Then, there is the trendy new idea imported from Germany - cutting down a tree and bringing it inside. In a comic piece that continues to catch the interest of every new character who enters the drawing room, everyone wants to know why anyone would cut down a perfectly healthy tree and put it in their home - a question as relevant today as it was in 1815.

Personally, I’m not a big Jane Austen fan. Too much talk and not enough action for me. However Taproot’s production of Miss Bennet: Christmas At Pemberley kept me interested and involved for the full two hours of almost constant dialogue.

Taproot’s ornate costumes and professional stagecraft combined with the show’s highly talented cast to create a two-hour escape well worth your time during the busy Holiday Season.

Miss Bennet: Christmas At Pemberley continues at the Taproot in Greenwood through December 29.