The Person and the Political 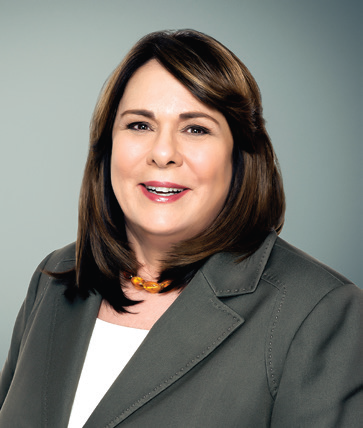 What can people do to get this issue in front of their local and national government and potentially increase funding?

“It’s funny because when you’re consumed by it as an individual, the last thing on your mind is politics and funding. But I think, in the end, it is the personal stories of people that reach Congress. You’ve got to have a strong lobbying arm. Congress is nothing but a collection of people, many of whom probably know somebody with Alzheimer’s. So there’s the personal stories, and then there’s talking to and writing letters to your congressmen and senators. There are a lot of folks competing for those federal dollars and it takes squeaky wheels. Who’s up there hammering? Who’s saying, this is an important issue to me, a voter in your state or in your district? We need more money for this. Know your facts, know your figures. Write your letters. It matters. Congress responds to voters.”

Until recently, Candy Crowley has been very private about her own mother’s condition. “She was a really private person and I’m just trying to protect her dignity, I guess,” says Candy of her mother. “This is an undignified disease, as we all know, and while she’s still here and there are people who know her, I feel some obligation to protect her. [But] I’m also aware of what a vital issue this is to bring to the forefront and try to get research and money for research. We need a cure. We need some understanding of what brings this on. The first time I ever said something in public, I didn’t really intend at all to talk about my personal experience. And I think there’s a part of me that [feels that] my personal experience pales in comparison to what some other people are going through. So I’ve been reluctant to do it, both for mom and her privacy and because I’m aware that so many other people have much harder challenges. And I think everybody, to a certain extent, goes through that because you’re kind of the guardian of that person’s legacy… You want to be protective of that, but at the same time you want to bring it to the public’s attention because it needs attention. I’m always struggling with that balance.”

Was Candy at all surprised the first time the doctors informed her family of the dementia?

“No, because we knew it long before any doctor told us. You know what it’s like when you look back at something and you say ‘Ahh?’ Well, I recall, maybe 15-20 years ago, saying to my brothers, I think there’s something wrong with Mom’s hearing. She would repeat conversations and ask the same questions over and over.

But over the years, it became increasingly clear. It was a gradual thing, though, like we would be in the car and she would be looking at a map, but the map was upside down. Just things that, at first, your mind doesn’t want to go there. But then, over time, we got to the point where she had the brake and the accelerator mixed up. You realize she can’t make a cup of coffee. That she will continually put coffee in the filter as opposed to realizing it’s ready to go. So we would sort of find ways around it. We’d load the coffee machine the night before and say, “Mom, just press [the on button].” We hung notes in different places and tried to make it not hard for her because it’s so hard on them when they’re in that place where they know something’s wrong, where they know they’re not remembering. It’s terrifying and confusing. My mom would sometimes take her fist and kind of knock on the side of her head and say, ‘I’ve got to get my act together,’ like she could will herself to remember. And it was just excruciating watching her struggle with the fact that she wasn’t remembering things and that she was leaving us, in a way. In a very painful way.