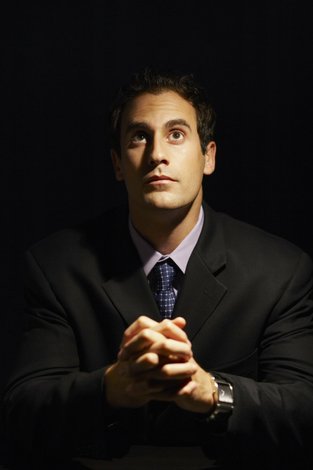 45.8 percent of physicians report at least one symptom of burnout; highest rate among those involved in frontline care (Shanafelt, 2012)

Physicians have twice the risk of suicide of general population

Each year, it would take the equivalent of 1 to 2 average size graduating classes of medical school to replace the number of physicians who kill themselves (Miller & McGowen, 2000)

As mentioned in my last column, the 22ND Annual Psychotherapy and Faith Conference was hosted by the Institute of Spirituality and Health at The Texas Medical Center in Houston.

Dr. Pargament, a professor of psychology at Bowling Green State University, was one of the conference speakers. His talk was titled Conversations with Eeyore: Spirituality and the Generation of Hope among Mental Health Providers.

Pargament explained that health care providers can be traumatized by what they see in their client’s lives. But, even though they may be traumatized, the sacred dimension (spirituality) of a client can lift them up. Attending to the spiritual aspects of clients can actually jumpstart both the lives of the client and the care provider. Pargament also stated that spirituality fosters the sense that something runs beneath what we see.

In my own healing practice, I’ve noticed that the human capacity for change and growth stem directly from spirituality. Why? Because a spiritual sense of existence enables us to focus on and demand order, balance, strength, and health rather than the limitations and fears of a material-based outlook.

What would happen to health care in general if a majority of providers discovered that they were consistently connected with and empowered by something divine? Would this spiritual advantage prompt a reduction in trauma, depression, and suicide among physicians and society as a whole?

The Wall Street Journal recently reported, “Nearly 70% of community hospitals surveyed in 2011 provided chaplaincy services, up from 62% in 2003, according to the American Hospital Association.”

If spiritual care is being offered to patients because of its recognized benefits, why aren’t providers requesting and receiving some form of spiritual care? Perhaps, it is because, until recently, voicing the words spirituality and health in the same sentence was taboo.

In 1977, Dr. Pargament gave his maiden talk about the relationship of religion and mental health to a university’s psychology department. Afterwards, the distinguished chairman of the department whispered to him, “I’m Catholic.”

Pargament describes what happened next, “Being trained as a clinical psychologist, I knew what to say. So, I leaned toward him and whispered back, “Oh.”

Then Pargament softly asked, “Why are we whispering?” The chairman said, “Well, you know, psychology, being Catholic, they don’t exactly mix.”

The chairman’s response was a sign of the times. In the 70’s, if you were in psychology or medicine, people whispered about spirituality and religion. Now, Pargament believes, “I can talk in full voice, which is a real gift.”

Today, the power of spirituality to improve lives is more recognized than ever. However, mountain ranges of ignorance, prejudice, and misconception still remain.