Superagers – Living Well to 100 and Beyond 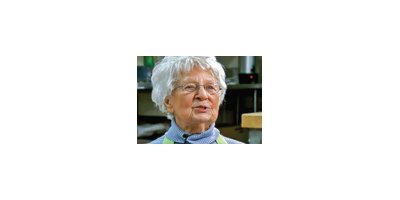 Agnes Zhelesnik at 100 is believed to be the oldest working teacher in America, photo courtesy CBS

Did you catch the recent coverage about the 100-year-old teacher? Agnes Zhelesnik was recently featured on several news outlets including CBS’s Sunday Morning program.

The kids call her Granny.

According to the report on Sunday Morning, Agnes puts in a full day of teaching five days a week.

Agnes was a homemaker for most of her life (her husband didn’t approve of her working, she said), but after watching the children, then the grandchildren, and then playing a lot of bridge, she said that got old and she still felt young. So she started working at age 81, reports CBS. She’s so devoted to her job that she has not called in sick since age 98.

“All the children love her,” said one of her students.

“The children make my day,” Agnes told Peggy McGlone in an interview for The Star-Ledger. “It’s a great life watching them grow up.”

In the same article, Agnes, who credits her good health to eating well and getting sleep, said she hopes to keep working for years to come. “As long as I feel well enough I will be here. The children would miss me…”

Superagers like Agnes—seniors able to maintain a healthy and active lifestyle to age 100 and beyond—are becoming a very well-studied group and their numbers are growing. Based on census data, approximately 60,000 people in the U.S. are over the age of 100. Centenarians are the fastest growing segment of our population and the numbers will quadruple in the next 40 years!

Surprisingly, Google, the Internet search giant, is getting into the longevity business. On September 18, 2013, Google’s co-founder, Larry Page, wrote “I’m excited to announce Calico, a new company that will focus on health and well-being, in particular the challenge of aging and associated diseases.

“Illness and aging affect all our families. With some longer term, moonshot thinking around healthcare and biotechnology, I believe we can improve millions of lives.”

And it seems that each month we hear another tantalizing new study promising the fountain of youth. National Geographic’s May 2013 cover shows an adorable tyke with a headline that boldly states, This Baby Will Live to be 120. The article discusses longevity studies based on genetic technologies, molecular research, and data on long-lived populations around the world. One interesting fact from the article: the genetic component of longevity seems stronger in men and yet more women are likely to live to 100. The conclusion is that women take better advantage of external factors such as diet, medical care, and other lifestyle choices than do most men.

Dr. Nir Barzilai, director of the Institute for Aging Research at Albert Einstein College of Medicine, is quoted in the article. He is optimistic about new understandings of human aging. Many researchers are now searching for genes that protect against diseases associated with aging rather than searching for the genes that cause the diseases. This new approach is the key, says Dr. Barzilai.