Thoughts that harm your body need to be arrested 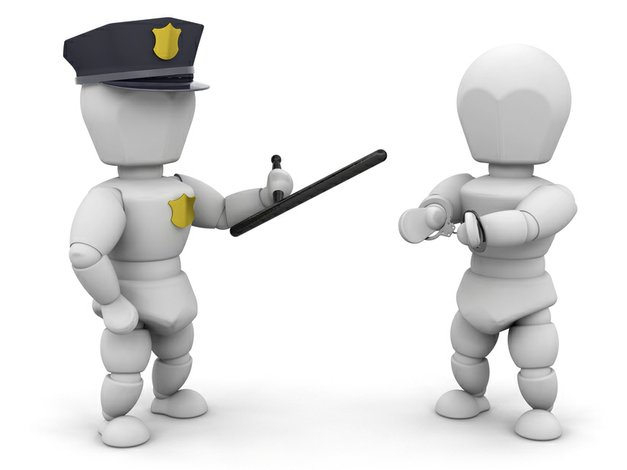 Thoughts that harm your body need to be arrested ©Glow Images

The capture was made while I was, of all things, playing a board game at a friend’s house.

I was ten years old, and my friend was taking too long to make his next chess move. As I stared out the window, I saw my twin brother and another friend running between two houses towards the street.

The second they reached asphalt, police cars surrounded them. Both of them looked frightened as officers jumped out of their vehicles. My brother and his friend were handcuffed, placed in the cars, and driven away.

Stunned, I ran home, flung open the door, and yelled, “Kevin’s been arrested!”

Later, I learned that vandals had caused damage to a vacant house. Kevin and several other boys, foolishly, wandered into the house through a broken sliding glass door to examine the mess. Seeing activity at the house, a neighbor called the police, believing that the offenders were back.

The neighbor’s call was perfectly understandable. He wanted the vandalism stopped. However, because of the call, my brother was mistakenly identified, temporarily, as a juvenile delinquent.

How does my brother’s experience relate to your health?

Have you ever been rightly or wrongly blamed and then felt miserable? Wasn’t the pain you experienced the result of your disturbed thought?

If you’re having trouble recognizing that your thoughts and physical health are correlated, consider a take away from a report by Dr. Betty Burrows.

Burrows states, “Medical research suggests that up to 90 percent of all illness and disease is stress-related, according to the Centers for Disease Control and Prevention.”

Since your mental condition can control your physical condition, it’s important to learn how to arrest harmful thoughts.

There are coping methods for managing stress and other harmful mental states that utilize the human mind’s reasoning powers. But when considering physical health, is it wise to employ the same human mind to heal which essentially caused the problem in the first place?

Perhaps, it would be advisable to bring aid to the human mind by allowing it to be influenced by the divine.

Most likely, we’ve all, at times, been falsely accused or identified ourselves in harmful ways – afraid, not good enough, unloved, a victim. Possibly, a first step in stopping harmful thoughts could be to discover what it means to be a spiritual being who is deeply worthy and appreciated.

Taking her cues from the Bible, especially the healing work of Jesus, author and Christian healer, Mary Baker Eddy, wrote, “[Your] only course is to take antagonistic grounds against all that is opposed to the health, holiness, and harmony of man, God’s image.”

Without spiritual reasoning, life often appears stressful and cruel. But, many around the world are practicing the type of prayerful spiritual logic that allows them to gauge life in a more positive way. This helps them to experience greater peace, improved self-esteem, and consistent physical health.

“Stand porter at the door of thought,” Eddy encourages the readers of her book, Science and Health with Key to the Scriptures. “Admitting only such conclusions as you wish realized in bodily results, you will control yourself harmoniously. When the condition is present which you say induces disease, whether it be air, exercise, heredity, contagion, or accident, then perform your office as porter and shut out these unhealthy thoughts and fears.”

If you are falsely accused, instead of acquiescing at being captured and driven away, you can begin to take control. You can arrest wrong thoughts, the offenders, before they have a chance to manifest themselves.

Go ahead, arrest thoughts harming your body. Your ability to control thought may help you manage your health.