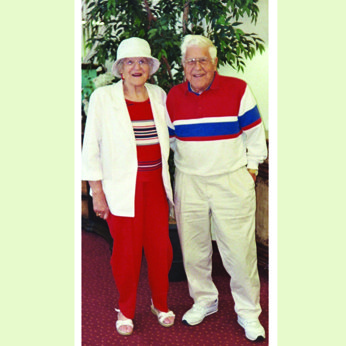 In our youth culture with young airbrushed TV beauties on magazine covers you wouldn’t expect older women to be able to compete in the dating department. When I go on the comedy stage I joke about older woman having difficulty finding a man since men my age are either dead or looking for younger women. So should a mature woman just prepare to live alone when a husband dies or a divorce leaves her lonely? Not exactly.

During the early depression years, it was the practice of anyone unemployed to read the obituaries and head out for the job once held by the deceased. I am sure that when loneliness sets into the life of an older woman she might be tempted to graze the obituaries to find a man who had lost a mate.

Even before my late husband died I was aware of the disparity in numbers of men in my age bracket. I worried that if we ever had to move into a care center that women would buzz around my husband like a bee seeking nectar. My vision of his sitting in the cafeteria or the lounge at a retirement residence and women fluttering all about him was not a situation for me to venture into willingly. But the alternative was having younger women providing intimate care and entertaining him in our own home. There was no perfect solution.

Baby Boomers are now grandparents. Aging women who are divorced or widowed may be caught between the desire to find a partner and their relationships with children and grandchildren. In many cultures the grandparents are expected to serve their families, take care of young children and help in keeping up the extended family home. If they are widowed, some wear black for the rest of their lives and fade into the background of life. I remember going to Spain and venturing into areas where tourists rarely visit. I wore my usual flamboyant travel garb, ready to experience a new adventure. While visiting a viewpoint in rural Spain there was a group of older Spanish women standing nearby, dressed in traditional black. They looked at me and talked excitedly. Someone in my tour group translated: It seems they loved my colorful outfit and my vitality. I did not fit the mold of the small town Spanish woman of advanced age.

So what can I offer as advice to an older woman who has managed to find a compatible partner and wants to keep a dating relationship vibrant? Well, it isn’t what it was like dating in one’s twenties. A lot of water has gone under the bridge as they say. Older dating partners live with memories of past loves, involvement with extended family members and friends and with established habits that may seem strange to a newcomer in the relationship.

Believe it or not when I eventually started dating after my husband died I used my counseling training to analyze our compatibility. I drew a chart and put on one side the ways we were compatible and on the other side the ways we were different. I knew that a sense of humor was important and that other patterns would need to mesh. But I also knew that there would need to be a give and take where differences were evident. When my list of our compatibilities became much longer than the list of incompatibilities I said, “He’s a keeper.” So he plays bridge without me and I go on the poetry stage without him but we share a good laugh and investigate places that were not possible to visit when we were each caring for our bedridden spouses in years past. Also, we live with memories of our many years of marriage. A fact of life is admitting that we may wind down physically in the years to come but our motto is: Enjoy life one day at a time. Not a bad motto for any age.

Georgie Bright Kunkel will celebrate her 93rd birthday at a big family reunion in August. She is a storyteller for Seattle Public Schools and reads at poetry night at C and P Coffee House in West Seattle. Her stand-up comedy routine can be seen at the Comedy Underground in Seattle’s Pioneer Square on Monday, February 18th. Georgie can be reached at gnkunkel@comcast.net or 206-935-8663