The need to “ease your pain” takes on new urgency 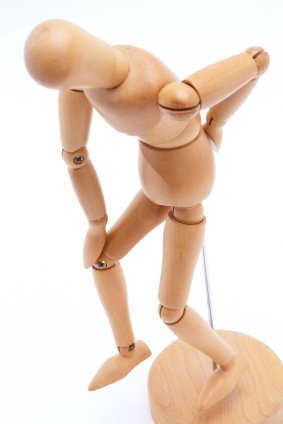 We aren't getting any younger. That appears to be the reason NBC News anchor Brian Williams, a 35 year sufferer of knee pain, decided it was time to replace it. He had surgery last week.

"I reached a point recently in the last 12 months where I decided this has to happen and to be mathematical about it, I've lived now most of my days, so worst-case scenario, if this doesn't go perfectly well, which it will, it can't hurt more than it hurts now," according to Williams.

His public revelation brings to light the growing numbers of those incapacitated by chronic pain, a struggle that occurs across all ages and genders, but especially among older generations.

1.5 billion people worldwide suffer from chronic pain. That includes 100 million Americans. Researchers also report that anywhere from 3 to 4.5% of the global population suffers from nerve pain, "with incidence rate increasing in complementary to age." Is relief within sight? Opinions vary, but new treatments are on the horizon.

The same day Williams was preparing for his procedure, a new survey was released showing a majority of Americans are not keen on the idea of living beyond what is considered the current "normal" life expectancy. Nor are they fond of the treatments needed to get there. The survey was conducted by the Pew Research Center's Religion and Public Life Project. "Asked whether they, personally, would choose to undergo medical treatments to slow the aging process and live to be 120 or more, a majority of U.S. adults (56%) say 'no,'" according to the study.

Various reasons were cited for the negative response to radical life extension, including the unintended consequences of longer lives, the availability of any procedure to all people, and the concern that these "treatments would be fundamentally unnatural."

One interesting statistic: 41 % of the respondents said medical treatments these days "often create as many problems as they solve." That opinion is borne out in figures provided by the Centers for Disease Control assessing painkiller overdose deaths. It is no secret that medical professionals rely heavily on pharmaceuticals to combat suffering. But that comes with unintentional consequences as shown in CDC figures:

Finding solutions to pain is taking on fresh dimensions with less focus on drugs. Dr. Benjamin Kligler, an integrative medicine specialist, spoke recently about the growing number of non-pharmacologic treatment options for pain. These fall under the category of mind/body/spirit. His talk kicked off the opening of the University of Cincinnati Health Integrative Medicine Clinic, part of the Center for Integrative Health and Wellness at UC.

Many pain sufferers are turning to a mind/body/spirit approach to find relief for all types of problems, including back, neck and joint pain. Therapies at the Center for Integrative Health and Wellness include mindfulness and spirituality, health and wellness coaching, yoga therapy, massage therapy, stress reduction techniques and acupuncture.