Boomers are asking: What’s Next? 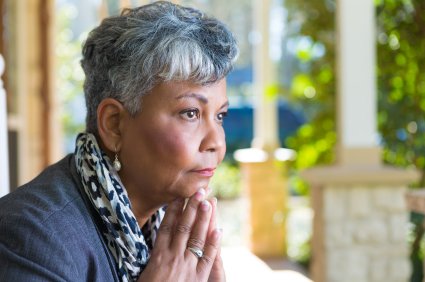 Answers to life's deep questions may be closer than we think ©istockphotos, model for illustrative purposes only

Picture 79-million people, from Manhattan to Monterey, all with the same basic question on their mind— what’s coming? They’re the baby boomers, and according to Penguin Books Editor and Vice President Mitch Horowitz, this is a red-hot question for them.

I was in New York visiting Horowitz last year and noticed on his desk a copy of Dr. Eben Alexander’s best-seller ‘Proof of Heaven.’ I asked him what he thought of the book and although he hadn’t read it yet he said the subject matter's soaring popularity wasn’t at all surprising to him. “Why,” I asked? “Boomers,” he said. “They all want to know what the afterlife is like.”

Being a boomer myself I see his point. As the years go by who isn't at least a little curious? But maybe we boomers don't have to figure all this out on our own.

Earlier this summer my grandchildren may have stumbled onto something that at least hints at a useful lesson, in of all places Disneyland. My 9-year old grandson will tell you that the Splash Mountain ride, with its water-soaking high-speed drop at the end, was sheer heaven. He'd be happy to live on the darn thing. My 5-year old granddaughter on the other hand thought the drop was...well, that other place. She did not want to go back. Not ever. Heaven, for her, was on the much drier, far slower Ferris wheel. As for me, it was heavenly to be on the sidelines watching both of them have the time of their lives wherever we happened to be.

It's tempting to dismiss all that as simply a day of fun at the amusement park. Heaven, after all, is a faraway place and not all fun and games, right? No mouse ears in sight.

That depends on the conclusion you reach when you hear heaven described by those who speak about it with some degree of insight or authority. Alexander describes its light, joy, beauty, absence of fear—love. Jesus compared it to a small but mighty grain of mustard seed and as a pearl of great price. He also said it was "at hand." No Google Maps needed to get there.

Where these descriptions take on greater significance is in seeing the impact these momentary experiences have on people’s lives.

A flash of "heaven" has not only been a life-changing and health-producing private experience, it’s also propelled ordinary people into the public arena in a big way. They can’t help wanting to share their profound experience and lessons with the whole world.

Best-sellers have been written, lecture circuits packed, and worldwide movements launched following a blink-of-an-eye encounter with this indescribable light and love. Summing up her own life-changing epiphany, religious leader and publisher Mary Baker Eddy commented: “That short experience included a glimpse of the great fact that I have since tried to make plain to others, namely, Life in and of Spirit; this Life being the sole reality of existence.”

In our wide-eyed amazement at these accounts what can get overlooked is that these heavenly glimpses occurred here, in this world. Instead of wondering what's coming in the afterlife, boomers should be asking: What's here, now?

Indeed, that may be what they are asking as some experts suggest. Wade Clark Roof, professor of "Religion and Society" at UC Santa Barbara, surveyed the experiences of boomers in his book 'A Generation of Seekers,' and he sees an ache for enlightenment. That parallels what NBC News found among that generation of seekers, reporting: "What was a mid-life crisis for previous generations has turned into a mid-life quest by boomers."

Will these quests for a more spiritual life answer their questions about an afterlife? That and more, according to Channing Walker, a writer on spiritual matters and a boomer himself. As people turn to the Divine, Walker says, "answers for the future take form today." He's also aware of the well-documented health benefits of spirituality.

Leave it to the activist boomers to shun a wait-and-see attitude about what the future holds, and to commit themselves to something they see as important right now—pursuing a spiritual path lined with meaning, health, and happiness.

Perhaps in the quieter, reflective moments of that journey to understanding, they'll realize they've discovered—re-discovered—something else. Heaven's been here all along.