Touring America's UFO hotspots: An out of this world road trip 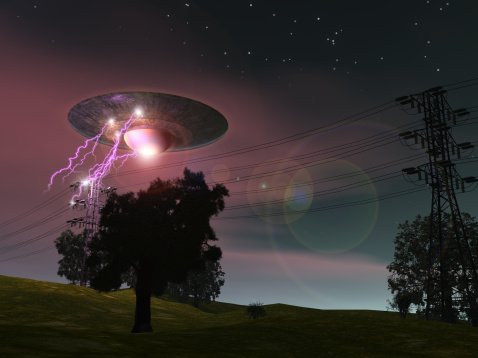 Among the list of different vacation ideas, touring America's UFO hotspots can provide an out of this world road trip for some space fans. You can visit well-known sites like Roswell, New Mexico, made famous for a 1947 UFO crash that allegedly resulted in the taking of aliens and their ship by the U.S. Government. Or, you can travel around the country to visit other spots that are famous by reputation for alien visitations or abductions. Road trip attractions in many areas are filled with alien-themed souvenirs and maps. America coast-to-coast has interesting places to visit that are UFO-related.

In the East, abductions of Betty and Barney Hill were reported to have taken place in 1961, south of Lancaster, New Hampshire. If you visit the University of New Hampshire, you will discover a permanent collection of Betty's notes and the state has erected a historical marker near the site of this alleged abduction.

Maysville, KY is the site of a UFO incident in 1948, when Captain Thomas F. Mantell died following the crash of his aircraft as he was following a UFO.

Kecksburg, Pennsylvania has a claim to fame as the resting spot of a UFO crash when a bell-shaped object crashed in the area in 1965. This unknown fireball had been tracked across the country from Detroit/Windsor and other locations until the object did hit ground.

Another unproven abduction occurred near Snowflake, AZ, when a worker named Travis Walton disappeared for a week's time in the Apache-Sitgreaves National Forest in 1975.

Roswell, New Mexico is home to the International UFO Museum and Research Center. It is open 7 days a week and offers discounts for military and seniors.

Seattle, WA is host to the Seattle Museum of the Mysteries, also devoted to UFO and Paranormal activity, including the Maury Island UFO incident that occurred here in 1947.