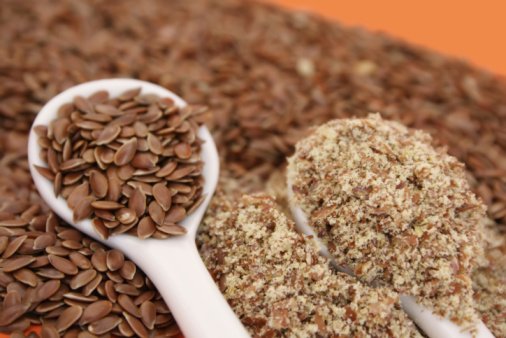 Many women have probably read about the claims and potential health benefits of flaxseed, especially as far as menopause symptoms are concerned. But as far as science is concerned, there's no direct proof that these miracle-like hot flash remedies are legitimate. Some researchers will even go so far to say, "Beware the sales pitches."

"Snake oil" is a common term used to describe unreasonable and unproven claims of high benefits from certain substances. In this case, the scientists take issue with the claims attributed to flaxseed for aiding symptoms of menopause.

Mayo Clinic researchers announced in 2011 they discovered virtually no difference in results from testing the use of flaxseed with control groups of women who consumed an edible placebo bar compared to those women who ate a ground flaxseed bar as hot flash remedies. The testing showed no significant reduction in hot flashes in either group.

Flax is most likely the first domestic plant used by humans in history, according to evidence dating back to 30,000 B.C. It has been used for dying linen and other materials. The seed of this plant contains Omega-3 fatty oil, also called linseed. This oil is used widely for commercial lubrication, and the seeds are used as a food product. There are some flaxseed health benefits for other ailments.

Flaxseed is a good high-fiber food product that has shown to be useful for lowering cholesterol and estrogen levels in the human body, as well as being somewhat effective for fighting cancer. It is an antioxidant containing both soluble and insoluble fiber that aids the digestive process by providing bulk and bonding to (and removing) cholesterol. It may, however, interact with other drugs used for diabetes and heart anticoagulants. It has a short shelf life and needs to remain cold or frozen for best results; flaxseed may be used whole or ground in small quantities.

As always, users should always contact their own physician prior to taking any substance for medicinal purposes.