What You Should Know about GERD 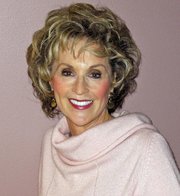 Perhaps you have heard of “silent” diseases, so-called because they don’t have easily recognizable, clear-cut symptoms and can therefore cause damage to the body without revealing their existence. High blood pressure is a silent disease, so is osteoporosis, early-stage hepatitis C, and so are a number of sexually-transmitted diseases.

And then there’s GERD, gastroesophageal reflux disease. That’s the condition in which there’s a backwash of acid and/or stomach contents into the esophagus occurring often enough to do harm.

The esophagus is the tube through which the food we eat passes from mouth to stomach. Then, what we eat is churned up and broken down by the actions of the stomach’s muscles aided by acids and enzymes. At the junction of the esophagus and the stomach, there’s a valve that allows food to pass into the stomach but optimally doesn’t allow it to go back up. And good thing, as the cells of the esophagus are not as resistant as are those of the stomach and they can be severely damaged by the reflux of acidic stomach contents.

(As an aside, the fragility of the cells in the esophagus is one reason to not induce vomiting after ingesting certain caustic poisons; they can cause more damage coming back up than they can by staying in the stomach until they can be medically managed.)

However, if this valve (called the LES or lower esophageal sphincter) weakens or fails, the stomach contents can indeed leak back into the esophagus, and over time, this can lead to the wearing away of the walls of the esophagus (erosions), the narrowing of it (strictures), even cellular changes called Barrett’s esophagus which has been linked to an increased risk of cancer.

Heartburn, that uncomfortable burning sensation behind the breastbone occurring most often after a big meal or when lying down, is the most common symptom of GERD. However, even if you have never felt heartburn, it doesn’t mean you don’t have GERD as it, too, can be silent or have symptoms we might attribute to other causes.

Rather than heartburn, what you may experience if you have GERD might be frequent:

Chronic reflux of stomach contents and the damage it can cause can be managed with lifestyle changes and medications. Rarely is surgery required and only if the damage is severe. But first, before any treatment can begin, there needs to be recognition of GERD’s often vague and seemingly unrelated symptoms and an appreciation that if we suspect for even a moment that we may have (silent) GERD, we must bring it to our doctor’s attention.

Gloria May is a registered nurse with a master’s degree in adult health education. She also holds a Certified Health Education Specialist designation.