Retiring to the sun: Top sunny states to move to after retirement 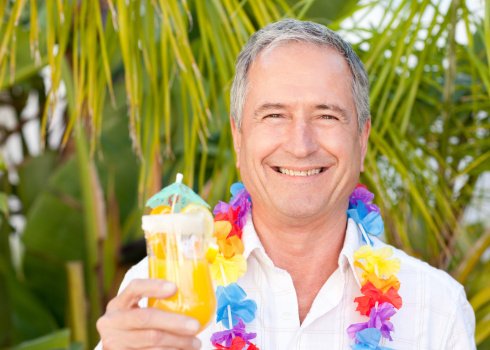 Retiring to the sun is a priority for many older persons. Golden sunshine is in ample abundance in several states including:

From the above list, the city that statistically offers the highest amount of sunshine is Yuma, Ariz. Not only does Yuma have 90% sunshine annually, it also is the least humid city and has less rain than other locations. Close after that for sunny days is Redding, Calif. (88%), Las Vegas, Nev. (85%), Phoenix and Tucson, Ariz. (both at 85%). El Paso, Texas and Fresno, Calif. are also highly ranked for their ratio of sunny days, according to US News.*

While sunny skies can do wonders for the soul and be a joy to those who enjoy outdoor living and sports, other factors like tax rates, crime, recreation, transportation and healthcare should also be included in the retirement living decision-making process. A high cost of living can take the happiness that sunshine brings right out of the day if a retiree is on a relatively low fixed income. For example, Hawaii is a top vacation and retirement destination, with plenty of sunshine, but it also has a very high cost of living.

Most sunny locations are found in the southern portion of the country. Medical science has proven the benefits that sunshine brings to physical and mental health. Retirees may no longer wish to struggle against or shovel winter snowfall in northern locations of the U.S. Hip and knee joint replacements may be a concern to some who fear falling on icy sidewalks in winter. Heading south or to the dry climates found in southwestern states has long been the choice of many retirees.

Living accommodations in sunny locations may be pricey in some areas. In Florida, for example, while state taxes are non-existent, property taxes are very high. Retirees in Florida may prefer to live in less expensive mobile home communities. The states that do have high numbers of older residents are welcoming them and offer many amenities in areas of importance, such as transportation and recreation.

Income tax is always an important concern for retirees. The sun is less brilliant if your pension, property, social security check and consumables are highly taxed. States that are most attractive to retirees will have abundant sunshine and low tax rates, great amenities, a healthy economy, few natural disasters and excellent healthcare facilities.

Perhaps the best way to decide where to retire is to look at several comfortable retirement destinations and then rank them according to important factors like state tax rates, income tax rates, cost of living, healthcare availability, transportation, crime statistics and nearness to family and friends. Select several sunny retirement communities and then take a pre-retirement vacation to visit these locations. Decide then which will be your favorite sunny state to move to after retirement.