Identifying the most frequently misdiagnosed illnesses among seniors 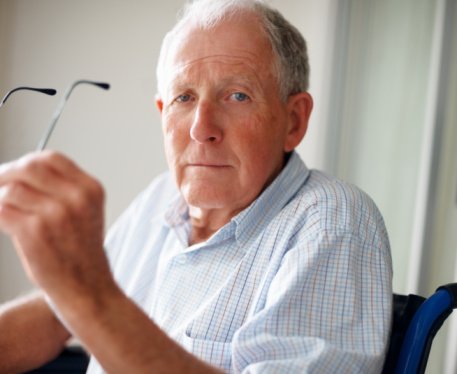 Yesterday, while sitting in my study recliner, I looked up to see our cat poised to leap up to the sink counter in our master bathroom. To get his attention quickly and to prevent his little paws from walking where I sometimes lay my toothbrush, I let out with a low growl. He instantly turned his head in my direction.

My 80-pound Labrador likes to rest at the foot of the recliner. That little 12-pound cat darted out of the bathroom, slapped the Lab across the nose, and then scurried back into to bathroom and under the throw rug. Now I don't know if he was picking on the only one that lets him get away with it, of if he merely misdiagnosed the object of his aggravation. But of one thing I am absolutely certain: Someone made a mistake or misunderstood and my 80-pound Lab got caught in the middle.

Medical errors likewise create such mental and emotional ramifications. Panic, frustration and anguish touches the mind--and can lead to irrational and reactive behavior. Such is the confusion that follows misdiagnosed elderly illnesses.

Misdiagnosis can also contribute to a significant increase in your personal healthcare expenditure and augmented physical harm. Though it's not possible to fully prevent errors from happening, education can become a critical assessment support tool during the early stages of the diagnostic workflow, which can help ensure a more efficient healthcare system.

Doctors are not infallible when dealing with diseases in the elderly populace. Educate yourself concerning common errors. It will help reduce the frustration of solutions that address the wrong complication.

Here are 5 commonly misdiagnosed diseases that should concern senior patients:

1) Aortic Dissection: At times, a patient can feel the tearing as it rips through his or her chest, but at other times it seems just another skirmish with heartburn. Be quick to discuss such pains with your physician.

2) Cancer: Even the random observations of a layperson reveal the tendency of doctors to overreact to this threat. It rules heads-above as the most misdiagnosed of elderly illnesses. Make certain that your doctor sticks to defined cancer screening techniques.

4) Heart Attack: This doesn't always come as the "big one" that knocks you to the ground. Make sure your doctor has all the facts. Nausea, a slight tightness in the chest, and a vague sense of discomfort can also be triggered by a heart attack.

5) Infection: Infection follows directly behind cancer as the most misdiagnosed of elderly illnesses.

It's easy to forget how often doctors miss the mark when dealing with diseases in the elderly section of society. In no short time one thought packs atop the previous thought and suddenly your personal insecurities build up into a sense of incredible agitation. Someone makes a mistake in his or her understanding of elderly illnesses, and you got caught in the middle.

Education is the best way to avoid errors. Ask questions. Seek additional tests. Make no assumptions. Provide your doctor with an abundance of information concerning your health problems.