Bucket list destinations: The 411 on the Running of the Bulls in Spain 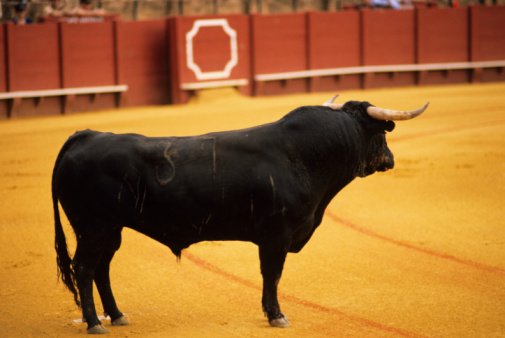 If you're looking for a really crazy way to spend your next vacation, one of the bucket list great travel locations is Navarra, in Spain, where they celebrate the San Fermin with a good old fashioned bull running.

The bull running is just what it sounds like: They set a bunch of bulls loose in an alleyway and you run from them. This tradition began as a way to get the bulls from outside of the city into the middle of the arena where the bull fight would take place. The run usually only lasts a few minutes with crowds of people running through the streets.

We can't lie and say it's not dangerous, but it's not nearly as dangerous as you would think. In fact, in the decades long tradition, there has only been a single casualty on record and that death was largely attributed to the runner's error. Safety is a primary concern in the run and nobody who runs is allowed to drink beforehand. There's also an age limit and a lot of safety precautions in place.

Is This for You?

Just about anybody is allowed to run, but you'll want to learn some basic tactics and techniques if this is your first run, so talk with some more experienced runners. Furthermore, you really do need to be in a good physical condition in order to make the run.

If you're not sure you can outrun an angry bull, well, that's what the spectator's seats are for. Anyone who can't make the run is free to observe with a cold beer in one hand and a cigar in the other, enjoying the show of physical prowess on display along the track.