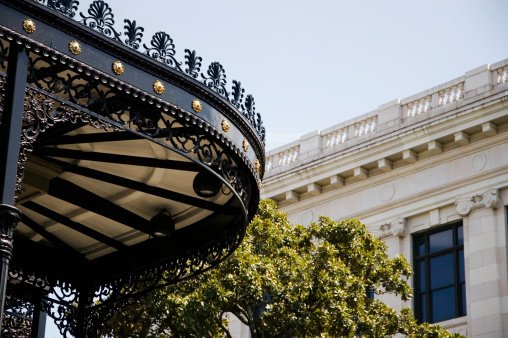 Some of the scariest haunted houses and hotels in the nation are located in New Orleans. Thrill seekers as well as those interested in paranormal activity often visit these hotels with the hopes of experiencing unexplained phenomena. These are reputedly some of the most haunted hotels in the city.

Part of this hotel was once a Confederate hospital. Guests as well as staff have reported seeing Civil War soldiers and doctors come and go, and some have even seen pools of blood on floors or bedding come and go.

Tragedy struck this building in 1794. It was a boy's boarding school at the time, and when fire broke out it claimed the lives of five boys. Since becoming a hotel, guests have reported hearing the sound of children when there were none present!

The Ashley House, which is attached to this resort, was once a detention center for Civil War prisoners. Guests have reported seeing a ghostly woman roaming the parlor, and phantom footsteps have been heard coming from empty rooms. Doors that open and close on the own and unexplained electrical events have also been reported.

According to legend, former owners of this stately hotel found it so beautiful, they refused to leave -- even after their deaths! An ethereal 'woman in white' has been seem roaming the garden and ballroom, and a ghostly little girl has been spotted on the third floor.

In a city that is shrouded in mystery, there is no dearth of haunted hotels. Plan your next vacation around New Orleans haunted hotels and perhaps something unexplained will occur!