Bad habits die hard: Support you need to kick them 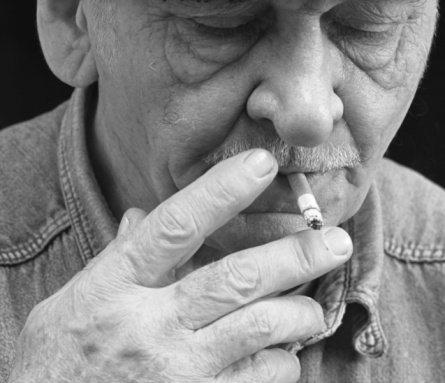 With the new year steadily approaching, now is a great time for breaking bad habits and starting fresh. Unfortunately, some of the more common bad habits are usually the worst for you, and also the most difficult to break. Habits like smoking, drinking, and overeating are all guilty pleasures that many people find nearly impossible to moderate, so, as a result, they become bad habits. The good news is that there are many resources you can turn to for support when breaking these bad habits and others, but the best defense you can have against your bad habits is a strong willpower. You can effectively build your willpower and gain a strong sense of support by adopting the following concepts.

Discover the root of the habit

People don't usually develop bad habits just completely out of the blue. It's important to realize that your bad habits most likely stem from a deeper emotion, whether it's coping with stress, ameliorating anxiety, attempting to cure depression, or otherwise confronting unpleasant situations in life. If the root of your habit is not clearly evident, you can benefit from discussing your problem with friends and family or possibly seeing a therapist to help obtain insight and guidance in breaking bad habits. When you're willing to look inside yourself and discover the root of your bad habits, you can be better equipped to make healthier coping decisions.

Replace the positive with the negative

It can be difficult to completely get rid of a bad habit without some kind of substitute in place. Recognizing this can help you avoid winding up replacing a bad habit like overeating with an even worse one like smoking in an attempt to curb cravings. Once you've discovered the root of your bad habit, you can know when to act with a positive substitute when these feelings occur. For example, if you're used to lighting up a cigarette when you get upset, try taking out your frustration at a kickboxing class instead. Exercise not only improves your health overall, but is also one of the best ways to relieve stress and create a healthier mindset that will help you fight your habits.

Be willing to address the habit and commit to quitting

Just like the mantra of Alcoholic's Anonymous, the first step to confronting your problem is admitting that you have one. After admitting the problem, you should be willing to take whatever steps are necessary to confront it. Avoid putting yourself down for the problem, and instead congratulate yourself for taking the initiative to do something about it. Tell friends and family that you would like to break your bad habit and would like their help in your endeavor. Join support groups if possible and avoid environments that may tempt you into going astray from your commitment.

As the old saying goes, "Rome wasn't build in a day." You shouldn't expect your bad habits to just disappear after a few days of commitment. Quitting cold turkey usually isn't the healthiest approach anyway. Take small steps when confronting your bad habit. If you have a bad habit of swearing, for example, you could start by committing not to swear around children, and then in public venues, and then with colleagues, and eventually swear words will disappear from your vocabulary. Starting with small goals like the ones mentioned seem a lot more manageable than breaking the bad habit completely, which is why they help you build the confidence you need to take bigger steps.