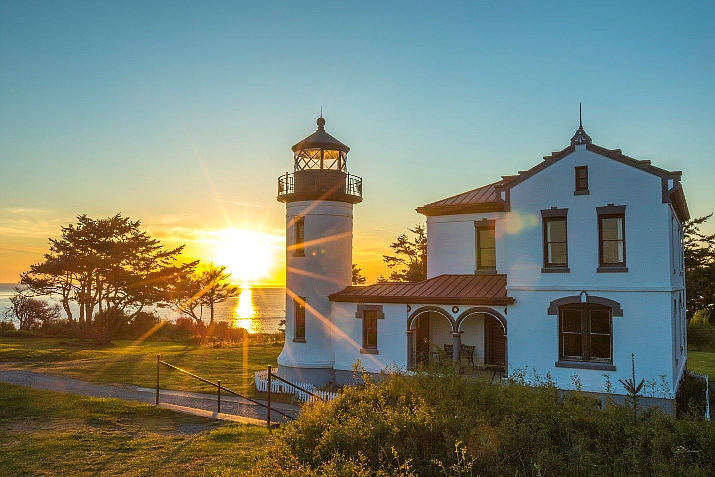 If you follow the Washington State Parks blog (adventureawaits.com), you would have received their invitation to picnic at one of the lighthouses found on state park lands: “Why not pack a picnic and take an impromptu trip to a lighthouse at one of eight Washington state parks? Washington enjoys a wild coastline and a rich maritime heritage. The state is home to 21 lighthouses, nearly half of them in and around state parks. So, pick your park or parks, plan a trip and find the lighthouses of your dreams.”

While some lighthouses offer tours during the summer, a visit to these scenic destinations is worthwhile any time of the year. Admiralty Head Lighthouse at Fort Casey Historical State Park

The Italianate Revival architecture of the the Admiralty Head Lighthouse (photo above) makes it one of the most photogenic lighthouses in the state. The area, now now Fort Casey Historical State Park, boasted the first lighthouse in Washington, with the original building completed in 1861. The current lighthouse was built in 1903. The spectacular views and scenic structure make for a popular wedding spot. 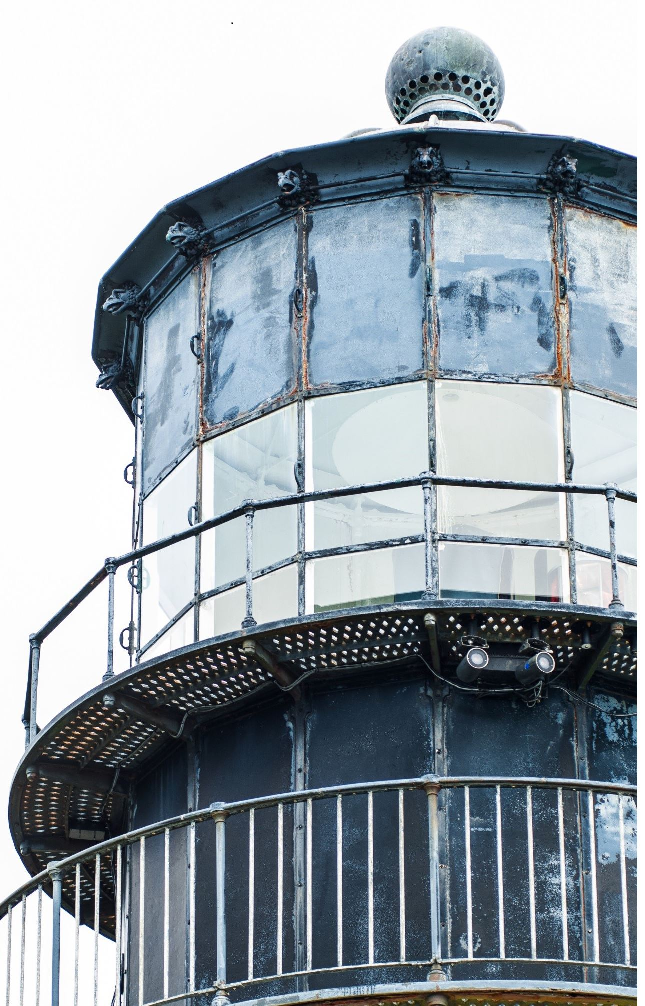 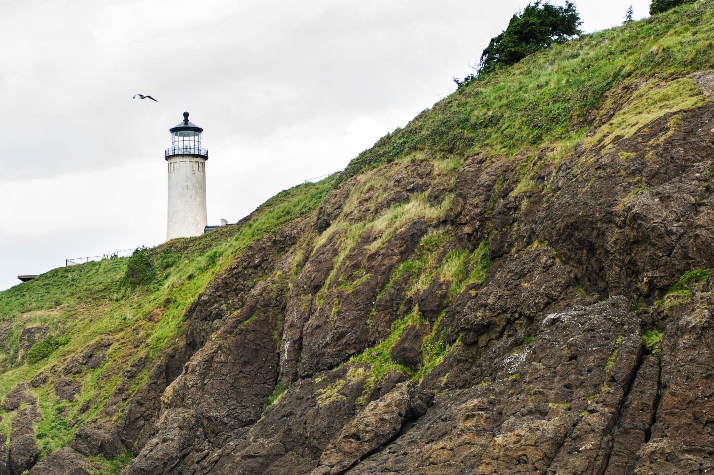 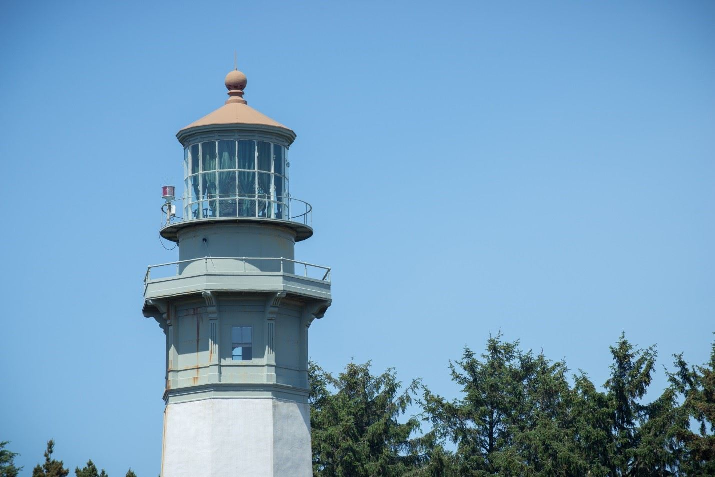 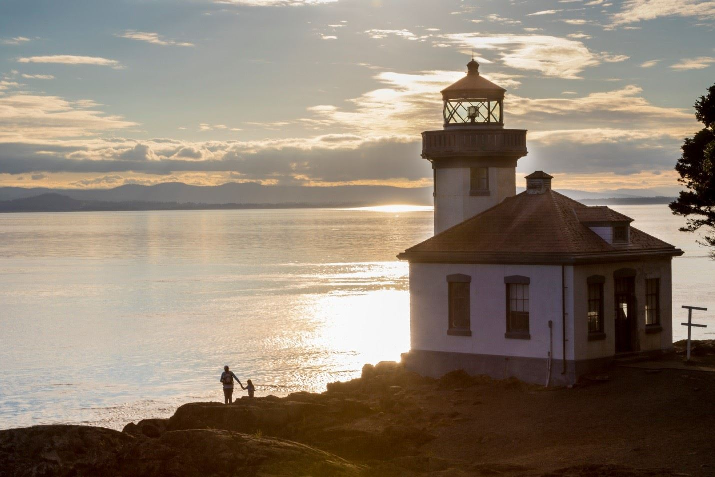 Located next to Fort Flagler Historical State Park, visitors to the area won’t see a typical lighthouse, but will spot a huddle of red-roofed buildings. Walk the beach to spot the original Marrowstone Point lighthouse, now an empty shell, or the newer (1962) squat building that serves as the current lighthouse. 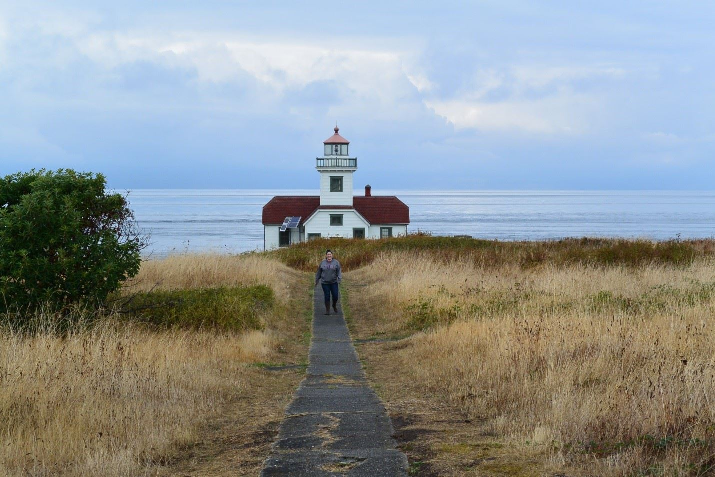 The Patos Island Lighthouse in the San Juan Island chain is the northernmost lighthouse in Washington, accessible only by boat and then foot. Photo courtesy Washington State Parks
You’ll need your own boat or kayak to reach Patos Island,, which rests within the San Juan Island chain, and is home to Washington state’s northernmost lighthouse. Patos Island Lighthouse is set across a forested trail, between meadow grasses and seashore rocks. “The area makes a pleasant picnic and exploration spot,” states the blog. “Send the [grand]kids to find the international boundary marker, as the lighthouse is only a few miles from Canadian waters.” 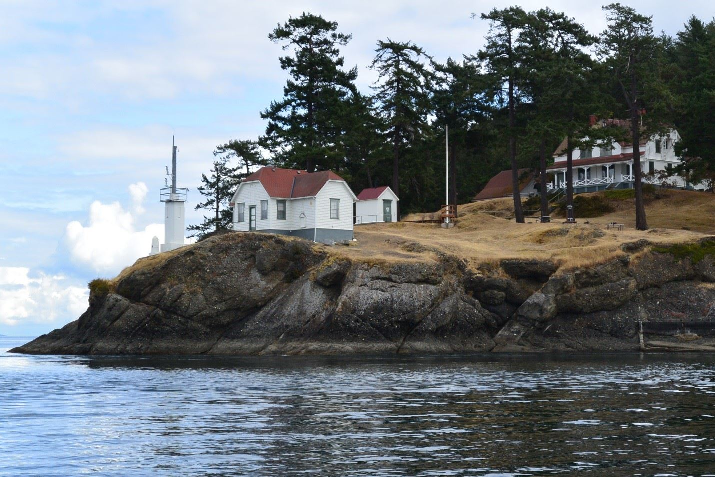 www.AdventureAwaits.com offers a place for you to share a special memory from a Washington Coast or San Juan Island state park – follow this link: Share your story. 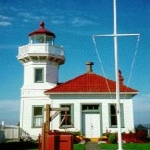