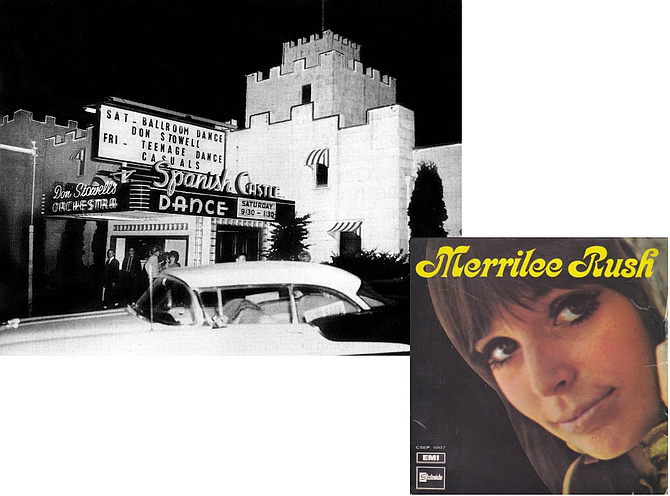 Pat O’Day promoted teen dances and concerts featuring Northwest bands including Merrilee Rush and the Turnabouts, The Fabulous Wailers, the Ventures, the Sonics, as well as traveling stars like Ricky Nelson. The Spanish Castle, halfway between Seattle and Tacoma, was the preeminent teen dance venue of the region