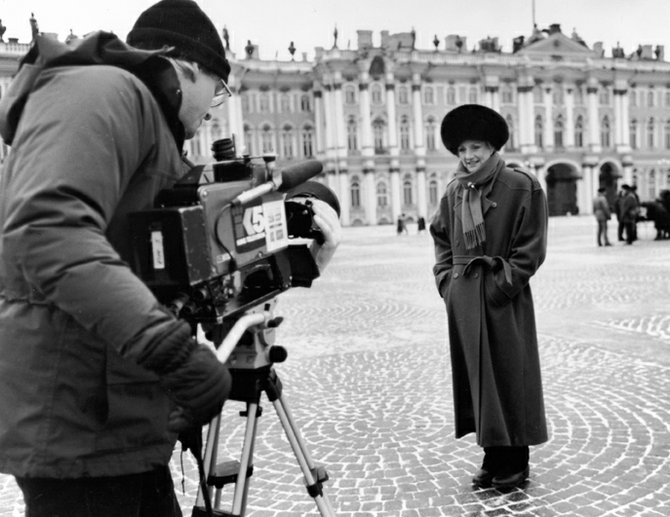 In 1988, Enersen was invited to appear live on Soviet television to offer commentary on Soviet society - the first American journalist ever to do so. In 1987, she hosted "Face to Face: US/USSR," a documentary and joint effort between KING 5 and Soviet television. Photo courtesy KING 5 Television

If you check out Jean Enersen’s page on the KING 5 News website, you’ll see that she is consistently named the most popular and respected news anchor in the Northwest.