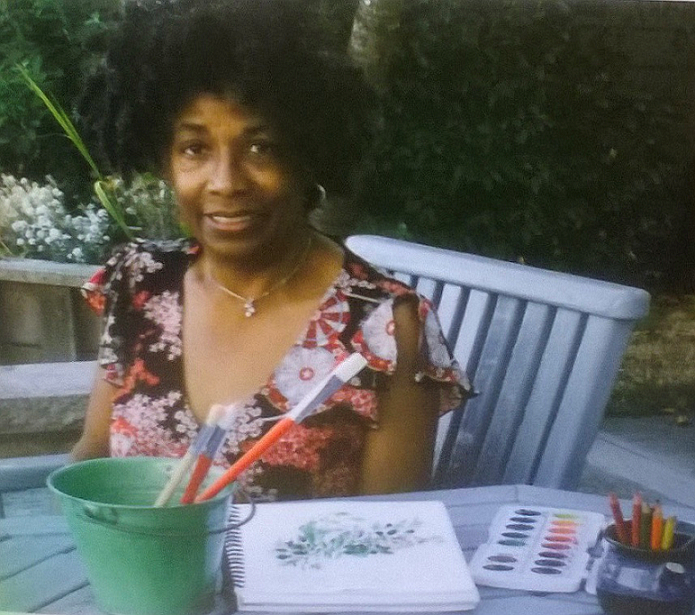 Ruby Holland organizes homeowners to fight displacement. She is a finalist for GetSetUp’s Startup Accelerator Program, which helps budding entrepreneurs over age 55

This Seattle resident and activist is among those chosen as a finalist for GetSetUp’s Startup Accelerator Program, which aims to help budding entrepreneurs over age 55

Ruby Holland is a community activist helping fight for solutions to rising costs in the Seattle housing market that is a main driver of displacement and gentrification. Ruby’s startup provides support and resources for Seattle’s up-zoned homeowners who are at risk of being displaced because of rising taxes. She fights against the laws and shows others how to do the same.

Ruby reports that Seattle homeowners in neighborhoods that are up-zoned are punished for having a single-family home. This punishment, says Ruby, is in the form of Mandatory Housing Affordability fees (MHA). "Homeowners are charged a huge MHA fee to redevelop their homes to accommodate additional family members, or simply to remodel to age in place," says Ruby. "The MHA must be paid upfront and out of pocket, and therefore discourages them from redevelopment.” If they don’t redevelop, they are still taxed for "Highest and Best Use," which often forces them to sell.

She adds, "This Catch 22 is meant to force homeowners to sell their land instead of creating density themselves or building ADUs (accessory dwelling units) on their own land." Ruby feels this situation largely punishes the elderly, black, brown, and white families living in diverse neighborhoods.

Ruby never thought of advocating for communities as a business. Then she challenged herself to learn new business skills in the Startup Accelerator Program, and the game changed. Through coaching sessions and classes, Ruby explored how to run her altruistic hobby like a business.

"When I returned to Seattle after 30 years, I intended to volunteer at the arboretum,” says Ruby. “Pollinators are one of my passions, and I wanted to plant flowers to support them. However, after attending a few community meetings, I immediately knew something was wrong. People were about to lose their homes."

Ruby learned about the new up-zoning laws pushing Seattle residents out of the neighborhoods. The laws remind Ruby of gentrification, fragmentation and redlining-ways to displace minority communities legally.

"I saw people in total fear of losing their homes. Couples who were remodeling their homes had to put them on hold. Developers knocked on doors telling people to vacate the premises of the property they've owned for decades. Some were predatory and showed up with completed Purchase And Sell Agreements in hand. We were afraid."

But the fear was not paralyzing. Instead, it spurred Ruby to action. She researched, attended city meetings, and hosted gatherings (in person, then online) where people experiencing this stress could find solace from one another. With all of the knowledge under her belt, Ruby began hosting workshops.

"I wanted people to know how to keep their homes and make it work. There are options, and many people just pack up and leave because they don't know about them. We don't have to leave just because a developer knocks on our door. We have to do what's right for our families and ourselves. I often tell people to have a cup of tea and take a deep breath. It's hard to make a good decision when constantly running around stressed."

On top of fighting the up-zoning laws, Ruby continues to host workshops, sends out e-newsletters, and supports bills that help individuals keep their homes. Ruby created her slogan in the StartUp Accelerate Program classes: "Imagine a lot." With more classes under her belt every day, Ruby is acquiring new skills to boost her business, Keep Your Habitat.

Although fear lingers in her mind, Ruby brings optimism to every conversation. She leaves people with a smile and a fire in their hearts. Ruby even advocated passing an Accessory Dwelling Units law, allowing secondary structures on residential property. She hopes that individuals can build cottages, basement apartments, garage apartments, or mother-in-law suites on their property so that family members can move in and stay close.

"Priced-out parents can now build a home on their children's lots and vice versa. It's unhealthy for families to be separated. Most older adults just want to age in place. They've been through hard times and want to stay in their paid-for homes. They don't want to start all over. I'm making sure they know that they don't have to. Fighting against the up-zoning and developer fees is possible. I will fight, and I encourage others to do the same. I want to help the people of Seattle keep their homes.”

This article is courtesy of GetSetUp.com, a digital community for older adults to learn, share and socialize