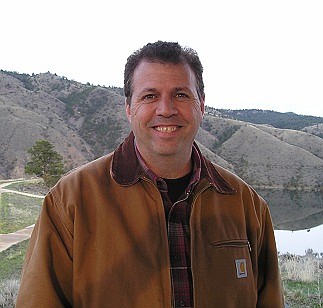 Researchers at the Cleveland Clinic now are reporting that patients who regularly use steroid nasal sprays are less likely to develop severe COVID-19-related disease, including a 20% to 25% lower risk of hospitalization, ICU admission and mortality. The study was published in The Journal of Allergy and Clinical Immunology: In Practice and it is very good news for many adults.

Intranasal corticosteroids are nasal sprays in the steroid family of medicines. These medicines are sprayed or inhaled into the nose to help relieve a stuffy nose, irritation, allergies, and other nasal problems. They can be bought over the counter or prescribed. To date, the precise role intranasal corticosteroids play in reducing the severity of COVID-19 infection has not been determined. “This study shows the importance of the nose in COVID-19 infection,” said study investigator Dr. Joe Zein, who is a pulmonologist at the Cleveland Clinic, Cleveland, Ohio. “The nose, in this instance, is the gateway to our bodies, allowing the virus to enter and replicate within. The use of intranasal corticosteroids may help disrupt that gateway.”

Allergies to mRNA-based COVID-19 Vaccines Appear to be Rare

Allergic reactions to the new mRNA-based COVID-19 vaccines are rare, typically mild and treatable, and they should not deter people from becoming vaccinated, according to research from the Stanford University School of Medicine. "We wanted to understand the spectrum of allergies to the new vaccines and understand what was causing them," said the study's senior author, Dr. Kari Nadeau, who is a Professor in Pediatric Food Allergy, Immunology, and Asthma.

The study, which was published in JAMA Network Open, analyzed 22 potential allergic reactions to the first 39,000 doses of Pfizer and Moderna COVID-19 vaccines given to health care providers at Stanford soon after the vaccines received emergency use authorization from the Food and Drug Administration (FDA).

Most of those in the study who developed reactions were allergic to an ingredient that helps stabilize the COVID-19 vaccines. They did not show allergies to the vaccine components that provide immunity to the SARS-CoV-2 virus. Furthermore, these allergic reactions occurred via an indirect activation of allergy pathways, which makes them easier to mitigate than many allergic responses. "It's nice to know these reactions are manageable," said Dr. Nadeau, who directs the Sean N. Parker Center for Allergy and Asthma Research at Stanford in California. "Having an allergic reaction to these new vaccines is uncommon, and if it does happen, there's a way to manage it."

Estimated rates of severe vaccine-related anaphylaxis (allergic reactions bad enough to require hospitalization) are 4.7 per million doses for the Pfizer vaccine and 2.5 cases per million doses for the Moderna vaccine, according to the federal Vaccine Adverse Event Reporting System. However, the federal system doesn't capture all allergic reactions to vaccines, tending to miss those that are mild or moderate.

The COVID-19 pandemic triggered life expectancy losses not seen since World War II in Western Europe, and exceeded those observed around the dissolution of the Eastern Bloc in central and Eastern European countries, according to new research.

Investigators assembled an unprecedented dataset on mortality from 29 countries, spanning most of Europe, the US and Chile. These are the countries for which official death registrations for 2020 had been published. The researchers found that 27 of the 29 countries saw reductions in life expectancy in 2020, and at a scale which wiped out years of progress on mortality, according to the paper published in the International Journal of Epidemiology.

Women in 15 countries and men in 10 countries were found to have a lower expectancy at birth in 2020 than in 2015, a year in which life expectancy was already negatively affected by a significant flu season. “For Western European countries, such as Spain, England and Wales, Italy, Belgium, among others, the last time such large magnitudes of declines in life expectancy at birth were observed in a single year was during WW-II,” said study’s co-lead author Dr José Manuel Aburto, who is with Oxford University in England.

However, he said the scale of the life expectancy losses was stark across most countries studied, and 22 countries included in the study experienced larger losses than half a year in 2020. Females in eight countries and males in 11 countries experienced losses larger than a year. To contextualize, it took on average 5.6 years for these countries to achieve a one-year increase in life expectancy.

Across most of the 29 countries, males saw larger life expectancy declines than females. The largest declines in life expectancy were observed among males in the US, who saw a decline of 2.2 years relative to 2019 levels, followed by Lithuanian males (1.7 years decline).

Life expectancy, also known as period life expectancy, refers to the average age to which a newborn lives if current death rates continue for their whole life. It does not predict an actual lifespan. It provides a snapshot of current mortality conditions and allows for a comparison of the size of the mortality impacts of the pandemic between different countries and populations.