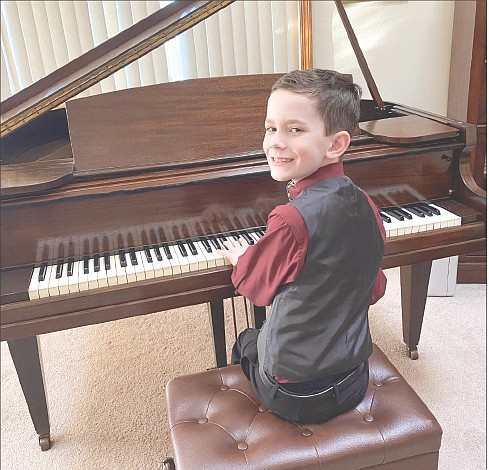 When the author downsized and needed to find a new home for her beloved piano, the story of how it ended up with a talented young musician brought tears to her eyes

When I had to give up my treasured piano, it felt like I was letting my father down. He grew up in rural Eastern Washington during an era when music was just about the only way families had to entertain themselves. On Saturday evenings, they gathered around the upright and everyone sang along.

Soon after Dad and Mom moved out of their honeymoon cottage and into a house big enough, they bought a baby grand piano. There were lessons for my older brother and sister, but they didn’t take to it. I was the ‘musical’ child.

Three years ago, I had to face reality. Downsizing, I no longer had room for it. I put an ad on Craigslist hoping to find a good home. What happened next elicited this response from my brother — “Fantastic, beautiful, brought tears to my eyes.”

Here is the story:

One month after waving goodbye to the piano, I received an email from the new owner, Chutz. Chutz is just as unique as her nickname. A grandmother with a “How hard can it be?” attitude had already taken the piano apart. “For its age, this piano is in remarkable shape,” she wrote. “I’ve dusted the action, re-lacquered the black keys, sanded, and reshaped the hammers.”

I shared the photos she sent to me with my brother. We were both moved to tears. Who decides to restore a 1920s vintage Drachmann piano to showroom perfection? Chutz, that’s who.

In the middle of all this, she blew out a knee. The emails stopped coming and I worried about her health more than the piano. Then, last September, she emailed me with astonishing news.

She’d finished the restore; stripped, sanded and, with Sherwin Williams’ help, chose a rich walnut stain. “I think you’ll be happy with my decisions on the piano,” she wrote.

One day, an acquaintance was showing Chutz a video of her son, Nathaniel, playing at a recital. A light bulb went on. She decided to give the piano to this talented young musician who has performed with a full orchestra as part of the Orchestral Recital Series of Tacoma. (When Chutz learned of him), Nathaniel, nine-and-a-half years old, had been playing piano for only two-and-a-half years. His piano teacher, Phyllis Twedt, has noticed her talented student plays more expressively now and attributes that to the beautiful tone of the piano gifted to him.

Nathaniel’s mother, Sara Gilfeather of University Place, plays piano, flute, and violin. She tells me, at two-years-old Nathaniel would bang the keys on their digital piano, turn around and declare, “I’m a music man!”

Nathaniel is an exceptional third-grader, enrolled in a program for gifted students. He’s a regular kid too who loves s’mores, swimming, coding and playing with his three cats.

A career in music for Nathaniel? Sara writes, “Our primary goal for him is to grow up to be a happy, well-rounded, kind person. He is well on his way in our opinion.”

I think so, too. Sara says he had a huge smile when he heard his new piano for the first time. All along, Chutz wondered, “Why did I, one day out of the blue, decide to browse free musical instruments?” Chutz answered her own question the day it dawned on her—to give the restored piano to Nathaniel.