Find inspiration in the natural splendor of Olympic National Park 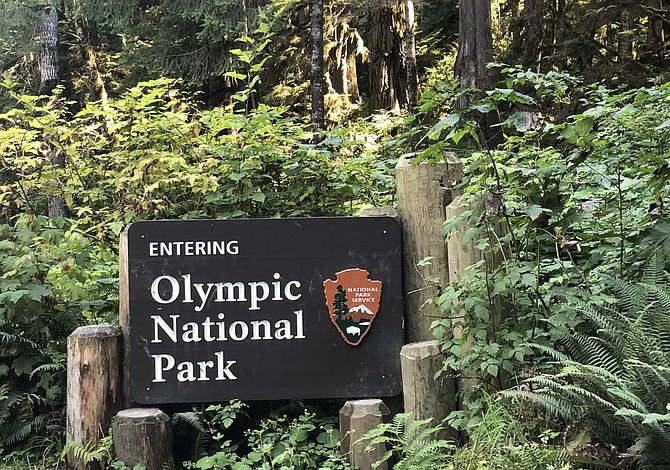 Diversity is the hallmark of Olympic National Park. Located in northwestern Washington State, on the Olympic Peninsula, the park protects a wilderness spanning nearly a million acres. It is often referred to as “three parks in one,” as it boasts three distinctly different ecosystems: rugged, glacier-capped peaks, old-growth and temperate rain forests and over seventy miles of wild Pacific coastline. 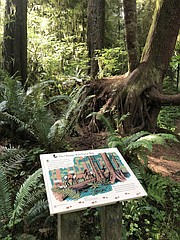 President Roosevelt established Olympic National Park in 1938 and in 1988, nearly ninety-six percent of the area was designated as wilderness. Much of the park’s interior is accessible only by trail, but there are several scenic drives and spur roads that lead to various key destinations.

At the southwest end of the park is the Quinault Valley, known as the “Valley of the Giants.” It’s home to the largest Sitka Spruce tree in the world, along with massive Hemlock, Douglas Fir and the mighty Western Red Cedar. Within the valley is the Quinault Rain Forest, one of three temperate coniferous rainforests in the Western Hemisphere. It receives an average of twelve feet of rain per year, which is responsible for nourishing this complex temperate ecosystem. Make sure to take your waterproof gear no matter when you visit.

Hiking is plentiful in this area with fifteen well-established trails. Dripping, moss-draped bigleaf maples create a mystical and primordial scene. Keep your eye out for the stately Roosevelt Elk and the Black Tail Deer, or the elusive cougar. Up to 600 elk live in the Quinault Valley so your chances are good to spot one or two.

If you are unable to stay at the historic Lake Quinault Lodge, make sure to stop in for a peek, a meal or to rent one of the boats to take out on the lake. This handsome timber structure, which dates back to 1926, sits on the banks of a majestic glacier-carved body of water. Lake Quinault is a natural lake formed by a glacier that receded into the mountains many thousands of years ago. Meander the trail that goes along the lake for easy-on-the eyes views.

The lodge has a number of different style rooms (some which are pet-friendly), a cozy lobby, spacious outdoor veranda, indoor swimming pool, game room and the well-known Roosevelt Dining Room with its spectacular view of the lake. This restaurant shines, particularly at dinner, when guests are treated to a variety of tasty regional specialties, with seafood the main attraction. There’s also a general store conveniently located across the street that sells everything you need for a picnic lunch.

People tend to congregate in the lodge’s lobby during the late afternoon and evening hours. They read, play board games, plan their next day’s hikes or doze off in front of the crackling fireplace. It’s a scene right out of a Currier & Ives picture.

To learn about the fascinating history of the Lake Quinault area, visit the Lake Quinault Museum, which is right across the road from the lodge. Artifacts, photos and written materials reflect many aspects of native and pioneering life. Prominent in the collection are native dugout canoes and basketry, written pioneer histories and early-day educational materials.