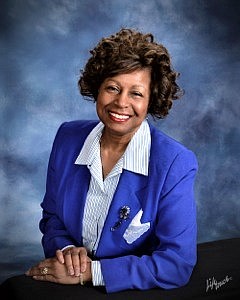 Former Lynnwood City Council member Shirley Sutton will be the 2020 recipient of Lift Every Voice Legacy Beloved Community Award for a generation of public service to her community as a community activist, youth empowerment program manager, college administrator and political leader. The award will be presented at the Tribute to Rev. Dr. Martin Luther King, Jr. at 7:30 pm on January 20 at Edmonds Center for the Arts.

“While Ms. Sutton fell short of winning a second term for the Lynnwood City Council last year, those who know her well also know her work for inspiring a Beloved Community – neighborly love, reconciliation and redemption – is far from done,” said Donnie Griffin, founding principal of the Lift Every Voice Legacy (LEVL) while announcing the award recipient on behalf of the group’s board of directors.

Sutton said she inherited the value of community love and action from her parents while growing up in Yakima during the early 50s. After her parents were denied bank financing to start a local grocery store, Sutton said the members of their impoverished community donated what they could so her parents could get the business going on a modest start. Never forgetting what their community did for them, Sutton said her parents established store credit for the community’s low-income families making a significant difference in their quality of life.

“My parents taught me early in life to be a champion of community-building, particularly for marginalized citizens of our community. I’ve been doing it all my life.” Some examples of her of her lifetime work include:

· Working for the Yakima area school district as director of youth programs, she guided juveniles away from the criminal justice system through court diversion initiatives

· As a college administrator, she created and led culturally rich and diverse programs while mentoring many students and staff as Edmonds Community College Executive Director of Diversity Affairs

· And as an elected representative on the Lynnwood City Council, she championed diversity, equity and inclusion efforts and became a strong voice in the development of human services and affordable housing initiatives

· She has also been a visible and often behind-the-scenes supporter of many local area community-based organizations and leaders which contributed significantly to her receiving the Snohomish County NAACP Carl Gipson Lifetime Achievement Award earlier last year.

“Shirley Sutton is a humble and unselfish role model for all of us in our aspiration to live in a community that rises above the social, spiritual and political divisions that negatively often affects our well-being today,” Griffin added.

LEVL is presenting both a morning and evening program honoring the works of Rev. Dr. Martin Luther King Jr.’s vision of a Beloved Community. The program will seek to encourage, inspire and engage its audience through avenues of song, spoken word and dance.

The Tribute to Dr. King is just the starting point to a continuing effort to inspire a Beloved Community free of hatred, injustice and poverty throughout our neighborhoods in South Snohomish and North King Counties.

A Beloved Community – Morning Program for children, youth and families will also take place at 10:30 am to noon on January 20 at the Edmonds Center for the Arts. Admission to the morning program is free and will feature Kaleidoscope Dance Company, Northside STEP, coloring and reading spaces.

General Admission tickets for the Evening Program are $12; $5 for students; and $15 day of the event. For tickets and information, contact the ECA Box Office at 425.275.9595 or online at ec4arts.org