Eat the fruit, not the juice 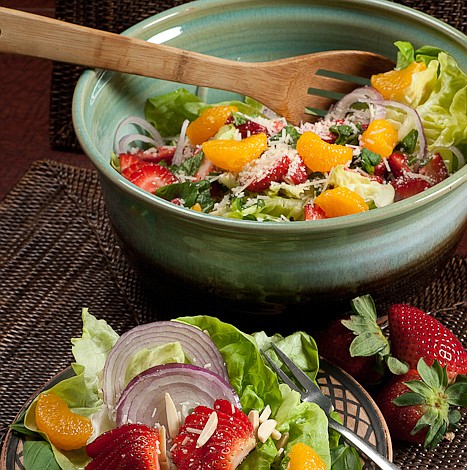 When I tell people to avoid high-calorie beverages, they think I mean sweetened sodas. I do. But I actually mean everything they drink, even fruit juice.

Many Americans consume more than 25 percent of their recommended daily calories in juice, soda pop, flavored coffees and energy drinks.

Liquids leave the stomach faster than solids do, and they don’t fill you up. So your body doesn’t think you’ve taken in calories and you end up eating the same amount of solid food you would have otherwise. Biologically speaking, humans were not designed to drink liquids that have calories in them. We’re designed to drink water, and maybe milk.

Juice is a prime example of the problem. One small apple has about 40 calories. It probably takes me about five minutes to eat it. An 8-ounce glass of apple juice has almost three times the calories – about 110. I like apples, but I am unlikely to sit still long enough to chew and swallow three of them, which is what I would have to do to get that many calories. Plus, I would get full after the second apple. But I can drink three apples’ worth of juice in under a minute and not feel full.

We know from studies that chewing fruit instead of drinking juice stimulates hormones that make us feel less hungry. And the fruit, like all whole foods, takes longer to move through our gut, providing valuable fiber as well as making us feel full.

Men’s Health website, one of my favorites, lists the 20 worst beverages in America. It shows the caloric equivalent of sugary beverages in junk food. One glass of sweet iced tea, for example, equals six doughnuts. One glass of lemonade equals seven bowls of Froot Loops cereal. Too bad they don’t stack up three apples next to the apple juice, or four oranges next to a glass of orange juice.

To cut back on high-calorie juice, keep a bowl filled with luscious in-season fruits. Instead of orange juice with breakfast, have an orange. Or try this fruity salad at dinner. The dressing is low in sodium and delicious.

[Katy G. Wilkens is a registered dietitian and department head at Northwest Kidney Centers. The National Kidney Foundation Council on Renal Nutrition has honored her with its highest awards: the Susan Knapp Excellence in Education Award and the Joel D. Kopple Award for significant contributions in renal nutrition. See more recipes at www.nwkidney.org.]