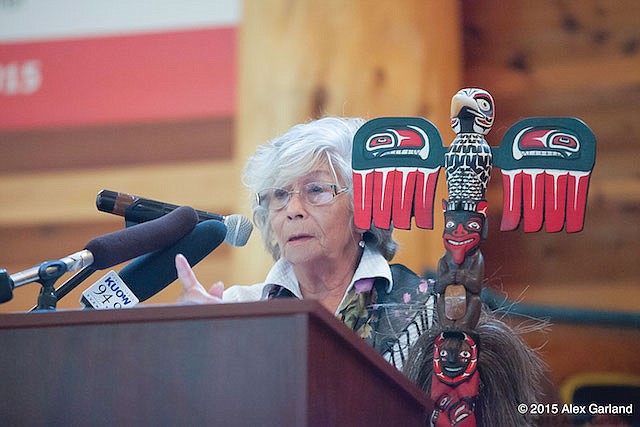 Cecil Hansen, Chairwoman for the Duwamish Tribe, was instrumental in creating the Duwamish Longhouse and Cultural Center. Photo courtesy alexgarlandphotography.com

...by Kristina Pearson, with Kyla Evans 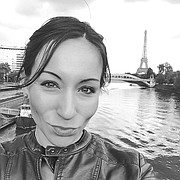 As a kid, I practically grew up at the Duwamish Tribal Services office in Burien. I most remember the taste of envelopes – prepping mailers for what seemed like hours – playing with the copy machine and making mad dashes next door for a treat from McDonalds. The office back then was modest; one could hardly tell it was the home of Seattle’s first people, but it certainly felt like home to me.

My grandmother, Cecile Hansen, has been the Chairwoman for the Duwamish Tribe since 1975. She is the great-great-grandniece of Chief Seattle and a Native American Princess in her own right. She also happens to be my lifelong hero and the champion of the Duwamish Tribe’s mission to reclaim our history, celebrate our present and build our future. My grandmother and I, along with hundreds of other tribal members, are Duwamish Indian, the People of the Inside. Our longhouses once lined the Duwamish River and downtown Seattle where today you can find the famous Pike Place Market and Pioneer Square. In 1855 our Chief, and Seattle’s namesake, peacefully signed the Point Elliott Treaty. The treaty guaranteed my ancestors compensation for their land, the right to govern themselves and fishing rights in the waters surrounding the Puget Sound. In exchange, we signed over 54,000 acres to the U.S. government and welcomed the first settlers. But, as is the case with innumerable tribes across North America, our rights guaranteed by the treaty have been far from honored. Not until 1964 did we received first payment for the land and to this day we have been denied official recognition from the federal government.

Still, through the relentless work of Cecile and countless others, we were able to build a new home. Today, the Duwamish Longhouse and Cultural Center is a gathering place, a museum and home to the Duwamish Tribal Services – it is a place that houses immense hope. Opened in 2009, the Longhouse is a traditional cedar post and beam structure designed in the Puget Salish style. It proudly sits near the mouth of the Duwamish River across from what remains of an ancestral village. 2019 marks the celebration of our 10-year anniversary with over 50,000 visitors, and counting, from all around the world.

I still make frequent trips to the Duwamish Tribal Services office, now as the Tribe’s public relations officer and member of the Tribal Council. When I pull up to the stunning Longhouse on 4705 West Marginal Way South in Seattle, I see a home that carries with it an overflowing sense of pride. I also see the fruits of all those mailers sent out over the years, and the resilience fostered among our small tribe and community. I’ve learned that our strength as the Duwamish people comes from defining our own story and living our truth. Recognized or not, we continue to move forward.

Every year we hold a fund¬raiser to help with operating costs; this year celebrates the 10-year anniversary of the opening of the Longhouse. Held October 11th at Miner’s Landing at Pier 57 from noon to 3pm, the gala will feature brunch and art auction. Tickets also include the opportunity to connect and give back to the city’s first people.

There is something poignant about holding our gala right on the Seattle waterfront, a sacred place where the Duwamish people have lived and gathered since time immemorial. Please join us in our celebration!

You are invited to the Gala to celebrate the opening of the Longhouse. Held October 11th at Miner’s Landing at Pier 57 from noon to 3pm, the event will feature brunch and art auction.

Seating is limited; reserve your tickets today! Tickets are available at www.2019duwamishgala.brownpapertickets.com. If you are unable to attend but would still like to support the Duwamish, consider donating on the Brown Paper Tickets event listing or by contacting the Longhouse directly at 206-431- 1582. Interested in learning more about the Duwamish Longhouse and Cultural Center? Check out www.duwamishtribe.org.