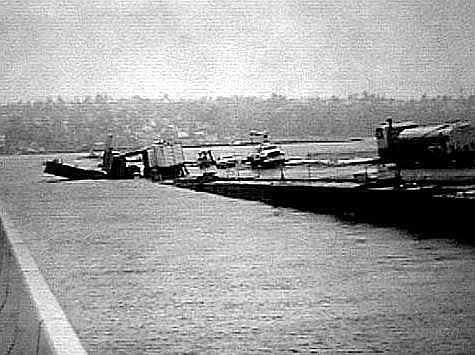 Calling the coordinator, my voice was vibrating from nerves while I told him the situation, adding I was done for the day, and bringing the bus back to the base for inspection. One of the students heard me say the bus was being evacuated, and asked, “Aren’t you going to drive us home? What are we supposed to do?”

All I could say was, “You’re in high school, figure it out.” I wasn’t about to reward dangerous behavior with a carpet-ride home. I wrote my report, and if there were any complaints, I wasn’t called into the chief’s office—surprise, surprise. Their mothers had not called in about their “sweet little darlings.”

Years of experience developed one of my favorite mottos, Expect the Unexpected. True words of wisdom. Bad weather was a real driving adjustment. I was on the road November 25, 1990, an all-day grey rainstorm, pouring down hard, like driving for hours through a pounding carwash rinse. Water by the curb reached the bottom step. I needed to be flexible entering every zone, at times unable to open the back door of the artic—I didn’t want any swimming passengers. Feeling like I was driving in a wet, colorless movie, a teenager boarded the bus, informing me, “Do you know the floating bridge has sunk?” One more prankster teen, not funny in miserable weather.

All I could say was, “Yeah, sure. It’s called the floating bridge because it floats.” A short time later the coordinator called all drivers with a public service announcement: “The Lake Washington Floating Bridge is sinking in the storm. Expect slow moving traffic and heavier than usual passenger loads.”

As I reached the University Hospital, southbound, the inside lights shut down. The bus was sunset dark at five-thirty peak hour. I called the coordinator, and he told me to see if the headlights worked. They were amazingly on. I checked the outside panel to see if I could flip some kind of switch to turn the inside lights on. No, nope, no way. The coordinator told me all the maintenance trucks were out on calls—reminding me, it was a traffic nightmare because the bridge had sunk; like I didn’t know. He told me it was my choice if I wanted to drive the route without inside lights.

I had a sixty-foot bus, full to the max, with cramped standing room. I held the microphone, announcing, “I will be driving through this stormy mess. The lights don’t work. Please be kind to each other. This will be a slow trip.” Oh, and the signage was out, so at each stop, I had to announce to wet people, huddled like ducks grounded by a brutal wind, “This is route 48 to Rainier Beach.” Of course fares weren’t even considered—providing a smooth flow of passengers entering and exiting.

I made silly little announcements along the way, “We’ve made it this far. Don’t the street lights look pretty?” On and on. By the time we arrived at 23rd and Jackson, I announced, “Please take turns sharing the seats with people who are standing. Thank you, everyone, for your patience.”