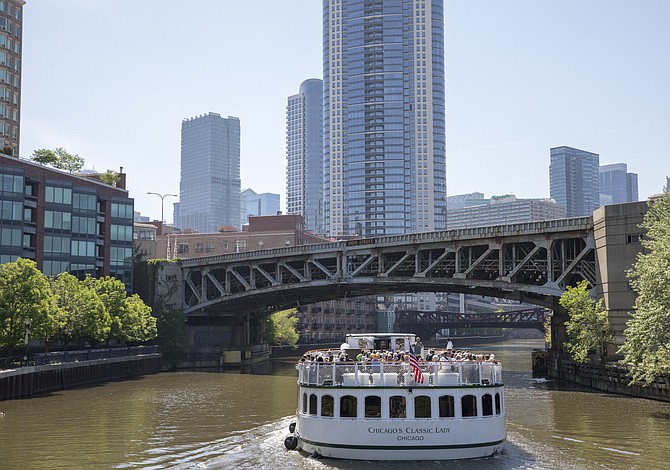 Ah, Chicago! Famous for its colorful history, vibrant culture, sports teams, food, and yes, climate, this Midwest hub is a magnet for visitors. They come to tour its venerable museums, take in a show at one of the many renowned theaters and performance venues, cheer on the Cubs, White Sox, Bulls and Bears, munch on a slice of Chicago style deep dish pizza, shop till they drop on the Magnificent Mile and stroll along picturesque Lake Michigan (unless it’s mid-winter when Mother Nature does its best to live up to the town’s nickname, “The Windy City!”).

Chicago is also an architectural mecca. It’s the birthplace of the skyscraper, boasting over 1,300 high-rises, nearly fifty which stand taller than 600 feet. This dynamic cityscape represents architectural styles ranging from Beaux Art and Art Deco to Mid-20th Century Modern and Contemporary. Over the years, innovative architects, such as Daniel Burnham, Bertrand Goldberg, Harry Weese, William LeBaron Jenney and Mies van der Rohe, helped determine the fabric and design of the town.

One of the best ways to appreciate this exciting landscape is via a Chicago Architecture Foundation Center River Cruise aboard Chicago’s First Lady. Tours are narrated by knowledgeable volunteer docents, who provide detailed information within the context of the city’s past and present. In just ninety minutes, you’ll get the best overview of Chicago’s architecture and its history, along with an understanding of the many ways the river has affected the development of the city.

As a steady parade of architectural hits passes by, you’ll hear how Chicago grew from a small settlement into one of the world’s largest cities in less than 100 years. It all began in the late 1700s with Jean Baptiste Pointe DuSable, a fur trader, who was the first non-native settler in the area. More settlers arrived and later Fort Dearborn was built at the mouth of the Chicago River to protect the western most front of the country at that time. The city was eventually incorporated in 1837 with 4,000 residents. Soon, a canal was constructed to connect the Chicago River to the Illinois River, which flowed into the Mississippi, thus enabling shipping to the Gulf of Mexico. The railroad was also a transportation boon to the area. 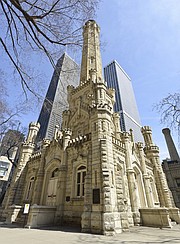 The city was definitely on the rise, but things came to a sudden halt with The Great Chicago Fire in 1871, a catastrophic event that destroyed the heart of the town – an area four miles long and nearly a mile wide. Over 17,000 buildings were destroyed and 100,000 people were left homeless. Legend has it that the blaze began when Mrs. O’Leary’s cow knocked over a lit lantern in the barn; however, other theories hold that humans or possibly even a meteor might have been the culprit. The true cause of the fire has never been determined.

One of the few buildings to survive the building was the Chicago Water Tower. Built in 1869 and designed by William Boyington, it’s the city’s most familiar and treasured landmark. Today, it houses the City Gallery, which showcases Chicago photography.