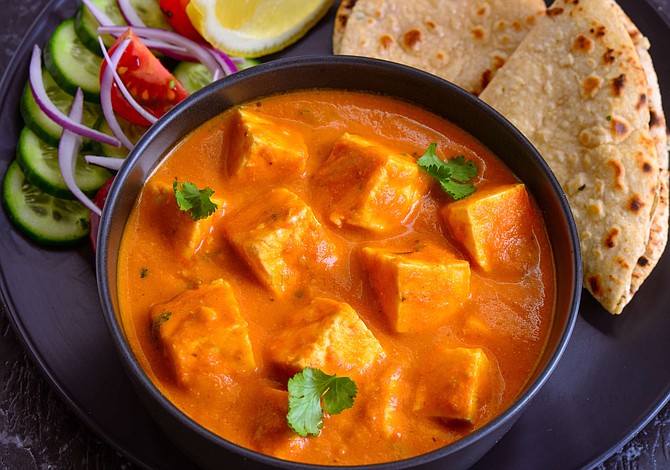 Homemade paneer is delicious and a good way to eat healthy low-salt cheese.

When you follow a low-sodium diet, cheese can pack a salty punch. In fact, it’s one of the top 10 foods contributing salt to the American diet, and salt is a big problem for people who want healthy hearts and kidneys. But there are great low-sodium choices. You just have to know where to look.

To help cut salt, we have been playing around with a soft cheese from India called paneer. Most brands are very low in sodium. The Nanak brand from Canada has only 5 mg of sodium per ounce. That is really low!

You can buy paneer in international grocery stores, Costco carries the Nanak brand, or you can make it following this simple recipe below. You can also substitute extra firm tofu in both of these recipes.

Heat milk in a pot over medium heat, stirring frequently, until it begins to boil. Reduce heat and add citric acid 1 teaspoon at a time, stirring until the curds and whey separate. Remove from heat and allow to cool 5-10 minutes. Pour milk into a strainer lined with cheesecloth. Allow the whey to drain, and then press curds firmly to remove additional liquid. Press curds into a block and chill for two to three hours before cutting into cubes.

Heat half of butter in pan and fry paneer until golden brown. Set aside. Add remaining butter to pan and melt. Add onions, garlic, ginger and chili and cook until softened. Pour in coriander and cumin and let cook a few minutes, until seeds start popping. Add tomatoes and simmer 10 to 15 minutes. Carefully transfer to blender and puree until smooth. Return paneer and sauce to the pan and heat through. Add curry powder and coconut milk or yogurt. Cook two more minutes, remove from heat, and serve.