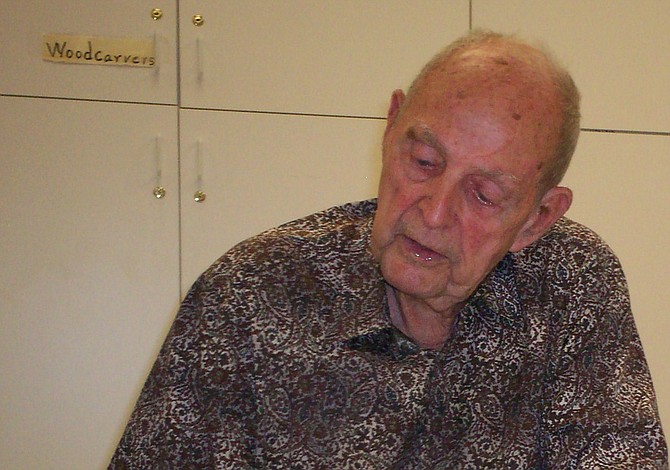 This is the first time in my life where I attempt to write about my father. He never was

As I look back at him today, there were three things that defined him: 1) A Stetson hat that always looked brand new, 2) a pair of cowboy boots that just glistened, and 3) you always saw a man whose word was good as gold!

We were all in the bank. Today, we all were getting our school clothes. Father told the banker how much money he wanted. Everything was going fine. This banker was brand, spanking-new. His big mistake was, he slid a paper to Father and wanted him to sign for the cash. BIG Mistake! The next thing the banker knew was my father's fist was hitting him right between the eyes! He just folded-up.

When the police arrived, they asked Father what was going on. Father said, "I told the silly S.O.B. how and when I would pay it back!" The bank manager arrived and said, "Mr. Wilson, it's so good to see you! Here's your cash. Always glad to do business with you."

I learned, by observing my brother and sisters dealing with Father. His stock answer to any kid problem was, "You created this problem! It's your job to solve it. Get after it!"

The only problem with this (which he didn't say) was, "Don't let the solution of your problem embarrass this family in any way!"

I could never get on the same page with him. My friend asked his dad for a dime to go to the movie on a Saturday. His dad smiled, and gave him the dime. I thought that was really cool! When I put this on Father, he jumped out of his chair, slapped both hands on his knees and said, "What!? You're asking me for money!?" I said, “Yes.” He asked me, "What do people do when they want money?" I said, in return, "They get a job, do the job—and get the money." So, I did just that! I found a lawn to mow, made 25 cents, rode the bus both ways, bought popcorn, and paid 10 cents for the movie. I never asked Father for money again.

A tough lesson, but one that has stayed with me for a lifetime. He insisted that in order to be a success, you needed to WANT it so badly that nothing would stand in your way.

Fight until it is yours! The only problem with this idea was that he expected you to do it in a manner that was perfect in his head—not yours.